Our inBloom email saga Part I: Waiting for John King to respond to the FOIL


I have taken  time during this holiday break to finally write up my experiences with my attempt to FOIL communications of the NY State Education Department regarding inBloom Inc.  Below is Part I.

Fighting inBloom took a long time, especially here in New York;  we were the first state to organize a campaign against this data-grabbing project of the Gates Foundation, starting in January 2012,  and  the last state to pull out, in April 2014, due to the amazing ability of our Commissioner, John King, to ignore the vehement opposition from the State legislature, including the leaders of both parties, the school boards, the state superintendents, the teacher union, emails from thousands of parents, and finally the Governor.   (Background on the inBloom controversy is provided on the Parent Coalition for Student Privacy here; newsclips here.)


While in other states, it took only a few months to a year of  protests for their State Education chiefs to feel the pressure and pull out of inBloom, here in NY it took two and a half years and an act of the State Legislature as part of the budget deal on March 31, 2014 to convince our Commissioner this data-sharing arrangement was now illegal and thus could not be sustained.  (Here is a timeline of events.)

But nothing was more frustrating than the year and half wait we had to endure, even after inBloom had closed its doors, to receive the emails between State Education Department officials and the private entities with whom they intended to share our most sensitive student data.   Here is that story.

On June 17, 2013, with the help of attorney Norman Siegel, we requested all email communications between officials of the NY State Education Department and the Gates Foundation, inBloom, the Shared Learning Collaborative LLC (inBloom's name before it became a separate corporation) , Wireless Generation (the major subcontractor for inBloom, hired to build the data system), and Amplify (Wireless Gen's new name after it was bought by Rupert Murdoch and hired Joel Klein to run this company as a division of News Corporation.)

We asked for the communications between January 1, 2011 and May 1, 2013 through a Freedom of Information Law (FOIL) request.  Actually, the request was made on behalf of the PS 75 PTA in District 3 in Manhattan and the Community Education Council in District 14 Brooklyn, whose members were very concerned about the inBloom plan and agreed that this was important information that parents had a right to know.

In NYC and throughout the state, as well as in all the other nine inBloom states and districts, parents were understandably concerned about the decision of their State Education Departments to share the highly sensitive personal information of their children with all these private entities, and especially furious that their states had refused to tell them anything about it beforehand, including in many cases what information they intended to share and under what conditions. 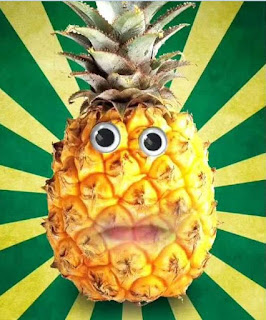 I had decided not to make a FOIL request on behalf of Class Size Matters, having previously experienced NYSED’s refusal to give me any information regarding the city's state-approved Contracts for Excellence plan.  NYSED staff had told me that the decision to bar me from receiving any information about the city's plan, which was clearly public information, had come directly from John King when he was Deputy Commissioner; and that he had specifically ordered them to withhold this information from me.  I had been forced to threaten a lawsuit to finally receive the plan, and when they did finally send it to me, months after it had requested it,  it had the words "Draft" on it, revealing that it was apparently not the final approved plan.

After King became Commissioner, he had even more reason to resent me.  Not only had I been the first person to bring attention to inBloom, but I had also  exposed the ridiculous Talking Pineapple questions on the NY state exams in April 2012, which soon became a nationwide scandal and a symbol of the lack of accountability on the part of the testing companies and State Education Departments, causing him to have to scrap that part of the exam.

He had also started receiving hundreds of emails from parents,  demanding that he withhold their children's information from inBloom, and arguing that it was unethical if not illegal for him to provide this information without their consent.

Then in October 2013, he told reporters that he was going to cancel all future Town Hall meetings about the Common Core, after the first disastrous one  at Spackenkill High School in Poughkeepsie,  because, he explained, parents were being manipulated by private interests.  When the reporters asked which private interests, he identified two: NYSUT, the state's teacher union and Class Size Matters -- apparently because an parent whom I had never met had asked him about inBloom at the Poughkeepsie meeting.

King was eventually forced to resume these meetings throughout the state, where the issue of inBloom arose each time.  Even before then, I had figured out that he was not my friend, and that he would surely deny any access to the emails if my name or my organization was associated with the FOIL.

On July 30, 2013, six weeks after the initial request, the NYSED Records Access Officer responded to our attorneys:

Note the above date that we would have to wait for, before we would learn whether they would provide any of this data or not – more than a year later on July 31, 2014! This is ridiculous amount of time to wait, given that these communications were clearly subject to the state’s public record law, and other states, including Louisiana and Illinois, had responded within a few weeks  to almost identical FOIA requests from parents and advocates trying to find out more about their state's participation in their inBloom data-sharing arrangements.

After speaking to the NYSED Records Officer, Norman Siegel advised me that rather than take this denial to court, we should narrow our request, which we promptly did.  We selected  twelve individuals who were most likely to be involved in the state's communications and decisions as regards inBloom.  On August 16, we amended our request, now asking for the emails between the following state officials and the corporations mentioned above:

One week later, we received a reply from NYSED that our request was under consideration, and we would hear by September 9 as to whether our request would be granted or denied.  Predictably, September 9 came and went without any further communications from NYSED.

Finally, after several prodding phone calls by our attorneys to the Records Officer, on Nov. 7, 2013, she wrote back that our request was still under review, and that our request “would be granted in part on a rolling basis and be completed by November 28, 2014.”!!!

Again, more than one year later.

Contrast this to the situation in Louisiana, when a similar  Freedom of Information request by Lee Barrios to State Superintendent John White for the communications between state education officials and the Gates Foundation, the Shared Learning Collaborative, and/or Wireless Generation  was made on January 22, 2013.  The fulfillment of that request, including hundreds of emails, occurred in less than a month; on or before February 20, 2013.  (For excerpts from those fascinating emails see here and here.)  Less than two months later, on April 19, 2013, John White announced he was pulling out of inBloom.

In Illinois, a similar FOIA request to the Illinois State Board of Education was made by Julie Woestehoff of PURE in May 20, 2013; the first tranche of these emails was mailed to her on a CD on June 14, 2013; the second tranche  on June 26, 2013.  (The dates of her requests and the ISBE letters in responses are still available on the ISBE website.)  The Illinois State Commissioner announced the cancellation of that state's data-sharing deal on Nov. 27, 2013, leaving New York the last known client of inBloom.


In other words, the longest it took for Lousiana and Illinois  to fulfill a more expansive request for all the communications between their state education officials and these corporations was approximately six weeks. In contrast, despite a more limited request, the NY State Education Department said we would have to wait for more than a year without receiving a single email – and in the end, we might never receive a single one.

Our attorneys called NYSED and left numerous messages, to ask why it should take over 15 months to process the request, even though we had narrowed the scope as they had suggested. No one at NYSED would answer any of their calls.   Finally, on January 9, 2014, the attorneys appealed this effective denial to the Commissioner, in a letter posted here. (Yes, this is the mandated procedure; we had no choice but to appeal to King himself.)  Here is an excerpt of theappeal:

Then we waited, waited and waited even longer for the Commissioner’s decision on our appeal.
Nine months later, on September 15, 2014, the attorneys finally received his decision, dated September 2.

“Having considered factors such as the duties of the offices involved in responding to the amended FOIL request; the staff time available for this purpose; the necessity of legal review at various times; that some of the requested individuals are likely to possess multiple responsive records, many of which could require redactions; and the overall score of the request, I find that a “date certain” of November 28, 2014 is reasonable for the completion of SED’s response to the amended request.”

Following this, more than two more months passed, and November 28, the date they had promised to start fulfilling our request, came and went without any action on their part.

I finally found an attorney willing to file an Article 78 appeal who would  only charge a minimal amount.  She had begun to prepare the legal papers when on December 10, 2014 it was announced that King was resigning as Commissioner to join Arne Duncan as his “senior advisor” at the US Department of Education.

The very next day, on December 11, 2014, Norman Siegel’s office emailed me that NYSED had finally responded to our request “in part” and they had received “a few hundred pages of information” in the form of documents and emails. Coincidence?  I think not.

Our travails in having to wait 18 months for any of these communications, and then to receive them the day after King announced his resignation, is further evidence that the inordinate delay had been due not to the amount of staff time it would take to search for these emails, and make necessary redactions, but his decision to deny the public this information. This was a glaring contrast to his apparent eagerness to give away our children’s personal student data to inBloom and other vendors, without our consent.

As to the issue of transparency: Just a few weeks ago, Cuomo vetoed two bills, passed unanimously by the Legislature.  One bill would have limited to two months the length of time a state agency can delay a court-ordered release of information while drafting an appeal; the other bill would have allowed judges to award attorney fees to individuals who win cases against state agencies that unfairly deny information with “no reasonable basis.”

After a barrage of criticism, Cuomo partially reversed his veto, by signing an executive order that would require “mov[ing] post-haste in filing a notice of appeal, setting the record on appeal, and filing a brief, within 60 days, absent extremely complex matters or extraordinary circumstances outside agency control.”  Whether this would require the state agencies to move more expeditiously before an appeal is brought in court is unclear to me.

Check out Part II with events and the backstory from FOILed emails from 2011, showing the beginning of the data sharing project and how the Gates Foundation recruited John King into the project; Part III reveals how NYSED and Gates officials react to questions about their plans  in 2012, and Part IV recounts the launch of inBloom in 2013, soon followed by increasing controversy in the media and parent protests, leading to its collapse.