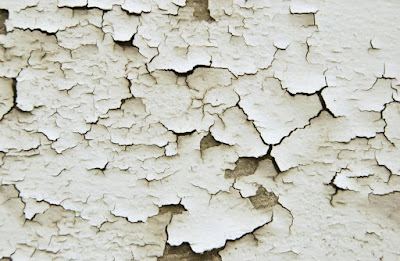 Update: 9/4/19: The DOE went back and found elevated levels of lead  in twice as many spaces, including 1800 classrooms for preK, Kindergarten and 1st grade students as well as some common areas, and says all these spaces have now been "remediated".  Check out the DOE press release and the latest by reporter Christopher Werth here.

Update: The current state action level for lead in water of  15 parts per billion – the threshold at which remediation must occur – is not a standard based on health or safety, as any amount of lead in water or blood can have negative effects.  Environmental advocacy organizations such as the Natural Resources Defense Council and the Healthy Schools Network are advocating for NY to lower its action level to 1ppb before public schools begin testing their for lead by 2020.  More on this here.
The model bill is posted on the NRDC website here.   The bill also requires specific remediation efforts including filtration systems on any affected water outlets. NRDC also posts a detailed explanation of the problems with the current system of testing for lead in water in NYC schools, and how the model NYS bill follows the law adopted by the District of Columbia.

The DOE found peeling lead paint at 486 schools built before 1985, including over 938 classrooms serving kids in 3-K, Pre-K, Kindergarten and first grade. More on this at Gothamist [with a WNYC radio sound file],  Chalkbeat and NY Post.


The ramped up inspection is a result of investigative reporting by Christopher Werth of WNYC , who wrote in Gothamist earlier this summer how he had found lead paint in classrooms  here and here; and a letter sent by members of Congress to the DOE as a result of his reporting.
Here is the DOE spreadsheet of the schools inspected and the results.
The DOE says they plan to remediate all these classrooms before Sept., by covering the peeling paint with a “certified primer” and painted over twice.
Yet it doesn’t appear that DOE also checked for lead dust on the floors, which can also be quite toxic, especially for young kids who sit on the rug for “circle time”, as pointed out by Werth in the WNYC interview and earlier Gothamist articles.  And they haven’t checked any classrooms for kids over six, or common areas.
The Chalkbeat article also has a searchable list of the 500 schools that still have water outlets that were found to have lead levels still above the “action level” of 15 parts per billion, though the DOE claims to have “remediated” all but 15 of these outlets once again.

Which brings up the question, if they had remediated them last year, as they claimed, how effective is the process by which they address this?

The DOE should immediately inform parents at all schools with classrooms that tested positive for lead.  The more research is done about lead and its effects, the more scientists realize that even children with tiny amounts of detectable lead in their blood are more likely to have academic and behavior problems.  See my earlier blog post about this, as well as these two scientific studies.
All parents should also probably have their kids tested for lead, especially if their schools are on the list but even if not.  Too often children go without lead testing, as reported by Reuters.

One good thing is that there is new research showing that medical treatment to remove lead from blood can be effective, according to a paper published in the American Economic Journal: Applied Economics and discussed in Chalkbeat here.
In the fall, you can also contact the DOE to report peeling paint in in your child’s school through the Paint Reporting survey .  For more information, check out the DOE webpage here.
Posted by Leonie Haimson at 8/01/2019 10:20:00 PM

If I'm wrong correct me, but part of the DOE lead water policy is to have custodians run faucets for a period of time every morning. Yeah right, like that's gonna happen. We had a few fountains at my school that required that and after people complained that they didn't think it was happening, the custodians just turned them off permanently. Oh, and why did they doubt the custodians, because for the first week or so the sink/faucet combo's were wet when they got to school. Then, they weren't. Complain, and then wet sinks for a day or so, until not wet again, but according to custodians they did it everyday.