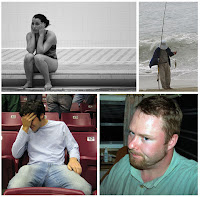 Mayor Bloomberg’s reaction in the NY Daily News to Thursday’s much-anticipated Commission on School Governance Report from the NYC Public Advocate’s Office was, predictably, haughtily dismissive. “Just a political thing,” he commented, as if the steady stream of press releases and television ads emanating from the Tweed public relations machine was something far more noble and pure. Ever on the alert for the telling metaphor, Mayoral supporter Kathryn Wylde threatened the dangers of ANY legislative changes in the Mayoral control law by hearkening back in one fell swoop to Condoleeza Rice's smoking gun/mushroom cloud and Hillary Clinton's doomsday, 3:00 a.m. call on the dreaded red telephone: "Who knows what can happen in the middle of the night in Albany." Yes, that's right, NYC public school parents: Be afraid, be VERY afraid.

The Mayor and his mouthpieces have little reason to complain, however. Instead of a badly-needed call for action and meaningful change, the Commission offered up a timid program of tweaking around the edges that would leave governance of the public school system virtually unchanged: the Mayor and Chancellor in full and unfettered control, accountable and answerable to no one, with parents and children still on the outside, looking in.

Given Ms. Gotbaum’s past criticisms of the DOE under Mayoral control, her Commission’s 48-page School Governance Report is an astonishing disappointment. The document is larded with typographical errors, overly devoted to background material on its own workings and theories of school governance, and devoid of any genuine assessment of the last five years of Mayoral control. Far worse, however, the report offers up recommendations that run from the non-relevant-to-governance obvious (follow City Charter guidelines on procurement of services, a reference to the DOE’s 100 million dollar plethora of no-bid contracts) to the blandly ineffectual (please make the CDEC’s and SLT’s more effective and give parents more opportunities for meaningful input!) to the maintenance of a barely modified status quo in the actual governance structure.

In essence, the Commission recommended retention of Mayoral control under the theoretically watchful eye of the Panel for Education Policy (PEP). That oversight body would continue to have 13 members, with eight still named by the Mayor and one each named by the Borough Presidents. The “bold” changes would be to give members fixed four-year terms corresponding to the terms of their naming authorities -- thereby ostensibly increasing their independence by immunizing them from sudden removal – and removing Chancellor Klein from Panel Chair and voting member to non-voting, ex officio participant. Under such a scheme, the Mayor still retains 61.5% control (8 of 13) of those named to PEP and purse-string control over most of the rest.

As we have seen over the past few years, the Borough President’s representatives (with the sole exception of Manhattan BP Scott Stringer’s representation by Patrick Sullivan) have been no more independent in their behavior or voting records than have been the Mayor’s hand-picked representatives. PEP has consistently looked more like a dozen rubber stamps wearing business suits, or a Jesus and his twelve disciples following in lockstep (Mr. Sullivan the doubting and often denying 13th), than an independent oversight and decision-making body. The Commission’s report does nothing to change this situation and leaves the Mayor’s and Chancellor’s current dictatorial powers to manipulate the public school system according to their whims and political needs virtually untouched.

To its credit, the Commission recommends reinstating the 32 school district offices to bring the DOE back closer to the local community level. It also offers a vaguely worded and rather weak-kneed suggestion that the Independent Budget Office (IBO) be given “explicit responsibility to report on the performance of the Department of Education.” The IBO offers hope for at least occasional independent evaluation and reporting, but even this recommendation falls far short of honest data auditing and investigative analysis.

The bottom line here is simple but alarming. Public school parents who have looked to the Public Advocate as one of their critical voices on NYC educational policy and governance have been dealt a harsh body blow. The Commission on School Governance Report is a clarion call for the status quo, long on rose-colored vision and short on specifics or real change. Under the governance system proposed in the Commission’s report, parents remain standing powerless on the outside, their voices barely heard and, even when heard, inevitably ignored or condescendingly dismissed as just so much carping by a disgruntled few.

In the coming days, I will have much more to say about the assumptions underlying two key aspects of the Commission’s report: Mayoral accountability and public participation.
Posted by Steve Koss at 9/05/2008 08:37:00 AM

The Public Advocate's office can be a platform for an ambitious politician with a strong voice, or it can be what it is today.

High expectations were not reasonable.