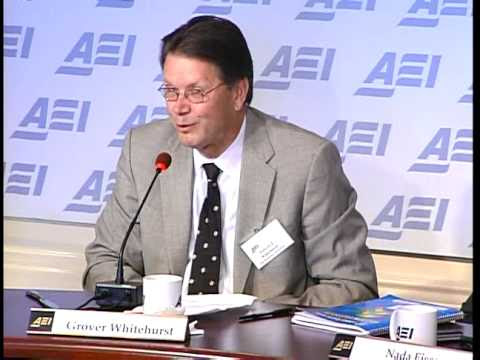 The State of Texas is being sued for inadequate school funding; with over $5 billion cut from school budgets last year alone, leading to unprecedented increases in class sizes. About two-thirds of the school districts in Texas — serving three-quarters of the state’s public school students — are plaintiffs.  What’s particularly tragic is that Texas was the first state in the country to systematically reduce in class size: in 1984, then Gov. Mark White pushed through legislation limiting classes to 22 in grades K-4th, following the recommendations of the Perot Commission.
And yet in recent years, more and more Texas districts have gotten waivers to this requirement as a result of these massive budget cuts.  One Superintendent testified that 291 elementary classrooms in her district exceeded the class size cap this year, compared to only 10 in 2010-11.  She added that “For every student you add, it becomes increasingly more difficult for teachers to meet the needs of students.”  She also said that only 5% of the students in her district were on track to be ready for college.
Countless educators and other expert witnesses have testified to the devastating effect these cuts have had on Texas schools, as well as on the benefits of smaller classes. Economist Diane Whitmore Schanzenbach testified that students in smaller classes  “tend to do better on standardized tests and even eventually become better citizens, more likely to own their own homes and save for retirement” and that “study after study shows that smaller classes often mean greater success for students.”
(Here is a study she co-authored showing that smaller classes increased the rate of college attendance, especially among poor students, and improved the probability of earning a college degree, especially in high-earning fields such as science, technology, engineering and mathematics.  Here is another study she co-authored, showing that these students were also more likely to own their own home and a 401K, more than twenty years later.)
The first witness called for the state’s defense on Friday was Grover Whitehurst, Senior Fellow at the Brookings Institute and a former Asst. Secretary of Education under George W. Bush.   With Matt Chingos, the popular go-to researcher for the corporate reform crowd, Whitehurst wrote a  sketchy report for Brookings in 2011, arguing that lowering class size was a waste of money, despite admitting in the report that “very large class-size reductions, on the order of magnitude of 7-10 fewer students per class, can have significant long-term effects on student achievement and other meaningful outcomes.”
Instead, Whitehurst and Chingos proposed funding unproven programs such as “choosing more effective curriculum; reconstituting the teacher workforce (for example by substituting Teach for America teachers for new teachers from traditional training routes); and enrolling students in popular charter schools in urban areas.”
And yet in the report, the authors cited no research evidence or cost-benefit analysis to back this up. They also proposed, again with no evidence, that laying off teachers and increasing class size could have negligible effects on student achievement if they firings were done right:


“If the teachers to be laid off were chosen in a way largely unrelated to their effectiveness, such as “last in first out,” then the associated increase in class size could well have a negative effect on student achievement. But if schools choose the least effective teachers to let go, then the effect of increased teacher quality could make up for some or all of any negative effect of increasing class size."   (I debated Matt Chingos about class size on CNN here.)

Yet when Whitehurst was at the US Department of Education from 2002-2008, he headed the Institute of Education Sciences, which in a 2003 report, cited class size reduction as only one of four examples of education reforms “found to be effective in randomized controlled trials – research’s “gold standard.”
As the lead off witness for the state on Friday Whitehurst argued that contrary to the claims of the plaintiffs, “Texas is doing pretty good” and that these huge budget cuts were immaterial because class size doesn’t matter.  Here is an excerpt from an article in the Dallas Morning News about Whitehurst’s testimony:


State attorneys also have been arguing that larger class sizes in Texas – the result of a $5.4 billion funding cut by the Legislature last year – have not hurt students because class sizes don’t affect achievement. Whitehurst testified in support of that position. But again, under cross examination by Dallas lawyer John Turner, Whitehurst had to acknowledge that he wrote an article praising a well-publicized study of lower class sizes in Tennessee that found significant improvement in student achievement. Whitehurst explained that he had changed his mind since writing the article and now has doubts that class size has much impact on learning. In later testimony, he said he was being paid $340 an hour by the state to testify in the case, and had already racked up 220 billable hours – for just under $75,000 – before he took the witness stand.