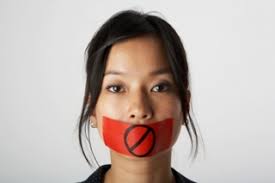 In June, in response to a lawsuit, New York State Supreme Court Justice Peter Moulton ruled that the NYC Department of Education is obligated to hold annual borough hearings on its Contract for Excellence (C4E) plan and include the transcript of these hearings when it submits its plan to the state – both of which the city has failed to do since 2008.  The law is clear that both borough hearings and presentations at Community Education Council meetings are required by the C4E statute passed by the NY State in 2007.


On Friday, the city announced it will appeal the judge’s decision and deny parents the right to provide substantive input on its C4E plan, a plan that determines how more than $500 million per year is spent; and how much is allocated towards reducing class size.


Over the last decade, the Bloomberg administration has shown a profound disrespect for parent input and disinterest in following the letter of the law.  One of the most egregious examples of this is its refusal to adhere to a robust public process in regards its plan to reduce class, required in the Contracts for Excellence law.  Instead class sizes have increased every year of the past five, are now the largest in the early grades in 14 years.  Even higher class sizes are expected this fall.


Wendy Lecker, senior lawyer for the Campaign for Fiscal Equity project at the Education Law Center, explained:   “In June, a court ruled the state Contract for Excellence law mandates timely public hearings in all five New York boroughs so parents can react to City’s school spending plan for 2013-14.  These hearings give parents the opportunity to provide input on how vital education dollars are spent in their schools.  Chancellor Walcott has decided to appeal which automatically puts the court order on hold.  It's deeply disappointing that the Chancellor is wasting time and taxpayer money fighting parents in court rather than holding public hearings so the City's parents can be full partners in their children’s education.”


Shino Tanikawa, a plaintiff in the lawsuit and the president of District 2’s Community Education Council in Manhattan, said: "The 15 minutes or so we can devote to this at a CEC meeting is inadequate both in terms of the depth of discussion and the amount of public input parents are able to provide given this important issue – which makes borough hearings essential.  The court agreed with us that the DOE did not follow the law, yet rather than do what is right, the DOE continues to find ways to minimize the voice of parents.  When will parents be treated as meaningful partners in educating our children?"


Isaac Carmignani, co-president of the CEC 30 in Queens and another plaintiff, agreed: “We sincerely hope that the Department of Education looks to uphold the law rather than try to circumvent it.  The presentations CECs receive are sketchy as best; well-publicized borough hearings are required by law and DOE should hold them, to allow for full public scrutiny and input on the need to reduce class size and the DOE’s failure to do so.  Class size reduction is one of the top priorities of parents both in my district and citywide.”


According to Leonie Haimson, Executive Director of Class Size Matters, “It is outrageous that the city is determined to waste thousands of dollars just to try to delay the attention to their failure to reduce class size until Bloomberg is safely out of office; and to block parent input in this way.  Instead of achieving more accountability with the nearly $600 million NYC receives annually as a result of the Campaign for Fiscal Equity lawsuit,  we have less, as the administrators at Tweed have used this program as a slush fund and principals have used it to fill in the gaps resulting from the DOE’s egregious budget cuts to our schools.”


This is just one of the many failures of DOE to be accountable for the spending of these critical funds.   There has been no public disclosure of NYC’s C4E plan -- either by the state or city -- since 2009. There has been no listing of the city’s approved class size reduction plan since 2009 as well.


The lack of accountability and transparency with hundreds of millions of dollars of state funds, meant to provide NYC children with their constitutional right to a sound basic education, is nothing short of appalling.


More about the lawsuit is here: NYS Supreme Court rules against NYC DOE and for parents.


Here is an excerpt from the state law:


4.  a.  A district's contract for excellence for the academic year two thousand eight--two thousand nine and  thereafter,  shall  be  developed through a  public  process,  in consultation with parents or persons in parental relation,  teachers,  administrators,  and  any  distinguished educator appointed  pursuant  to  section  two hundred eleven-c of this chapter.

b. Such process shall include at least one public hearing. In a city   school  district  in a city of one million or more inhabitants, a public   hearing shall be held within each county of such city.

A transcript of the testimony  presented at such public hearings shall be included when the contract for excellence is submitted to the commissioner, for review when making  a  determination  pursuant  to  subdivision  five  of  this section.

Here is the judge’s decision.