Breaking: the Lederman decision and Gallup poll: the beginning of the end of high-stakes testing? 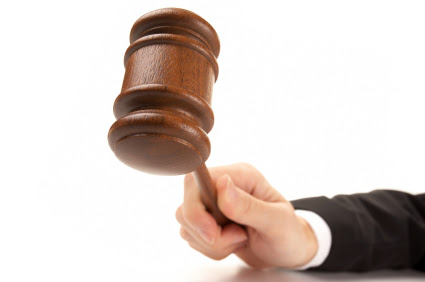 Today, the court decision in the Sheri Lederman case was issued.  Judge Roger McDonough of the NY State Supreme Court concluded that rating teachers via their students' growth scores on the state exams is "arbitrary and capricious."  He cited a wealth of evidence from affidavits of academic experts such as Linda Darling-Hammond, Sean Corcoran, Aaron Pallas, Carol Burris, Audrey Amrein-Beardsley, Jesse Rothstein  and others, showing that the system of evaluating teachers by means of test scores is unreliable, invalid, unfair and makes no sense.  The full court decision is below.

Here is the message from her attorney (and husband) Bruce Lederman:

"I am very pleased to attach a 13 page decision by J
udge Roger McDonough which concludes that Sheri has “met her high burden and established that Petitioner’s growth score and rating for the school year 2013-2014 are arbitrary and capricious.” The Court declined to make an overall ruling on the rating system in general because of new regulations in effect. However, decision makes (at page 11) important observations that VAM is biased against teachers at both ends of the spectrum, disproportionate effects of small class size, wholly unexplained swings in growths scores, strict use of curve.

The decision should qualify as persuasive authority for other teachers challenging growth scores throughout the County. Court carefully recites all our expert affidavits, and discusses at some length affidavits from Professors Darling-Hammond, Pallas, Amrein-Beardsley, Sean Corcoran and Jesse Rothstein as well as Drs. Burris and Lindell . It is clear that the evidence all of these amazing experts presented was a key factor in winning this case since the Judge repeatedly said both in Court and in the decision that we have a “high burden” to meet in this case. The Court wrote that the court “does not lightly enter into a critical analysis of this matter … [and] is constrained on this record, to conclude that petitioner has met her high burden” ...To my knowledge, this is the first time a judge has set aside an individual teacher’s VAM rating based upon a presentation like we made.

THANKS to all who helped in this endeavor."

At the same time, a national poll was released by the Gallup organization showing how most parents, teachers, students and administrators do not believe state exams are useful:

Most teachers find their quality of the state exams are only "fair" or "poor": 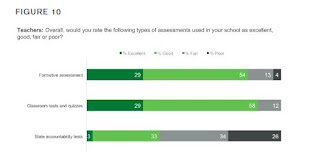 And most families, whatever their income level, do not believe that these exams improve learning: 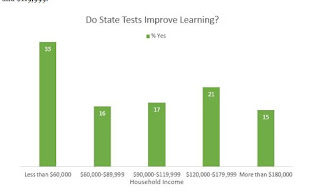 Let's hope that together these poll results, along with the Lederman decision, sound the death knell for the obsession with high-stakes testing that has overtaken our schools.

This to me means it is time for Governor Cuomo and NYSED to admit the testing over the last several years where 70% of our New York State 3-8th grade students have failed, should be completely thrown out. So many of us have had flip flop evaluations due to these tests and have suffered such devaluation through it all.

This is certainly good news for opponents of the use of standardized tests to evaluate teachers as it sets an important precedent with clear language about the bias inherent in using growth score models. But the fight against testing is far from over. My two cents here: http://alexandramiletta.blogspot.com/2016/05/good-news-about-lederman-lawsuit-on-appr.html

I agree with Alexandra Miletta. This will be a great precedent for the present and future. However, the fight is still not over and we still need to push and constantly advocate.

As much as I am not a fan of using tests to rate teachers, I am also NOT a fan of having a principal have 100% input on teacher ratings. I guess there will never be a perfect way to rate us.

Hallelujah! Hopefully, this is just the first step in dismantling this awful, expensive, destructive, and distracting standardized testing machine our politicians have created, and the first step to returning our students' classrooms to a healthier place. Standardized tests were always meant to be diagnostic tools, not assessments.

Not a fan of standard tests either, but then how do we rate teachers???? There is too much dead weight in our school systems and the community can't afford these budgets anymore!!!!! Everyone is praising the verdict, but the underlying problem is bad teachers and school admins can't be fired easily, just like they can be fired in the real world.

We could bring back teaching artifacts, student portfolios, and use evaluations by our peers as an addition to evaluations done by principals. When principals have 100% input there is too much power to be abused to destroy teachers for no good reason.

This ruling was very narrow. It could only be used as precedent in a case with similar facts:

2. Large proportion of students at high/low end of scale

3. Teacher with a wildly fluctuating VAM

For those that think the judge threw out VAMs, you've got another thing coming.

I would invite Mr. Lederman to come down to Virginia to help the Virginia Education Association try to overturn Judge Hughes ruling ordering the release of Virginia SGP data. They desperately need your help as their attorneys have no clue. Bring all your witnesses too (Hammond, Rothstein, Beardsley - leave Burris at home though as she is only an "expert" at whining when organizations rate her high school objectively on classes they actually teach)

As another comment said, we all know (including good teachers) that there are bad teachers in the schools. They continually get good evaluations despite their obvious ineffective instruction. When good teachers look the other way and even fight attempts to reassign/remove such teachers, that behavior can only be described as EVIL.

Being a retired teacher I have always felt that merit pay would make a difference in whether or not teachers were considered bad or good. I was given my tenure in 2 yrs & the usual time was 4 yrs. Many teachers, unfortunately decide that once they have their tenure, it's merely a matter of time until they can retire on a good pension. They were always referred to as 'dead wood' & I have seen my share of teachers that could be considered 'dead wood' & I have always felt badly b/c the students didn't receive the quality of teaching that they deserved. I did my student teaching in an up scale suburb of Chicago & most of these youngsters came from homes where they were given just about all that they wanted. I'll never forget the day that I ordered a movie about Alexander Graham Bell & the children booed & hissed throughout the whole movie b/c it was black & white & they wanted a movie in color. That's what made me decide to go & teach in a district where many people were having a hard time economically & the children were grateful for all that I taught them & all that I did for them. In the past I had discussed merit pay with other teachers & yet they were against it b/c they were afraid that they wouldn't earn the income that they hoped to earn. I was also told I needed to join the NEA the first year that I started teaching. I 'had' to join & that was all that I was told. Well, when a group of teachers got together in order to strike against this district in order to get more pay & I was asked to join in. I told them that b/c I had signed a contract at the beginning of the year & I had agreed to salary that the school district agreed to give me, then I didn't feel it was right to ask for a different salary once I had agreed on the one that I was getting after I signed that contract. The teachers did not strike that year & I was glad b/c I had heard tales of teachers who had to cross the picket line & I was not looking forward to that. If I had to do that, then I would have, b/c I didn't feel it was to renege on the contract that I had signed when I was hired.