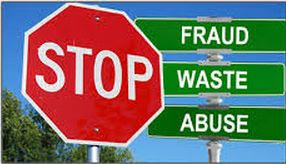 See today's NY Post article about Yeled v’Yalda, a special education vendor proposed to be awarded a new contract from DOE.  This is despite the fact that the NYS Comptroller found the vendor had submitted fraudulent invoices to the State Education Department amounting to nearly $3 million. This audit was released just a few months ago, on December 31, 2015; and was well publicized, including several articles  including here.
Most egregiously, any disclosure of the audit or its findings was omitted from the DOE’s Request for Authorization documents, despite DOE claims that the vendor’s background check revealed nothing. See the section of the RA on p.12 that reads: “No significant adverse information has been revealed to date” about the vendors listed, “except as noted below” – which then proceeds to list problems with numerous other vendors but not this one.
The excuse offered to the NY Post reporter? “A DOE spokesman said the omission was an error.”
Since the Custom Computer Specialist scandal, it is unclear that the DOE has shaped up its act as regards awarding contracts in a responsible fashion. In fact, the following serious issues with DOE’s procurement process have recently surfaced:

·         As reported on Sunday, Panel members who speak up against egregious contracts are bullied and shunned by the DOE. This was the experience of Robert Powell, the lone member to vote against the egregious CCS contract,.  This company was originally slated to receive $1.1B contract from DOE despite having been involved in a multi-million kickback scheme,. Powell recently resigned from the Panel as a result.

·         Though the CCS contract was later rejected by City Hall after the PEP approved it, and rebid saving of hundreds of millions of dollars, it was just revealed that the company still has several active contracts with the DOE.  In fact, CCS has received  $21.5 million  since May 2011, when the special investigator issued his report  revealing the company’s collusion with Ross Lanham, who later went to jail for stealing millions from DOE.

·         There continue to be numerous contracts in which the DOE asks the PEP for retroactive approval, after the services have been provided and the funds have already been spent.

·         The DOE has proposed to get around the contracting rules by reimbursing a private organization that had paid preK vendors, presumably because their records were too spotty to be approved for city contracts in the first place.

·         There are numerous proposed contracts submitted to the PEP without background checks and/or checks that reveal that the vendors had previously engaged in fraud or other improper behavior.

·         There are many contracts for which DOE either minimizes the problems with the vendors' previous performance (as, for example, with CCS or Pearson contracts) or in which DOE entirely omits information of past improprieties, as  in the case of Yeled v’Yalda.

·        There are numerous contracts -- either sole source or competitive - which provide no evidence that any quality control or cost-benefit analyses by DOE – for example, in the Amazon contract and the vast majority of PD and curriculum contracts.

Despite all these problems, the DOE proposed contracts, amounting to hundreds of millions of dollars, are often unanimously approved at Panel meetings with little or no discussion or debate.

·         The DOE also has refused  to comply with the state law requiring financial training for Panel members, even after Isaac Carmignani, a current Panel member and mayoral appointee, asked for such training.

Here is a link to the 2005 state law, which is quite detailed and mandates that at least six hours of training be provided all school board members on their "financial oversight, accountability and fiduciary responsibilities.”  The law also requires that an internal audit committee be formed, which must hold regular meetings to address “any indications of suspected fraud, waste or abuse,” among other responsibilities.

Now that at least two past Panel members – including Bronx rep Robert Powell and former mayoral appointee Norm Fruchter – agree that the current system creates no real checks and balances, what is the answer?

Certainly Panel members should all receive their legally mandated six hours of financial training, but is that enough? Please offer your views below.

If others want to take a look at the contracts up for a vote on May 18, they are here.
If you have comments or want to join our Committee, please email NYCschoolcontractwatch@gmail.com.