Is it accurate to say that charter schools are the "boogeymen" of progressive Democrats, as Cory Booker and some reporters claim? 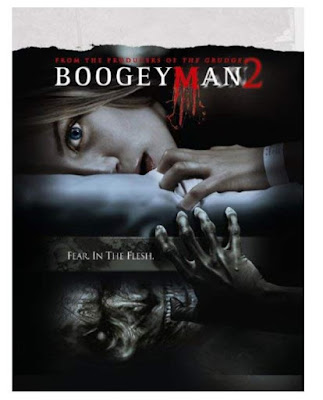 In a NY Times oped this week, Senator Cory Booker argued that the expansion of charter schools had a positive role in improving Newark’s school system and by extension, nationwide.  In the process, he described charters as "boogeymen" for other Democratic politicians:


“The treatment by many Democratic politicians of high-performing public charter schools as boogeymen has undermined the fact that many of these schools are serving low-income urban children across the country in ways that are inclusive, equitable, publicly accountable and locally driven."
One could easily challenge his claim that in Newark, the expansion of charters was “locally driven” since Newark’s locally elected school board was disempowered and their schools were being run by Gov. Chris Christie at that time.
But in any case, the main point of this op ed appeared to be to allow Booker to strongly reconfirm his commitment to privatization after some ambivalent statements this summer,  presumably in an attempt to strengthen his lagging campaign.  In the process, Booker was implicitly criticizing rival Presidential candidates Elizabeth Warren and Bernie Sanders, who have both come out publicly against the continued funding of charters by the federal government:
Yet what struck me the most was his use of the word “boogeymen” in connection with charter schools, which rang a bell.
Indeed. this was the second time this same analogy has been used in the New York Times in the context of the presidential campaign.
Earlier this spring, on May 23, reporters Dana Goldstein and Sydney Ember used the term “boogeyman” in describing the teacher unions’ position on charters,  in an article on Sanders’ education agenda:
Many Democrats and progressives send their children to charter schools, work within the sector or donate money to the movement. Teachers’ unions, an important constituency to Democrats, have long considered them a boogeyman, arguing that charter schools draw students and funding away from traditional public schools.
There is no evidence presented for the claim that many “progressives” work within the charter sector or donate money to the charter movement.
Just six days later, on May 29, Michelle Hackman, a reporter for the Wall Street Journal used the term  again, describing how charter schools had become “a boogeyman of Democrats,” again supposedly because of the undue influence of the teacher unions.
The definition of a boogeyman, according to Webster’s, is “a frightening imaginary being, often one used as a threat in disciplining children.”
Whether one supports or opposes charter schools, to call their impact on the system as a “frightening imaginary being” is a condescending mischaracterization – given their potential impact on public school budgets  as they actually  do “draw students and funding away from traditional public schools.”
Analysts at Moody’s, the credit-rating company, found the growth of charters contributed to a “negative feedback loop” on the finances of public school systems, “particularly painful” to school districts in the Midwest and Northeast.
In NYC alone, charter schools continue to expand rapidly in enrollment, while taking up more and more space in public school buildings and an increasing chunk of the NYC Department of Education budget – more than $2.1 billion last year alone.
Last month, we released a report showing that NYC Department of Education is also spending more than $100 million per year on helping to pay for charter school space in private buildings – an amount which if used to finance bonds, could instead pay for a 50% increase in the number of school seats in a system in which more than 500,000 students are crammed in overcrowded schools.
After googling the terms, I discovered that in recent years, the term boogeyman or boogeymen has been used literally thousands of times by charter school advocates in dismissing the arguments of critics, who point out some of their negative aspects, including their excessive disciplinary practices, student and teacher attrition rates, or budgetary impact on public schools. It is not surprising that Booker might invoke the term in order to revive his lagging campaign, especially when he himself has recently pointed out a need to improve its finances.
One has to wonder when there is a growing recognition among many progressive Democrats of the negative consequences of the unchecked growth of charter schools, why political reporters who are supposed to be objective observers of this debate are adopting this patronizing and essentially incorrect term.
Posted by Leonie Haimson at 11/19/2019 11:34:00 AM

Is the word "boogeyman" a Frank Luntz thing? So many instances of the word throughout conservative publications seems more than mere coincidence.