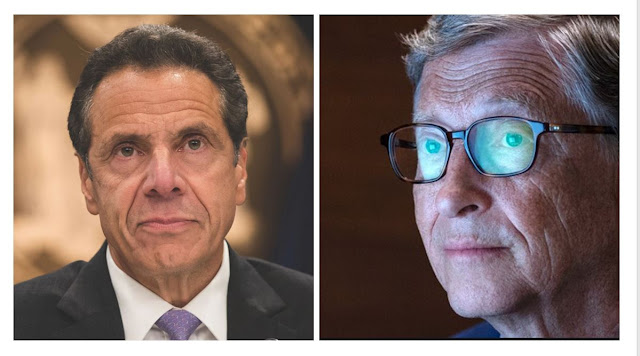 I thought Gates was to busy being Surgeon General to deal with education.

The Gates Foundation already set back education in the US a good decade. At the end of it all, if I recall correctly, the RAND report that they commissioned deemed it to be a massive, expensive failure, and determined that they should have listened to educators instead. Why are we repeating this same mistake? Field professionals are the ONLY input we should be paying attention to when considering any kind of restructuring.

I suspect there are financial motives abound throughout this, but even if that isn't the case, this is completely inappropriate, and I want no part of it in my community.

School not only give children hands on learning, it feeds them, gives them counselors and keeps them safe from situations they live in that are dangerous. Leave our school system alone. Find the money and and stop trying to make our lives a socialist life.

I so wish that Bill Gates would focus on health and the eradication of diseases, his bailiwick, and not try to fiddle with every problem on earth. Education does not need fixing. It needs feeding. It needs funding. It needs freedom from politics and policing. Good teachers. Good students. A whole lot of love and life. That's education.

Who makes Gates an expert in education? What title is he have to be one,and why is he everywhere where he not suppose to,let him address solar power and water problems in Africa ,show what you have ....Kill Bill

Thank youKids need to learn and
develop social skills in the classroom.Gates have no place here

I'd like to know why Caumo sent those covid patient's into nursing homes and not the ship that was docked atthe harbor? Many people died of his poor decision. Should be held accountable for his bad decision...

I'd like to know why Caumo sent those covid patient's into nursing homes and not the ship that was docked at the Harbor. Many people died of his poor decision. He should be held accountable for the lives lost. He made a poor decision


No way. Haven't business people screwed up education enough. This would just be another money making scam and hurt students. Spend a week in the classroom and get an idea of what classrooms and the teacher's roll is really about. From experience, children need teachers for more than just curriculum. Many abuse situations have been caught, children learn appropriate socialization from peers, there are people who have the children's back and build them up when they have given up. I can't tell you how many now adults have thanked me for being there for them years ago. Leave it alone.

100 % agree!! Students need personal interaction with educators. My kids have IEP’s and need contact with teachers directly to benefit. The fact that this is even being considered is disgusting!!

Bill and his betrothed need to F the F off. They are all up in our business with the vaccine and now with education. Efing computer nerds don;t know what we need or what our kids need. Eff off and count your billions or else, go int a classroom and educate yourselves. You are not our new world order. Just because you were rejected in school, don't try ruin it for the rest of the world ...socialization, interaction, community, interaction, the arts, school, trips, lunch, play time, drama , sports. fun .... get the ff outta my face Gates

Bill and his betrothed need to get a life. They are all up in our business with the vaccine and now with education.Computer nerds don;t know what we need or what our kids need. Count your billions or else, go into a classroom and educate yourselves. You are not our new world order. Just because you were rejected in school, don't try ruin it for the rest of the world ...socialization, interaction, community, interaction, the arts, school, trips, lunch, play time, drama , sports. fun .... get outta my face Gates

School is not just about academics. .it's also about how to learn how to socialize, work with others, learn from you peers, how to function in a society.

With all due respect, HELL NO! We need to be in the presence of our kiddos! We want to be able to read their body language, facial expressions, tone of voice, to know that they are ok. We learn from them as much as they learn from us. Some of my SPED students get little support or encouragement at home. School is where they get a smile and reassuring tussle of the hair or side wink to say good job. We chose this career path because we want to be WITH children.

Half of school education is not curricula, but the immeasurables: socialization, social development, emotional development, governance, self esteem, empathy, the creative process, and so much more. In lieu of meeting in person, I am meeting with my marketing committee via zoom, and the productive creative energy is so reduced. The idea of screen-based education becoming the primary method diminishes the development of these skills and awarenesses.

Gates has absolutely NO formal education on anything medical. It's all about money and eugenics. We in NYS adhere to our Constitutional rights to govern ourselves in times of corruption. Cuomo is a Cabal patsy who's name is on the indictment list. Either he adheres for once to his oath of office or WE will call for his immediate removal via NYS Sheriffs.

👏👏👏
Wonderfully written. Thank you for speaking up and fighting for our children!

this is only the voice of some teachers. Not all of us feel this way.

Bill Gates is not to be trusted. I dont want him messing around with our children!!

My daughter is aging out of the school system this year at the age of 21. She has a syndrome called Cri-du-chat. We were told many things when she was little, she may not walk, may not talk, may not potty train, will probably not develop any reading, math or technology skills. Here we are all these years later and she has defied all the odds with the help of her teachers, teacher assistants, job coaches, Physical therapists, speech therapist, occupational therapists, sign language teacher, adaptive gym and the list goes on. She took a woods class, played on the Unified Basketball team and learned how to cook with her classmates. This would never have been possible without the school system. It would NEVER have happened on Google Meet. On top of all this she made friends, made memories, practiced new SKILLS and learned from her peers every single day. As a family we decided to allow her to go to school until age 21 because the benefits from going to school are immeasurable. Making statements like you did yesterday shows your total disregard for teachers and all of the progress that is been made in the area of school age children with disabilities. Amy Boel-Severson

So powerful. Thank you!!!

I am in total agreement that the Gates Foundation should not have anything to do with school curriculum. They do have a place in making technology that will help teachers teach their class if this ever happens again. Teachers have gone to school for their profession for 5 years and we need to let them do what they were taught to do, TEACH. The ONLY things that would need to be done is: 1) to keep every teacher up-to-date as education changes and 2) make teachers accountable for their teaching. If a teacher is not putting in the effort to give their classroom children the best education they can and the attention/help a student may need, then I do not think even ten year should allow them to keep their job. All I am saying is that teachers need to have their performance reviews done often, fairly, but with strict, enforceable guidelines. Also, I do not think there is anything wrong with teaching children a trade because not every child is going be an Einstein. The Gates Foundation has no background to be able to do anything for education but develop programs that will assist teachers in teaching their classroom children in case of another school shutdown scenario.

We agree with you and support you! As a mother of 6 I believe educators deserve better than this.