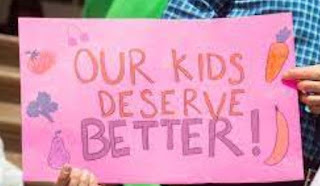 UPDATE (9/17/20):  This morning, the Mayor announced that in-person learning for students opting into blended education would be delayed once again.  The new schedule is below.

At the same time, the Mayor and Chancellor said they had already hired or reassigned 2,000 more teachers; and were in the process of hiring 2,600 additional educators from CUNY adjuncts and graduate students to address the staffing shortages.  Meanwhile the IBO came out with an estimate that schools need 11,000 more teachers, at an approximate cost of $20.4M per week.

While phasing-in school attendance is a good idea, and is being done in other districts including Boston, this delay creates even more chaos and confusion.  Again, DOE had six months to come up with a safe, orderly and sustainable plan and utterly failed.  Also unacceptable is the fact that they are allowing class size limits for students receiving remote learning to double, to 64-68 kids per class, when research and experience shows that even smaller classes than usual are necessary for remote learning to have any chance of success.

Yesterday, we also heard from parents that their children’s remote learning classes were even bigger than this – including reports of 72 -129 students per class, which is outrageous and a complete violation of their right to an adequate education.  Please email me at info@classsizematters.org to let me know what class sizes your children are getting.

As DOE announced yesterday, students who are doing blended learning will no longer be guaranteed any live instruction while at home.  And some of them will be on computers the whole time while in school, getting remote instruction with huge class sizes, that is, if they are provided any live classes at all.

I hope that some of these thousands of educators stick around to help reduce class sizes when NYC schools get back to normal.  Our kids deserve a better education and will need those small classes more than ever.

9/16/20 Today was the  first day of remote orientation for NYC students.  Next week, part-time, in-person instruction will begin for those students that have opted into blended learning.

Meanwhile, last week, 55 NYC teachers tested positive for COVID, raising some alarm, though as the Mayor pointed out, the figure is only .23% of the 17,000 or so teachers who were tested.  Still, staff at many schools are resisting entering their buildings, because of inadequate cleaning, PPE supplies, and/or ventilation.

One of the biggest problems is that principals say they still don’t have enough teachers to make the blend of in-person and remote classes work – as the system devised by DOE requires  three times as many full-time staffers as previously: one to teach full-time remote students; one to teach the part-time blended learning students when they’re at home, and one for the part-time in-person students.  A

Although the DOE now claims that they’ve hired and/or reassigned 2,000 more teachers and administrators to schools, the CSA, the principals union, said that schools require at least 10,000 additional teachers to make the scheduling work. What’s especially perverse is because of constrained budgets and funding cuts,  many schools have been forced to excess some of the teachers and other counselors and librarians they so desperately need who were already on staff.

In order to compensate for the staffing shortages, the UFT agreed that class sizes for the blended, remote learning could double  to as much as 64-68 students per class, which totally undermines any chance that these classes could be successful.

Then, last night, the night before remote orientation was to begin, the DOE announced that when they're at home, blended learning students would not be guaranteed of the one to two hours of live teaching per day that they had been previously promised.

Throughout the spring and summer, I had remained hopeful that the DOE would do everything they could to maximize the opportunity for students to interact with their teachers, either in-person or online, given how essential live human interaction is to academic and emotional development for most kids.

The overall health conditions seemed to indicate this was possible.  In NYC, the positivity rates have been low around 1% for a month or more, and unlike elsewhere in the state, both social distancing and mask wearing  will be required in our schools; and here, all schools will be shut down if these rates reach 3% whereas the state benchmark for automatic closure is a less protective 5%.

Other countries with fewer restrictions have reopened schools without seeing a rise in transmission. And according to the DOE, the REC centers that opened in March for the children of essential workers had no major breakouts, despite the fact they opened at height of the pandemic in NYC, though unfortunately the city has so far failed to publicly release this data.

Yet it's shameful how the planning for reopening has been so late and so incoherent .  The Mayor and the DOE had nearly six months to come up with a better plan and utterly failed.

Remember when de Blasio said this year would "have to be the best academic year we’ve ever had to help our kids move forward?"  Instead, it is likely that they will be subjected to more confusion, immense online class sizes and little actual teacher contact or feedback. They deserved better.