Class size rally urging Speaker Corey Johnson to bring Int. 2374 to a vote; though he apparently will not allow this to occur 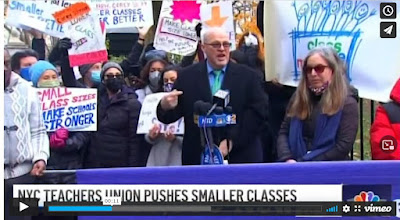 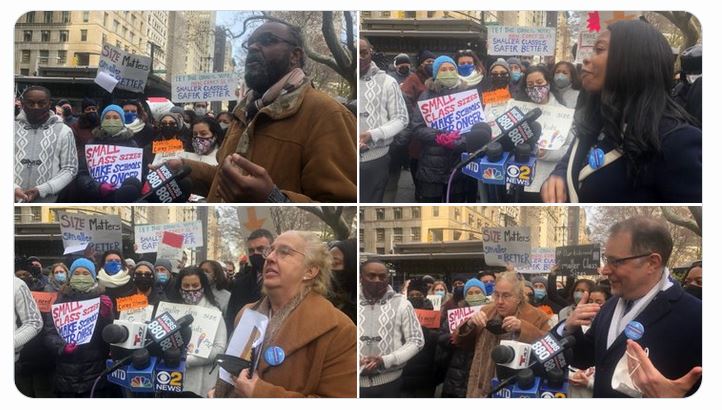 See also my new opinion piece in the Nation:   To Reduce Inequality in Our Education System, Reduce Class Sizes

On Thursday, December 9 there was parents, teachers, and elected officials rallied outside City Hall, to beg City Council Speaker Corey Johnson to bring the class size bill, Int 2374, to a vote.  Among the speakers who spoke passionately spoke about the need to lower class size and to finally bring equity to NYC children were UFT President Michael Mulgrew, Manhattan Borough President Gale Brewer, parent leader and PEP member Tom Shepherd, and Council Members Mark Levine, Eric Dinowitz and Council Member-to-be Rita Joseph, the latter three all former classroom teachers. I wish you could hear hat they said but sadly, no one apparently taped them.

But despite the disingenuous claims of the Speaker on NY1 that  "they're in the process of making changes to [the bill] to make it feasible" and that “We’re trying to figure out the right, responsible and enforceable way to get that done,” Johnson has inexplicably turned his back on this critical reform,  and apparently will not allow a vote on the bill during this session, which means we will have to start from scratch with a new Council and a new Speaker in January.

Below are some news stories on the rally and our effort. Also below is my impromptu response to a question from a reporter who asked about the new Adams administration's apparent intent to blame teachers for the low levels of achievement in our schools, and fire them to get improvements.  This was tried during the Bloomberg administration and in fact, nationwide over the last decade through the combined efforts of Bill Gates and Arne Duncan, and miserably failed.  Thanks to Kathy Park Price for taping this on her phone.