The Regents Exam and High School Diploma: It’s Time to Evolve into the 21st Century by Superintendent Michael J. Hynes 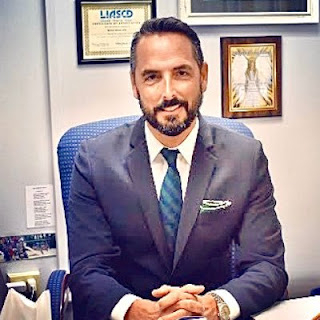 This post is by Mike Hynes, Superintendent of  Port Washington School District on Long Island. His previous post on this site, After the Pandemic: Our Children Deserve an Education Revolution, garnered 199,000 page views -- a record for this blog.

The Regents Exam and High School Diploma: It’s Time to Evolve into the 21st Century

After more than twelve years serving as a school superintendent and twenty-five as an educator, I’ve pushed back at the Editorial Board at Newsday when they conflate their love affair of rigorous testing to the magical potential of high educational outcomes. I’ve also seen when anyone opposes their viewpoint, it means they side with watering down the educational system with low expectations that would allow it live in a malaise of mediocrity.

In their most recent harangue, they share, “Seasons come and seasons go, but there is no off-season when it comes to caring about how we educate our children.” I’m the first to say; the Editorial Board cares about educating children, my concern is how they believe we need to do so. Let’s begin with their central argument over rigorous testing and its relation to academic progress and graduation rates. The Board warned, “That Regents tests, part of getting a diploma in New York State for more than a century, should not be abandoned or watered down just because students are having difficulty passing them. Improve what and how we teach.” The Editorial Board continues to argue, “Writing that Regents tests are not the problem with our high schools or our high schoolers. The exams are telling us there is a problem. That’s why they’re under attack.”

First, their opinion is far from accurate. They are under attack because we have been assessing our students in New York with the same type of exam since the end of the Civil War. We have assessed our students pretty much the same way for 150 years in New York State. I can’t think of anything else we do on the planet the same way for 150 years in medicine, transportation, technology or even how we entertain ourselves. Think about that for a moment. Everything else in the world has evolved around us except for the way we assess the learning of a student when they complete a course or grade level. Don’t get me wrong, I’m not saying the Regents Exams are terrible. We must however understand they are not the only way to assess learning in the classroom.

On an aside, a major problem we have with many students isn’t measured by a single test in math, science, English or social studies. We have students who are more anxious, depressed or suicidal than any generation before and it’s getting worse each year. The fact that schools don’t pay enough attention to that should be under attack, not the fact that we want to explore and potentially change how students graduate high school, the number of Regents exams a student takes, or if we should administer them at all.

Over the years, I have come to appreciate columnist Lane Fuller at Newsday and would like to think I’ve matured in my old age respecting divergent viewpoints. Mr. Filler recently warned against easing standards which he believes are driven by the Board of Regents, the state Assembly, and teacher unions. Mr. Filler believes, “If that happens…the crowing over instantly increased graduation rates will drown out the warnings that the soft bigotry of low expectations is too often leaving children adorned in caps and gowns behind.” I understand most people fear change, but to equate much needed change to bigotry and leaving children behind seems extreme from my perspective. We can increase graduation rates and still embrace high expectations…just different ones.

I agree when the Editorial Board identifies that, “Skills and competencies unheard of 50 years ago now are crucial, while some traditional requirements have lost relevance. Not every student must be pointed toward a four-year liberal arts education, if a direct job path suits them better. But they all must have basic skills to function in this more complex world.” I truly feel we must look to the alternative methods some public and non-traditional school systems evaluate both teaching and learning. There are many viable ways for students to express proficiency and mastery in an area of study. The shift happens when the conversation reduces the importance of one data point at the end of the year to embracing the purpose and meaning of a students’ growth over time.

I ask adults, when was the last time you took a multiple choice test or were assessed at work by the administration of a multiple choice test? To think we have assessed the children in New York the same way since Lincoln was in the White House is heartbreaking. The fact the New York State Education Department brought together a Blue Ribbon Commission to make potential changes to graduation requirements gives me hope. Let’s become familiar with some of the innovative schools around the world who embrace authentic learning and assessment. Students showcase their deep understanding by project and problem based assessments and performance minded tasks.

I think we can all agree, that is how we navigate in the real world. It’s time we move New York State away from the 19th century and into the 21st. We can do so by developing alternative assessments that don’t bring down standards, but make them higher than what we already have. Maybe…just maybe, this is something we can all agree on in a world that celebrates divisiveness and extremes.

Completely agree - well articulated. Current standardized tests assess ability to memorize, not critical thinking. Also, current testing favors auditory learners and disadvantages visual and kinesthetic learners. Authentic performance based assessments are what is needed, not paper and pencil short answer essay tests. Students need to be assessed on what they can demonstrate, not what they can spit back on a test.

Hi Michael. As a retired principal of Rochester's School Without Walls (a NYS Performance Standards Consorium School), and Coordinator of the Rochester Coalition for Public Education, I support and endorse your comments 100%. When schools have the support of NYS to teach and assess students by what motivation and self-determination science & research clearly states, we will see dramatic changes in student motivation to meaningfully and joyfully engage in their learning and grow and develop. Don Mesibov (Institute for Learning Centered Education Director) and I have collaborated on a book; "Helping Students Take Control of Their Own Learning." It could be a helpful resource for your staff. I'll send you a copy.
Best Wishes,
Dan Drmacich

They need to get rid of the 3-8 tests first.