Teachers: do you agree with Malcolm Gladwell that class sizes below 25 are TOO small? 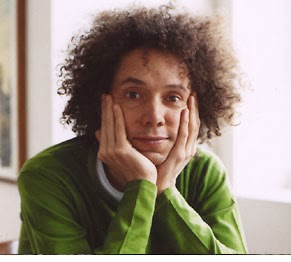 On WNYC radio, Brian Lehrer is asking teachers to call in on Monday morning, and comment on Malcolm Gladwell's claim that classes shouldn't be too small  -- such as 25 students and below, since individual students are MORE likely to be able to disrupt the class and struggling students feel isolated at the bottom of the class.
You can tweet @brianlehrer, post on the comments page when the segment is on the air, or call 212-433-WNYC.


The podcast/interview from last week with Gladwell is here; at 27 minutes in, he explains why he thinks classes can be too small:
“I got this idea from teachers, I spoke to countless teachers...I found it hard to find, particularly middle and high schools teachers, who thought that it was a good idea to have a class in the mid-teens….When a class gets too small it hurts the poorest students.”


I have never heard any teacher say this myself and don't know any research to back it up.  In any case, Lehrer doesn’t want to hear from me, but from teachers to express their views.
Actually the research says the opposite: the larger the class, the more disruptions tend to occur.
And there are MANY studies showing that poor, disadvantaged, and struggling students benefit the most from small classes, because they are able get more attention from their teachers, tend to be more engaged in a smaller class, and CANNOT hide at the back of the class.
Though there may be class sizes so small that they inhibit debate and discussion, there is no research I know of that reveals what the cut point may be.  I was quoted in the WSJ last year that I don’t think schools should be organized with class sizes of one, because the social interaction and debate among students is important, and they do indeed learn from their peers.
Yet elite private high schools such as Exeter have class sizes of eight to twelve, and Harvard limits its Freshman writing classes to ten students.  I would conjecture that average students, and especially poor and immigrant students like most of those who attend NYC public schools, could benefit from classes just as small.
Here is an excerpt from the New Statesman review of Gladwell’s latest book, called David and Goliath: Underdogs, Misfits, and the Art of Battling Giants, in which he makes the same claims:
One early story Gladwell tells is about classroom sizes. A large class is usually thought to be a “disadvantage” (the abstract equivalent of a “giant”) for pupils, and smaller class sizes are assumed to be better. Surveying studies, Gladwell observes that though really big classes are a problem, there is a happy medium, and smaller classes don’t necessarily lead to better outcomes. This, he explains, is because teachers don’t usually adjust their teaching style to smaller class sizes; instead, they just work less. So, the “disadvantage” of moderately big classes isn’t one after all.
A bizarre coda to this story shows the weaselly potential of Gladwell’s method. Up the road from the state school where he has been talking to a nice teacher, there is a private school, which boasts that its average class size is 12. Oh dear, thinks Gladwell. “Why does a school like [this] do something that so plainly makes its students worse off?” The odd thing is that he simply doesn’t know whether the students there are worse off, because he doesn’t know whether the staff teach in a way that suits their small classes. If they do, then the students won’t be worse off at all. So does Gladwell talk to anyone at the school to find out? He does not. Perhaps he fears ruining the story.
Here is what one teacher wrote, after Gladwell made similar claims that class size didn't matter at a conference in Toronto:

Advice to Mr. Gladwell: stick to what you know. Teaching K-12 is not like speaking to a university lecture hall full of grown-ups. Teachers negotiate diverse levels of academic ability, facility in English, behavioural tendencies, and home-environment influences in classes of children from ages 4-18. In his book, Outliers, Mr. Gladwell states it takes 10,000 hours to be an expert in any field. I have my 10,000 hours in teaching K-12; he has about 10,000 to go.

My smallest class was three. There were also twelve others in the multigrade room. During those years I usually had about sixteen. Trust me, by almost all metrics it was superior.

Gladwell must exist in Bizzaro World. There isn't a teacher alive who would say classes below 25 are too small. Never.Ever.

Having had a lot of experience with class sizes ranging from 10 to 30 students, of all different demographics, teaching styles and physical situations, I can say, with great confidence, that this is the most ridiculous thing I have ever heard. While magic can happen within great numbers, it only appears to be so because of the large numbers of students. The most movement I have ever seen from students, either individually or as a group, was when there was small group and or even individual instruction.

I actually agree that there is such a thing as too small a class, but for different reasons entirely. In my experience [16 years teaching grades 2-8], that only occurs starting at around grade 4. At this age, classes with under 14 students are considerably more timid during performance tasks such as skits and presentations.

Sure you get more one-on-one time with your students in very small classes, but school is more than just individual tutorial there are group skills and social development that need considering, not just standardized test performance.

Guys; read Malcolm's books. One of them, David and Goliath, really touches on this. It explains why... please go check it out. You'd be glad you did.