A busy day: Protesting billionaires pushing charter schools & then winning our lawsuit vs the DOE on School Leadership Team meetings 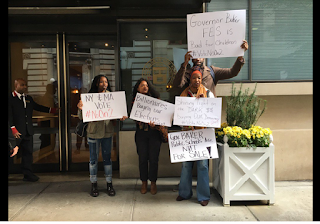 Yesterday was quite a day.  In the morning, I protested with AQE and the Hedge Clippers folks, outside an event at the Harvard Club, where Massachusetts Governor Charlie Baker was speaking about the referendum to raise the cap on charter schools in his state called Question 2.

This effort has been funded with millions of dollars in "dark money," and we were there to make them feel uncomfortable.  Jeremiah Kittredge of Families for Excellent Schools walked into the building while we were chanting, "Governor Baker epic fail! Our public schools are not for sale!"  FES has poured at least $13.5 million into this election -- without disclosing its donors, although one can assume the money comes mostly from the usual suspects -- Walton family members and NYC hedge fund operators.

After the meeting, Baker was scheduled to meet with Bloomberg, trolling for even more bucks -- after Bloomberg had already given $240,000 to the effort.  Meanwhile, all over the country, from California to New York, Washington to Georgia, billionaires are trying to buy  school board races, judgeship elections, referendums, and control of the NY State Senate - all with the same nationwide goal of privatizing public schools, and wresting them from democratic control. 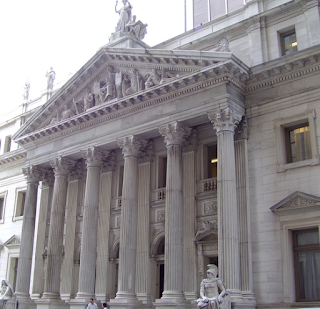 Then I returned back to my office and learned that the Appellate Court had finally ruled on our lawsuit to keep School Leadership Team meetings open, which the DOE had closed to the public starting in 2013. To make a long story short, we won!  Here is our press release, and here are articles about the decision in the Daily News, the Village Voice and Chalkbeat.

The backstory is this: In order to test DOE's determination to close these meetings, and to challenge a particularly weak decision by another judge who ruled for DOE in the Portelos case, retired teacher Michael P. Thomas asked to attend an SLT meeting at Portelos' former school, IS 49 on Staten Island, in March 2014.  After initially getting permission, the SLT Chair turned him down, and he was blocked when he tried to enter the building.

He then sued the DOE on May 17, 2014, and Class Size Matters and Public Advocate Tish James intervened shortly thereafter to represent parents and the public's right to know.    Judge Peter Moulton ruled in our favor in a slam-dunk decision on April 2015, but the Chancellor Fariña told principals to ignore the decision and appealed it.

The Appellate court heard arguments from both sides on January 21, 2016 -- and took nearly a year to rule.  But finally, in another slam-dunk, unanimous decision, they reaffirmed the lower Court ruling that SLT's are public bodies in state governance law, and thus their meetings must be open to the public. Much thanks goes to Michael Thomas, Tish James and the attorneys from NY Lawyers for Public Interest and Advocates for Justice who represented the Public Advocate and Class Size Matters in court. 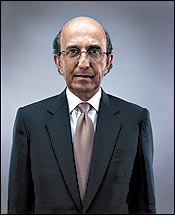 Yet what has been particularly galling to me throughout has been the DOE's lame argument that they could close these meetings because SLT's, made up of half parents and half school staff, were purely "advisory" bodies.  This sort of dismissive -- and frankly illegal -- attitude towards parent participation in decision-making has continued over from the Bloomberg administration.

In 2007, when Chancellor Klein tried to strip the authority of School Leadership meetings by rewriting the Chancellor's regs, I helped Marie Pollicino, a parent SLT member from Queens, submit an appeal to State Commissioner Mills.  Mills also found in our favor, forcing Klein to rewrite the regs and recognize the authority of SLTs to write Comprehensive Education Plans for their schools and be consulted on a range of issues, including a school-based budget aligned with the CEP, as the law clearly requires. (A timeline of these events  is on Class Size Matters' website.) And yet now, despite Mayor de Blasio's promise that parents would finally be respected and their input taken seriously, it was happening all over again.  De Blasio also promised increased transparency as to education spending, but that pledge has been ignored as well.

Sadly, even now Chancellor Fariña and the DOE attorneys seem uncertain as to whether to concede after two, overwhelmingly decisive court opinions against their position. In the Daily News, a DOE spokesperson is quoted as saying, "The state Legislature never intended to mandate that SLT meetings be open to the general public.  We are considering our options.” Really?  If so, why does NY State Education law 2590-h say  that each school must "provide notice of monthly [SLT] meetings that is consistent with the open meetings law"?

Let's hope that DOE doesn't appeal the Court's ruling once again.  Meanwhile, please share this decision with other parents, community members and reporters -- and let them know that as of yesterday, they have a right to attend any School Leadership Team meeting they choose.
Posted by Leonie Haimson at 10/26/2016 07:04:00 PM