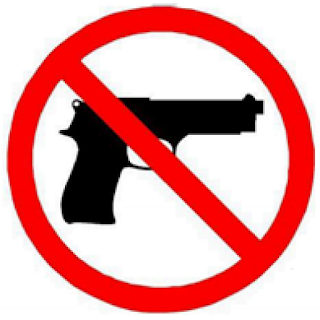 New York parents, teachers, concerned citizens: please sign onto a letter against a bill that would require an armed police officer at all NYC schools during school hours.

This bill, S6798, sponsored by Senator Felder, already passed the Senate and is awaiting a vote in the Assembly.

The letter is here and below and here is a fact sheet on the issue from nysd17forprogress.org.

To sign on, just enter your info here: https://docs.google.com/forms/d/e/1FAIpQLSdUEin5rKsRtuB4ZrNokSJuDC-DJ9TWfa0FPV1JU3XTwS9VfA/viewform


PTA and CEC members, please bring this issue to your organizations as well and urge them to sign on. thanks!

As parents, students, teachers, administrators, and concerned citizens in NYS Senate District 17 and around New York City, we would like to express our opposition to your Senate Bill 6798A, which requires an armed police officer to be present at schools within the City of New York during instructional hours. While there may be some schools that could benefit from such a measure, the evidence shows that the majority will not, and it is misguided to impose this policy on all schools.

In the wake of the Parkland shooting in Florida, and at a moment when the nation is grappling with the question of how best to protect our children, we believe that it is important to resist the impulse to bring guns into our schools. We stand with the children of Parkland in their call for better solutions: more gun regulation, stronger background checks, more school counselors, and more mental health support.

New York City schools are already provided with safety officers, who are not armed. We appreciate their vigilance, dedication, and professionalism. The great majority of their time is spent greeting students and parents and acting as the public face of the school. They don’t need a gun to fulfill these functions. If they were armed, their presence would be threatening rather than welcoming. It is important to remember, too, that armed guards do not guarantee our children’s safety. In the Parkland shooting, an armed guard was present but never encountered the shooter.

Ample evidence shows that the presence of armed officers at schools takes a toll on students. As New York City students reported to Mayor de Blasio at a March 8 town hall, they already feel criminalized by strict security. If police officers replace safety officers, students who commit minor, nonviolent infractions may end up being arrested rather than appropriately disciplined. This criminalization of school discipline disproportionately affects black and Latino students, who are more likely to be caught up in what has been called the school-to-prison pipeline.

Immediately after the Parkland mass shooting, New York State Senators introduced four important gun safety bills. The bills would have implemented effective background checks, established extreme risk protection orders, banned bump stocks, and created a Firearm Violence Research Institute. You did not vote to support these bills, and they failed to pass. If you truly share our concern for our children’s safety, we hope that in the future you will support and advance crucial gun safety laws instead of calling for armed guards in our schools.

I have to disagree with you. If there are no metal detectors then an armed peace officer is needed. I would never sign this petition and many teachers and parents wouldn’t either.

The fact sheet attached to the letter, as well as many other studies, indicates why having guns in schools is a bad idea. But in any case, this bill represents one man's idea of what needs to be done--to be imposed at the state level, no less--without any consultation with the
people who would be affected, such as parents, student, teachers, and school administrators.
Let's hear from them!