About two weeks ago, I posted a history of the program Teach to One (TtO): how it had first been developed in NYC Department of Education as a blended learning math program called School of One, how after it had spun off from DOE as a separate company called New Classrooms, the developer Joel Rose had promised never to charge NYC schools a fee to use it, instead granting them with a “royalty free, perpetual, non-exclusive license”, but then how the company has continued to charge a license fee to NYC schools anyway. The main focus of the piece was to describe how the huge hype surrounding the Teach to One program and the suppression of the findings of negative or null evaluations of its results has allowed it to expand to more schools, despite disappointing  results and a 60 percent school attrition rate.
In a single paragraph towards the end of this rather lengthy post,  I summarized the findings of a RAND report on the Next Generation Learning Challenge (NGLC) schools, assuming that schools using Teach to One were part of the evaluation, since TtO is a grantee of the NGLC program.  Diane Ravitch subsequently ran excerpts of my blog on hers.
John Pane, the lead researcher on the Rand report, wrote to Diane that New Classrooms / Teach to One was not one of the programs included in this evaluation.  I have posted a correction on that matter on my original blog post.
He also critiqued the way I reported his remarks to Education Week about “personalized learning” schools in general, that “the evidence base is very weak at this point,” and said that the paragraph in which I described the results of the Rand report had “numerous false and misleading statements,” including my summary of survey results that suggest that the students at NGLC schools “were more likely to feel alienated and unsafe compared to matched students at similar schools.”

He has granted his permission to quote his letter in full below, which I have done, along with my response to the points in his letter. 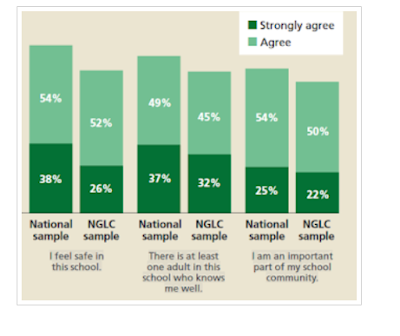 In addition, the  students at the NGLC personalized learning schools were more likely to say that that “their classes do not keep their attention, and they get bored” compared to the national sample (30% to 23%). Only 35% of students at the NGLC schools said that “learning is enjoyable” compared to 45% of the national sample. With results like this it is difficult to see what was wrong with my statement that students at these schools were more likely to feel alienated and unsafe.
Now we know that TtO students aren’t included in these surveys, but there is no reason to assume that their responses would be significantly different until and unless New Classrooms releases their own survey results.  And we do know that from the survey of students at the Mountain View school, which used TtO, showed a 413% increase in the number of students who said they hated math as a result.
Nor does John Pane’s response relate to the larger question which I discussed in my post, about how problematic it is to use MAP scores to evaluate these programs, especially scores from students  that aren’t disaggregated by race or economic status.  One might expect that with all the data that NWEA has by now they would have done that by now.
Finally, it is extremely unfortunate that Gates, Zuckerberg etc. haven’t bothered to commission any truly randomized  small-scale evaluation of Summit Learning, TtO or any of the other personalized learning programs that they so heavily fund and promote before expanding their reach and subjecting hundreds of thousands of students to them.   Summit has rejected  any independent evaluation of its results.  One can only speculate why.
Posted by Leonie Haimson at 3/12/2019 09:28:00 AM

Good for you. Hold your ground. Your thoughts and conclusions are clearly expressed and written in an open an honest way. Theirs are not. It's really that simple, anyone with an open mind can see how they attempt to mislead. You called them out and they don't like that. Ha, Ha. Keep up the good reporting and thorough analysis. Your work and efforts are appreciated.