A teacher's story: Why the DC Impact system Bloomberg wants NYC schools to emulate caused me to leave teaching 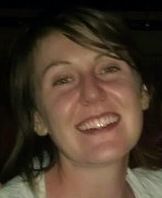 Well said. Perfect explanation. Really hard to help people on the outside see this sometimes. Now if only we could do this constantly and more concisely EVERYWHERE education reform comes up, we might start to sway some opinions.

Wow. I remember your Freaky Friday Free Writes, and my SpEd kids who normally loved to get pulled out of the regular classroom for any reason (not anything against your class, just the thrill of leaving class) just refused to go if it was FFFW.

It's a damn shame that there's still such a glaring disparity in the schools in DCPS, based on neighborhood. I've got a friend in a cushy school in NW who is just in love with the new system, but then, her kids were never the ones falling behind in the first place.

I've been seriously thinking about going back to DCPS, this is something to really consider...

Thanks for sharing the experiences. This is very touching one certainly.

A great article,right to the point. The political hacks, who know nothing about education, don't realize what they are requesting. They care little about what the children need. Under their plans creativity and individualization are gone. Test Prep is the main subject,teacher sharing is eliminated and teacher bickering begins about who really deserves merit pay.,principals will be forced to find teachers, many times unfairly, to give poor ratings to show they are doing their job.
The joy of teaching and learning for teachers and children is gone.
Paperwork takes over from teaching.
How Sad!

An amazing post. I could feel it as I read it.

Thank you for sharing your story. I fear that this will become the story of many others, including myself (a NY state public school teacher), in the very near future... it is indescribably frustrating.

It's more than heart-breaking when teachers who are trying to make a difference must either compromise their morals or leave. Would you ever consider teaching in a Montessori school?

As a NYC teacher for 12 years, I've seen the steady destruction of the teaching profession in the city. Gone are the magical classroom moments that captivated my heart as a young boy and energized me at the beginning of my teaching career to now settling for doing activity sheets because the text books and test preps say I need to do so. I seen the new teachers who come in with so much energy, enthusiasm, and vigor leave crying because, according to the test scores, they were "good" enough in the first 3 months... one of them was my sister.

Politicians have no idea what it is to educate, to hear the stories of children who live in shelters and can't find a way to do their homework, to hear how some kids come to an empty home because mom or dad are working or worse,

I hope my colleagues can stay united and stop this merit system, all it does is turn our beloved profession into a factory of mindless children.

I've done really well in this flawed system because i was in a grade that didn't have a "big test" (second). All I had to do was teach well during each of my observations -- I did, and got a $20,000 raise plus bonuses since no one can retire early anyway. But I have really had a problem with the fact that some of my colleagues can't be highly effective too. It almost tore our school apart when some of them got fed up with their evaluation being 55% derived from test scores. THe whole staff got shifted around to try to achieve momentary equity.

Now we have FIVE tests a year to prepare for the "big test" and in my 18th year of teaching, I cry from the stress. We are teaching new Common Core standards with NO CURRICULUM. NO CURRICULUM!!!!! We cobble each day together.

This is THE TRUTH.

As a DCPS teacher I can certainly confirm this story. At my school droves of overqualified energetic young teachers like the author are quitting the profession. They are interested in working in an environment where they feel trusted, valued, and treated as professionals. It will not work. Who will replace them?

BS. That's what this is, a raft of it. This is simply a story of burnout by an average person who came to realize how excrutiatingly HARD teaching kids IS. Period. You can't make the system"so powerful, that all teachers become great". This is earth, remember?

Per the DC teachers’ own comments math scores went up dramatically (at the end of third grade, only 23percent of my fourth graders had been proficient, and by the end of fourth grade, 64 percent of them were proficient or advanced).

Isn't it a bit selfish to focus on her problems with the "new way" when her kids clearly benefited? Her example should not represent the whole system rather that the system should be tweaked so that scores are not so important and there's a firmer public discussion on what matters in public education- art, culture, physical education. Fortunately, in NY test scores will only be about 40% max. It's always disingenuous when advocates support the teacher, but never the kids who advance under a revamped system OR WHO DROP OUT BECAUSE THE SYSTEM
SUCKS FOR THEM. The people united will never be defeated. The unions united will always take more money for their members and advocate allies without expecting better results and without benefiting the citizenry.

This is a story that needs to get out. I also left DCPS because of IMPACT. My 20+ years of teaching experience and success (a former student is an adjunct History prof with a PhD, another has a successful consulting business, others still look me up to say hi and thanks and this is from a Middle/JHS school population) doesn't count for squat. An Master Educator who observed me tried to tell and explain to me how to game the system and score better. That was the final straw. Education is not a game. I had to be true to my principals. After all, when you say its for the children, I take it to heart. My philosophy was to teach them as if they were my own. DC's plan is to test and test and test and kill creativity, and it killed my creative spirit. I hope that this to will pass. If not, we're in a heap of trouble.

I'm a Maryland teacher in a school system piloting a new evaluation system that measures the growth of students, which is better than just looking at test scores. I have to say that this DC teacher doesn't seem to recognize the fact that curricula is developed to be sequential so that each grade level is responsible for teaching certain objectives that society, not she, had determined to be important. The topics she chose to teach might be covered in a later grade. It's not for her to decide what is important. We can teach creatively to the standards. We can engage students in high-interest activities while addressing the proscibed objectives.
I know that many factors involving the differences between students and classroom are accounted for in the measurement. What has not been addressed by evaluators is the impact of teaching in a school built in the 1950's with rooms that are too hot or too cold (to extremes), have mold problems due to leaks impacting the health of students, some classrooms that are too small, and then there's lead pipes, asbestos, etc. etc. Some students don't get much sleep due to crowded housing conditions. Some don't have food at home and suffer from stomach pain. Buses bring some students late to school. In other words, we are always comparing apples and oranges when we compare teacher data.
Worst of all, a culture of competition develops to replace the culture of cooperation among teachers.

On this Teacher Appreciation/Mental Health passing, I wish to acknowledge the hard work, devotion, and love that doesn't fit easily measured into formal evaluation systems: the constant caring that never ceases, the extra unseen mile, the thankless and unnoticed tasks, etc.
May all the banal, anti-intellectual, unthinking, mean-spirited hypocritical bashing of public servants boomerang back to the privatizing promoters, boomerang back with a venomous vengeance. Yes, it is said, do not repay evil with evil. Take the hurt away from my heart, let
the truth and justice do their work. Peace to all thinking, feeling, human beings.

I checked the IMPACT Guide a few years ago. The 6 "Core Beliefs" that used to be on the front page of IMPACT were repeated over and over in a creepy, brainwashing fashion. But I took particular umbrage with the first stated "belief." (They still are in IMPACT, just listed once now instead of shown in the initial repetitive fashion.)

IMPACT: "What We Believe

Our work toward these overarching goals is fueled by a set of Core Beliefs. We expect every adult in the system to act in accordance with these beliefs every day.

1) All children, regardless of background or circumstance, can achieve at the highest levels."

That, belief #1, is such a denial of reality, not subjective reality, not changeable reality, but REAL reality, it makes me ill. I think it pretty well sums up the ridiculously unrealistic demands being put on teachers under IMPACT, including the horrendous evaluation system (students test scores/VAM), which does not and cannot help teachers to teach better or students to learn better. High stakes testing is as ridiculous and unrealistic a way to measure teacher effectiveness as is Core Belief #1.