Commissioner Elia resigns; let's hope for a better one next time! 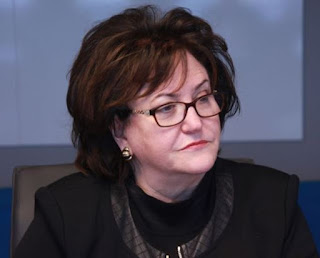 The serious concerns we expressed yesterday and shared with the Board of Regents about NYSED's new proposed privacy regs were overwhelmed in news of Commissioner Elia's sudden resignation.  What wasn't reported on in the media crush, at least as far as I've noticed, is that the Regents were set to discuss whether to fire her during their annual retreat that started yesterday afternoon.  Clearly, Elia jumped the gun with her announcement and as a result, she was able to control the narrative, with many of the news stories featured overly positive review of her regime.

Last year, the final RAND report on the teacher evaluation project was released, showing that the initiative she led in Hillsborough County before she was fired by that school board and came to NY had no positive results and in fact, resulted in less access to effective teachers for high-needs kids.  In addition, the initiative left the district in severe fiscal disarray.

I recall when NYSAPE members and I met with her after she was first appointed in 2015.  We detailed the issues with the invalid, overly long and developmentally inappropriate state tests and Common Core standards, as well as many other problems ranging from the state's refusal to oversee the increases in NYC class sizes to their laggardly pace in enforcing the 2014 student privacy law.  She said very little, but ended by claiming that somehow, all the problems with the tests would be solved by putting them online. Never did I suspect it would take four more years for them to issue regulations to enact the 2014 student privacy law, and when they did they would attempt to eliminate the ban against selling student data or using it for marketing purposes.


During her time in NY, she never seemed to grasp just how awful the tests were, and compounded their abusive nature by administering them untimed, which led to some children spending up to six hours or more a day trying to make sense out of them, until they collapsed in frustration. Nor did she make the changes in the standards that many of the early childhood experts on her own advisory committees demanded. Her modus operandi seemed to be to form myriad committees and advisory boards, and post numerous surveys, but then pretty much ignore all the public input she received.

As the NYSAPE press release says, let's hope the Board of Regents work with parents and other stakeholders in the appointment of  a new Commissioner this time who will steer the state in a better direction; the last four have been pretty awful.  The press release has a hopeful title.  We shall have to see whether indeed this the end of the state's long-lasting, damaging corporate reform agenda.


FOR IMMEDIATE RELEASE: July 16, 2019
More information contact:
Lisa Rudley (917) 414-9190; nys.allies@gmail.com
Jeanette Deutermann (516) 902-9228; nys.allies@gmail.com
NYS Allies for Public Education - NYSAPE
As NY Closes the Door on Commissioner Elia’s Corporate Reform Agenda, NYSAPE Urges the Board of Regents to Include All Stakeholders When Choosing Our Next Commissioner

MaryEllen Elia was the wrong choice for NY in 2015 when she was appointed as Commissioner by the Board of Regents and former Regent Chancellor Merryl Tisch. The Commissioner continued to demonstrate throughout her tenure an unwillingness to move beyond her corporate reform agenda, resulting in NYSAPE’s repeated call for her resignation. The children of NY deserve a state education leader who will put their well-being at the forefront of all education policies.

“In 2015, NYSAPE sounded the alarms when Commissioner Elia was recruited by national and local education leaders to run NY’s education department as she did in Florida, with privatizing, common core, and high stakes testing, as her main priorities.  As the new leadership and education philosophy of the Board of Regents shifted towards child-centered learning, Commissioner Elia was focused on creating a culture of fear, misinformation, and intimidation throughout NYS school districts,” said Jeanette Deutermann, co-founder of NYSAPE and founder of Long Island Opt Out.

“The student privacy regulations just released by the State Education Department were the last straw,” said Leonie Haimson, Executive Director of Class Size Matters and co-chair of the Parent Coalition for Student Privacy.  “After waiting five years for NY Education § 2-d  to be enforced, state officials just proposed regulations that would allow contractors to sell and use personal student data for marketing purposes, in direct violation of the language of the law. And she has failed to deliver any of the annual reports required since 2014 that would detail the progress in following up on data breaches and parental privacy complaints.”

“We urge the Board of Regents to work with parents, advocates and other stakeholder groups in appointing the next Commissioner. Our children deserve a Commissioner who will move past the current test-and-punish regime, and towards a whole-child education and project-based learning,” said Chris Cerrone, a Western NY school board member, teacher and a co-founder of NYSAPE.

“The New York State Education Department under Commissioner Elia was never straight with parents regarding the state's high-stakes testing program. Rather than present neutral information, the department engaged in deceptive practices, including creating PR "toolkits" designed to persuade families of the legitimacy of the tests, even though a growing number of respected educators and researchers have questioned their effectiveness. I hope her successor will be more focused on equity and partnering with schools rather than punishing them,” Kemala Karmen, co-founder of NYC Opt Out.

"Elia repeatedly feigned inclusivity, exaggerating stakeholder input, such as the role of teachers in creating standardized exams, the ESSA implementation workshops where a popular Opportunity Dashboard was stealthily removed, and the “public” comments on teacher evaluations which were never made public. Elia also never responded to requests asking for the research showing the scientific validity of standardized testing, nor would she make public the invisible scoring formulas which make the results unverifiable,” said public school parent and NYC educator Jake Jacobs.

New York must get it right this time. The children of New York and our public schools can’t afford to wait any longer for the education leadership they deserve.

​
NYSAPE is a grassroots coalition with over 70 parent and educator groups across the state.