Mitt Romney, time to educate yourself on class size! 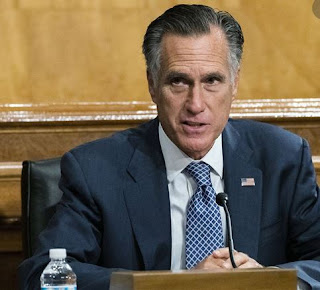 
Yet during the Senate hearings for Education Secretary designee Miguel Cardona, Mitt Romney took his allotted time to attack the entire goal of lowering class size.  As the Salt Lake Tribune noted, he “did not mention state he now represents. Utah has the largest average elementary school class sizes in the country & has for years. Some studies have shown a correlation between class size and learning, particularly among younger students. “

In some Utah schools, in an ordinary year, class sizes can be as large as forty kids per class.

Instead, in his comments, he referred to a  McKinsey study from 2007  that pointed out that some high-performing nations like South Korea and Singapore have large classes.  But these sorts of studies, including those from the OECD, too often omit two key factors:

Families in these nations spend a huge amount  of their annual income on private tutoring programs. In 2010, South Korean families spent 10.7%  of average household income on private tutoring, and amount has risen since then. South Korean students spend so much time in these private evening programs that they take pillows to help them sleep at their desks.  Moreover, many of these nations like South Korea are making an effort to lower the class size in their schools.

There are several other Mckinsey reports that cite the value of smaller classes.   See this 2010 McKinsey report which points out that “Research suggests, for example, that poor children who enter school behind their more affluent counterparts benefit from smaller class sizes that help them catch up.”

Or this 2012 report:  “Students often better understand and apply concepts in discussion with peer classmates. Traditional classroom environments often do not allow this, especially with large class sizes or when students live far from one another.”

In his comments, Romney claimed that there was no relationship between students’ class size and their Naep scores.  To the contrary, several peer-reviewed stuies show that smaller classes are correlated with higher NAEP scores after controlling for student background.  Here is a selection:

Many other studies demonstrate the benefits of smaller classes, particularly among disadvantaged students, showing their positive impact on state test scores, graduation rates, disciplinary issues,  the likelihood of attending college and even graduating with a STEM degree.  Nearly all these effects are twice as high for low-income students and students of color, showing how class size is a key driver of equity.

In 2012, Romney got in trouble for expressing the same erroneous views during his Presidential campaign. He should be praised for being one of the few Republican officials to call out  the lies of Donald Trump.  Isn’t it time that you stopped spreading misinformation and educate yourself on class size, Mitt?