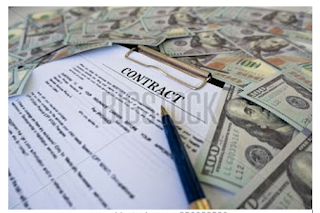 Update Wed. night; at 8:30 PM. Amazingly the PEP voted down this Contract, only the 2nd time in its history.  "The vote was 6 yes, 5 no votes & 3 three abstentions the resolution does not pass." Tom Allon, mayoral appointee voted no, as did the new Manhattan appointee Kaliris Salas Ramirez, the new Brooklyn appointee Tazin Azad, and the  Bronx appointee Geneal Chacon, and Tom Shepherd, the CEC appointee. Mayoral appointee Alan Ong abstained, as did the Queens appointee Deb Dillingham and Staten Island appointee. Jaclyn Tacoronte. More on this here..

Update later in the afternoon on March 22: since I posted this a few minutes ago, the Mayor's office announced his nine appointments.  Newly announced member (presumably to replace Joe Belluck) is Dr. Vasthi Acosta, the executive director of Amber Charter Schools. There are several reps connected with charter schools, and I am quoted in the NY Post about why this is problematic.

Tomorrow, Wed. March 23 will be the second meeting of the NYC school board under our new mayor, Mayor Eric Adams. Since Mayoral control was instituted in 2002, the board has been composed of a super-majority of Mayoral appointees.

At that time, it was renamed the Panel for Educational Policy (PEP) by then-Mayor Bloomberg, though according to state law it is still officially called the NYC Board of Education. Among the Panel’s duties is to approve Department of Education contracts, with many inflated and wasteful contracts rubber-stamped over the last twenty years. Only once in its history has it voted down a contract: last year, when a majority of members voted in the midst of the pandemic not to approve a contract to Pearson for the test given to four-year-old students to be admitted into NYC’s controversial gifted program.

Even though the law requires monthly meetings of the PEP, the Chancellor cancelled the January meeting.  Eight new members appointed by the Mayor participated at the February meeting, though their names and contact information are still not posted on the relevant PEP page . Instead, the names that are listed still include the eight members appointed by de Blasio, who vacated their posts at the end of December. The identities of the new appointees can be found in the minutes of the February meeting, though no contact information or biographies.

The ninth member who was slated to be appointed by the Mayor in February was Joe Belluck, an attorney who is also the chair of the SUNY committee that authorizes charter schools. Belluck withdrew his name right before the meeting. This was presumably due to conflict-of-interest issues, given that charter schools take away valuable public school space through co-locations approved by the Panel, and now cost the DOE budget more than $2.6 billion dollars annually. (Full disclosure: my organization, Class Size Matters, put out a press release against Belluck’s appointment the day before he withdrew.)

The new schools Chancellor David Banks, also appointed by the Mayor, has repeatedly said he wants to save money by cutting waste and the bureaucracy. At tomorrow’s meeting, among the many contracts they will be voting upon tomorrow is one for a company called 22nd Century Technologies, at $16.5 million per year, renewable for five years at a total of $82.5 million. The contract is listed as “Recruiting and Staffing Services for Temporary Professionals.” This company, the contract proposal says, will be paid to hire “consultants in a wide range of disciplines across DOE schools, central offices, and/or NYCDOE Borough/Citywide offices” and will be “responsible for identifying, processing upon selection, and managing the consultants it recruits and those referred by the DOE.” The company will charge “markup fees of 17.35% and 22.50% for DOE-referred and vendor-recruited consultants, respectively.”

There is little detail about what these consultants will actually be doing, except for that they will be “used in a wide variety of areas including special education, curriculum design and development, all of which are needed to ensure the successful execution of several temporary DOE projects or needs. “ The mention of curriculum design may relate to the Mosaic curriculum, which initially being developed by “a team of administrators and teachers … during their off hours”, according to the Daily News, but whose roll-out has been delayed. Of the $16.5 million being paid to this company, the document says nearly half will go to “supporting work that is legally mandated specialized expertise” and “supporting stimulus projects” – which I assume means federal stimulus funds, without identifying what this expertise or these projects involve.

The reason for hiring consultants, the document claims, is that “because consultants are better suited to complete short-term tasks for schools and/or offices, instead of using full-time DOE employees.” Even if the use of consultants is advisable in this case, there is no reason why the DOE should not hire consultants directly, but instead must pay another company to hire and manage them, with a markup of 22.50% and/or 17.35%, the latter if DOE officials recruit these consultants themselves. In any case, we can expect that the mayoral appointees will rubber-stamp this contract as they have in the past, with few if any questions asked, and no discussion of larger issues.

The DOE has lost millions in fraudulent contracts since Mayoral control was instituted in 2002. Just some of them are recounted in my City Council testimony from 2011. What this testimony doesn’t include is what happened four years later. In 2015, along with then-Public Advocate Tish James and CM Danny Dromm, we blew the whistle on a proposed $1.1 billion five year contract, renewable at $2 billion, that was supposed to be awarded Custom Computer Specialists, a computer wiring company that had been involved in a kickback scheme just a few years before. The PEP approved this contract anyway, with a vote of 10-1, but as a result of the ensuing scandal, City Hall kicked it back, and the contract was rebid and awarded to several different companies at a far reduced price of $472 million, with savings to the city of between $163 million and $627 million.

Another result of the CCS scandal was that DOE promised from then on to publicly to post all prospective contract requests for authorization at least 30 days in advance, to allow for more scrutiny by Panel members as well as to allow for improved independent oversight. As Juan Gonzalez wrote about this result in the Daily News: “Tweed will even post information on all bids on its website 30 days before the scheduled vote by the panel, and has committed to do the same with other contracts.” Yet the DOE stopped doing this in April 2020 – nearly two years ago.

According to a New York state education law passed in 2005, all school board members must receive at least six hours of training in financial oversight, accountability, and fiduciary responsibilities. There is an exception in the law for NYC, but only if as the chancellor annually certifies to the commissioner in writing that the training they provide “meets or exceeds the requirements of this section.” Yet PEP members have told me privately and been quoted in the media to say that they have received only minimal training in financial oversight – and much less than the six hours that the law requires.

I recently filed a Freedom of Information request to the State Education Department for a copy of the annual certification from the NYC Chancellor, attesting that the training provided PEP members was compliant with the law, for the years 2019, 2020 and 2021. I received a response from NYSED that they had received no such certification.

This is one of the reasons in my recent testimony before the State Legislature on Mayoral control, I strongly recommended that the governance law in NYC be amended to require that the City Comptroller’s office take over this important responsibility. The DOE has gotten in trouble before when hiring companies to manage consultants – in the case of the Ross Lanham scandal, in which Custom Computer Specialists was also involved and millions were fraudulently charged to DOE for a different computer wiring scheme, as detailed in a report from the office of Special Investigator and in the indictment by then- US Attorney Preet Bharara. This scandal apart from the money stolen cost NYC more than $100 million in federal E-rate funds.

This may not happen in this case. But if the Chancellor is concerned about cutting down on waste and bureaucracy, this is a strange way to go about doing it.