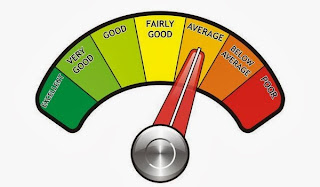 UPDATE:  Since this was written, the NYS School Boards Association has put out a statement that David Little's account of the hypothetical use by colleges of an "inBloom score" was meant as a "cautionary tale." A transcript of his full testimony is here, if you'd like to see it for yourself.

Across the nation, public school families have been acutely concerned with the unprecedented and potentially illegal creation of a massive, cloud-based database of sensitive student data.  These concerns have met with derision from a range of corporate reform-minded policy makers and pundits.  But testimony offered to the New York State Assembly last week proves there are people who clearly intend to expand the use of student data well beyond what public school families could ever contemplate.


The final thing that I would envision is how this would be used in the future.  If I were post-secondary education institution, one of the most efficient ways of evaluating a student in addition to grades and SAT scores would be if I had  a numeric score based on their entire history of discipline and individual grades and individual scores over the years, and I could numerically  assess that, and say they got this on the ACT, this is their grade point average and this is their inBloom score.   That would be tremendously efficient for these people.  So I think as we go forward, I think it is incumbent on all of us to make sure that we take the time and energy to make sure that we are not only doing the right thing but we are also doing it right.


Rather than think up new ways to efficiently exploit sensitive student data, the NY State School Boards Association ought to be concerned about the risks of inBloom to the state's school systems.  The state's contract with inBloom is so extraordinarily one sided that it presents a serious risk to the very members the Association is supposed to represent: inBloom has contractually deflected all but a token about of liability back to the districts supplying data, the inBloom entity itself has no material financial assets to backstop its work in the event its defective software results in a data breach, there are no required protocols to respond to data breaches and no obligation on behalf of inBloom to notify or compensate the victims of a data breach.

The fact that the School Board Association would call for further exploitation of student data is simply another example of the recklessness of the inBloom project and irresponsibility of those pressing it against the interests of public school families.
Posted by Patrick J. Sullivan at 11/25/2013 09:57:00 PM

Well, I supposed it's better that the School Boards Association walked back Little's comments. I don't really believe it was all a "cautionary tale". What remains is the poor job the Association is doing in representing their members. All other states and districts that looked closely at inBloom have decided to walk away. At this point the inBloom entity can't be economically viable. Little and his bosses ought to know that and be waiving a red flag instead of trying to smooth over the obvious failings of the whole enterprise. In the end it will be school board members who take the heat.

I am an NYC school parent who reads this blog and thanks you from the bottom of my heart for what you are doing you are doing for all of us. But I have to say - I watched the tape of the hearing and got the impression at the time that he thought he was hinting at a dystopian possibility. Furthermore, it seemed like the chairperson (Nolan?)interpreted it that way. This may all be clearer on tape where you can see closeups of people's expressions, and eye flashes and stuff, than it was live for people in the room who were farther away from than the camera.