Questions to DOE from Jeff Nichols of Change the Stakes re opting out of the exams, promotional guidelines and data sharing 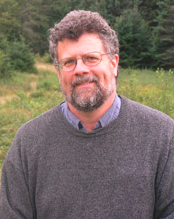 Yesterday I sent the following letter to the Senior Deputy Chancellor of the NYCDOE, Dr. Dorita Gibson. As a parent of a fourth grader and a fifth grader in New York City and as a member of Change the Stakes (changethestakes.org), I am deeply concerned about the level of public confusion around the subjects of testing and opting out. This letter is part of an effort to help clarify matters at a moment in our city's history when our local leaders may be departing from past policies on these issues in many significant ways.

As the letter indicates, last year Change the Stakes worked with the DOE and the public to provide a FAQ page on opting out that many parents found very helpful. In the course of that process I supplied questions to Deputy Chancellor Suransky's office, but they also took questions directly from the public once the process was initiated. Please feel free to suggest to me any further questions you feel should be addressed now, and I will post any response I get from the DOE about how to proceed from here to create a useful ongoing resource for the public. (I can be reached at jeff.william.nichols@gmail.com.)
-- Jeff Nichols
*  *  *

Dear Dr. Gibson,
I am writing on behalf of Change the Stakes, an association of parents and teachers in New York City concerned about the misuse of testing in our schools, to request clarification of the DOE’s policies regarding opting out of the state tests. Many parents are deeply confused about how test scores, or the lack of them, will affect student promotions, middle and high school admissions, and the evaluations of teachers and schools.
I’m sure you are well aware of the rapidly growing opt-out movement. Change the Stakes and other groups like it are aware in turn that the DOE is taking a new approach to the role of standardized tests in our schools. However, NYSED is not, many principals in New York City seem to be operating according to Bloomberg-era policies, and many of our members are still determined to refuse their children’s participation in a practice that a preponderance of educators regard as fundamentally unsound – high stakes tests.
Last year Change the Stakes worked with Shael Suransky and his staff to develop a FAQ page that parents across the city and beyond found extremely helpful. This year the need for such a site may be even greater, as the opt-out movement grows in the context of gyrating state policies around testing, which are in greater disarray than ever because of the incomplete and -- in the view of many, irretrievably botched -- implementation of the Common Core State Standards.
Parents in New York City continue to receive radically inconsistent messages from principals and superintendents about opting out. Some are told their children will be given alternative activities, ranging from quiet reading to helping out in the classrooms of younger, non-testing grades. Others are threatened with retaliatory measures like denial of promotion or banishment from honor societies, graduation ceremonies, sports teams and the like.
We are sure you are already taking steps to address such contradictions, and we would like to help with that effort by presenting you with the kinds of questions we have been receiving from dozens of parents.

Last year Mr. Suransky worked with us on an ongoing basis throughout the spring to develop and update the FAQ site. We submitted an initial list of basic questions, and then both we and his office added to those questions as new issues arose. Of course Mr. Suransky and his staff took our questions as drafts and often re-worded them to best suit DOE policies, but the results were I believe satisfactory and very useful to both parties, even though the relationship of Change the Stakes to an administration that was strongly pro-testing was essentially adversarial.
Below, then, is an initial list of questions for your consideration. We hope to work with you to create a vital public resource that will allay stress and confusion over testing for many public school families.
*  *  *
Opting Out and Student Promotion

How does Chancellor Fariña plan to direct principals and superintendents to approach families who opt out of the state tests? Will these directives be shared with families so teachers, principals and parents alike know what to expect?

Do parents have the right to request a portfolio evaluation in place of the state ELA and math exams for the purposes of promotion? Can they request the teacher's judgement or report cards be used in place of standardized tests for this purpose?
Are parents required to use specific language when opting out of the state tests (for example, must they avoid the phrase “opt out” and use the term “refuse” instead?), or does the clear expression in writing of their intention suffice (as it presumably does for other school activities like field trips or sex education for which they might refuse their children's participation)?
The Black Line Masters and portfolio assessments are very time-consuming substitutes for the state tests and would be difficult to administer on a large scale. Are there plans underway to provide a less cumbersome alternative in the event of widespread growth of the opt-out movement?
When portfolios are used to determine promotion, what are the the contents of a portfolio and who evaluates it, on the basis of what criteria? The BLM passing score is apparently a "high 2."  How does this compare to the state test "2" as passing?
Can parents see and approve their child's portfolio before it is submitted to the superintendent by the principal?
If a school is considering retaining a student, can families request the alternative solution of promotion combined with extra support?

What is the appeals process that families can use if they do not agree with a school's promotion decision? Can teachers appeal a promotion decision that runs counter to their judgment of what is in the best interests of the child?

What was the rationale for removing the promotion decision from the classroom teachers? Are there any plans to restore their traditional authority over this decision?

What is the timeline for promotion in June, promotion after summer school, and promotion appeals?

Impact on Schools
Will schools that fall below a 95% participation rate in the state tests, either cumulatively or by sub-category of students, be penalized in any way?
Is it true that NYS was granted a waiver from NCLB in 2012, and that any school in good standing cannot have that designation changed until 2015-16, regardless of its test scores or student participation rates?
Will  a school currently labeled as a  "focus school" have special consequences different from other schools if they have a participation rate under 95%?
How are this spring's ELA and math exams going to figure in the evaluations of teachers and schools?
Administration of State Tests
Who scores the state tests? Do teachers see the questions or do they only see the scores the student receives? Are teachers allowed to discuss the contents of state tests with students at any point after they are given?
Can parents see the state tests after they have been administered? Is there any provision for parents to challenge their children's scores?
Who scores the Blackline Masters and the August standardized tests given to determine promotion after summer school? Are parents allowed to see these tests?
When state tests are used to determine promotion, are the tests used in their entirety or are partial scores used (omitting for example sections involving extended responses)?
Middle School Admissions
Given the widely acknowledged disjunction between the still-incomplete implementation of Common Core standards and this year's ELA and math exams, will the DOE direct middle and high schools to disregard state test scores in admissions?
As a general matter, apart from the current confusion about the alignment of state tests with CCSS, for students subject to "middle school choice" and/or applying to middle schools throughout the city, is there an official policy in place that will ensure that children who opt out will NOT be disadvantaged relative to private school students, home-schooled students or others who do not have NY state test results when it comes to consideration for admission?
Field Tests
Will there be stand-alone field tests this spring, and if so, when?

Should parents be asked for permission for their children to participate in field testing? Are schools required to notify families ahead of time about the administration of these tests? What form will this communication take, and will all schools be expected to follow a similar procedure for notifying parents?
Testing and Student Privacy
If parents wish to refuse to allow their children to be tested or assessed in any way that will be tracked by InBloom, how would that affect their children's standing in the NYC public schools?

What measures generally can parents take to prevent their children's personal information from being given to InBloom or any other outside entities without their consent?

Freedom of Speech for Teachers and Parents
Under Mayor Bloomberg’s administration, many teachers were afraid to openly discuss vital educational policy matters of deep concern to parents, such as high-stakes testing and the implementation of the Common Core. They feared retaliatory actions even including dismissal for engaging in speech that ran contrary to the official line of their school's administration.

Will the DOE direct all principals in NYC that there are no restrictions on the right of parents and teachers to discuss freely with each other all aspects of educational philosophy, teaching methods, and state and local education policy, with no penalties for teachers or parents who express opinions contrary to those of school administrators, the DOE or the SED?
*  *  *
Thank you for your attention and for your ongoing work to meet all of our children's educational needs.