Say NO! to a massive corporate giveaway in the budget bill, and a video of Middletown HS students on this outrage 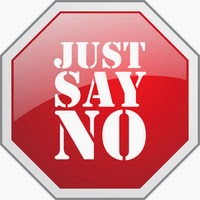 Dear parents:   PLEASE call your legislators in Albany today and urge them to vote NO on the state budget bill!

On Monday, the Legislature will be voting on a budget that favors charter schools over public schools, provides them considerably more funds per student , bans charging charters rent or facility fees, and will guarantee any new or expanding charter free space in NYC  public school buildings – or the city has to build or rent them facilities out of taxpayer funds. NYC will be the ONLY place in the country where the district will be obligated to provide free space for ANY new or expanded charter in the future.

The bill also contains very weak provisions on protecting student privacy, and it is not even clear if it would stop inBloom.  For more on the bill's inept and deceptive privacy provisions see our blog here.

It is rather amazing that while Cuomo has deliberately refused to provide our schools with equitable funding or the ability to reduce class size -- which the state's highest court deemed necessary for students to receive their constitutional right to a sound, basic education -- he is instead allowing hedge funders and corporate interests to hijack the space in our schools and our children's personal data.

Please contact your legislators today in Albany today, and ask them to tell their leaders that this massive giveaway to corporate interests should not go forward -- or they should vote no on the budget.

Your Assemblymember's contact info is here; your Senator is here.  Meanwhile, the students of Middletown HS in NY say it better than I do.  See their video below.

I called and emailed my State representatives as well as the Governor but since I don't have an extra $800,000 laying around I doubt their listening. Such a disgrace that our State Government has been bought by the Education Deformers.

I like the bill! Why would you be against charters?? I got my child in a Success Academy charter and out of his terrible district school - he's doing great! i think you should rethink your opposition!

Strengthen the American public school system --instead of draining away sorely needed funds and resources to these private entities.
Remember Texas Governor Perry struggling and struggling on stage, as he desperately tried to remember that it was the Education Department that he wanted to abolish? That's the real back story:
Conservatives, right-wingers, and hedge fund investors (!!) would just love to divide and conquer the public school system, and us, as they try to destroy unions, pensions, and anything that smacks of the word "government" or "public" - leaving them in charge, God help us, as they bring in their charter school Trojan Horses, as they remove public ownership and public oversight of eduction in this city, and in this country.
Money, money. money, follow the money: These charter school proponents would love to privatize and monetize everything in sight- including your children's future -as they increasingly suck up your tax dollars and public buildings and public resources for their own ideological and profit-making ends --leaving the public schools starved.
When hedge-fund managers start telling you how worried they are about your child's education - RUN! Just look at the fact that nowadays you need to mortgage your entire life, just to get a college education. Not by chance. Not by chance...
Don't believe the incredible hype on this issue, including the recent multi-million dollar NYC commercial blitz ..from these so-called "non-profit" scams.
We've spent many decades building an independent and free PUBLIC school system in this country, and it has served us well. The public school system has challenges., but that reflects our society. This is not the time to abandon our public schools -by undermining and helping to destroy them with private charter schools.

I am not against charter schools, as a matter of fact I applaud charter schools for serving a wide audience of children that may not be provided with equal and excellent educational opportunities in their own district or cities. However, I do feel charter schools should NOT be allowed space inside existing schools. The existing schools already have forgone music rooms, art studios, drama space and have jammed packed classrooms (30+ students). Charter schools need to use their corporate monies to build their own spaces or pay rent.

Per the NYC Parents Blog, this passage in the draft budget language is making heads explode:

Bad enough that C4E and CFE funds are being cut, and classes for very many of the OTHER 95% of NYC students are OVERCROWDED, and have been increasingly so for YEARS, this passage not only would provide charters with free space (so much for the charge-em-rent rebellion), but it puts charter students AHEAD of public school students, AND it puts the DOE on a 5-month clock.

I've been at this a while. I have NEVER seen a site identified and made available, or identified and funded, in five months. Period. Five years? Maybe. That's why we have a 5-year CAPITAL PLAN. Now all of a sudden, it's a fire drill?

Charters or not, this is an insane and inane way to conduct facilities planning.

So much for "Mayoral Control." Again, that only counted if it was a pro-Charter mayor, evidently.