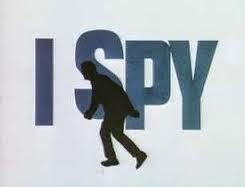 April 4, 2014 (GBN News): Pearson’s vaunted security was put to the test, so to speak, when the NSA reportedly spied on NY City schoolchildren taking this week's ELA exams. While Pearson, who designed the Common Core tests, forbids teachers and principals from revealing any details about them, sources told GBN News that NSA agents have compiled a huge database of questions and answers, through the use of cameras hidden in students’ number 2 pencils.

It is unclear why the NSA, after revelations that it spied on everything from foreign embassies to German Chancellor Angela Merkel’s cell phone, would feel a need to spy on schoolchildren’s standardized tests. J. Fredrick Mugson, a national security consultant and recognized expert on educational espionage, feels that the agency may actually be targeting the teachers.

“Knowing that the common core tests are supposed to evaluate the teachers even more than the kids,” he told GBN News in a phone interview, “the NSA is probably just trying to evaluate which teachers may pose a national security threat.

“But the ironic thing,” he went on to say, “is that it will likely backfire. From what I hear, the ELA questions on this exam were so incomprehensible that I doubt the NSA agents were able to make head or tail of it.”

Meanwhile, former Mayor Michael Bloomberg weighed in on the opportunity to criticize his successor, Bill DiBlasio, over the security breach. “This kind of thing would never have happened on my watch," Mr. Bloomberg told GBN News. "In fact, I guarantee that if Chancellor Merkel had come to our schools when I was in charge, the NSA could never have listened in on her cell phone calls. With our cell phone ban, we would have confiscated her phone before that could have ever happened.”
Posted by Gary Babad at 4/04/2014 12:07:00 AM

Which policy are you referring to, Mr Bloomberg...is it the cell phone policy that was never enforced during your reign?...Perhaps Mr DiBlasio is in the predicament as to electronic devices because of the lax foundation your administration laid out...

Shame on you, Mr Bloomberg, for attacking your successor over a problem that your administration gave birth to. The fact of the matter is that you can not state that the problem would not have existed if you were still "in power", because the problem existed for every one of the twelve years of your increasingly questionable administration.

One hundred days into the DiBlasio administration, you demonstrate once again a lack of honesty, as well as civility, and a total disrespect for the office of mayor of New York.

Anonymous: Gary Babad is a parodist who used to post regularly on the blog so I had a disclaimer. Please don't be fooled!

Thank you for the information you have provided, I am really happy because this post with my knowledge increaseth, visit our website manuel

Recent reports have Pearson, NSA, and inBloom helicarriers targeting each other.