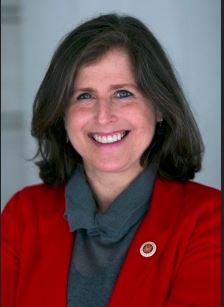 Helen Rosenthal, chair of the City Council Contracts Committee, has been a persistent advocate for more public transparency around DOE contracts, to stem the waste, fraud and corruption that caused millions of dollars in taxpayer dollars to be squandered, as occurred during the Bloomberg administration.  After last year's mindboggling fiasco of Custom Computer Specialists, in which the Panel for Educational Policy rubberstamped a contract originally worth up to $2 billion over nine years, later reduced to  $1.1 billion, for a company that had engaged in a kickback scheme against the DOE just a few years earlier, the DOE  promised her that they would make more information public about proposed contracts at least seven to ten days before the PEP vote.

Luckily, City Hall eventually rejected the Custom Computer Specialists contract, but the same lack of transparency persists -- with the same educrats in charge, including David Ross, head of contracts at DOE for the last eleven years.

Below is a letter Helen wrote Ray Orlando, CFO of DOE, last week.  During the Nov. 19 PEP meeting, they will vote on a $105 M no-bid contract for Apple computers and some high-priced consulting contracts.  Every month, numerous preK contracts are approved, with little or no information provided in advance.  After she sent this letter, the approval of some potentially huge technology contracts, including  a mysterious new data system called TAARIS and the possible replacement for the Custom Computer Specialists contract, was shifted from from the November meeting to the December meeting, as usual with no information about the potential cost or vendors provided.  None of this inspires confidence in the integrity and the rationality of the process.

Letter to CFO Orlando from Council Member Rosenthal by Leonie Haimson
Posted by CSM Research Associate at 10/29/2015 11:55:00 AM