Fred Smith on the Common Core: Show me the evidence! 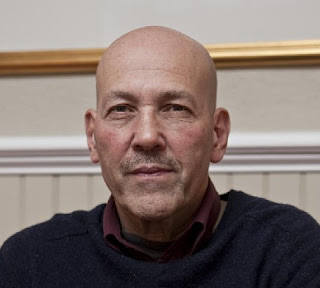 Good afternoon. My name is Fred Smith. I served as a testing specialist and analyst for the New York City public school system and retired after 33 years. I’m a member of Change the Stakes, a parent awareness group that has spearheaded the steadily growing opt-out movement in New York City.

Thank you for giving me time to present concerns about the quality of the tests aligned with the Common Core and the State Education Department’s unwillingness to provide information about the tests to parents and independent researchers.

But first I want to acknowledge the significance of Assemblywoman Nolan in these proceedings and in shaping whatever positive outcomes the Task Force may produce, if it hopes to restore rationality to education. As a respected legislator and Chair of the Assembly Education Committee, she is its preeminent member and must be the voice of the task force.

I attended its first public meeting last week in New Rochelle and was taken by Lisa Rudley’s presentation about the imposition of the Common Core Standards over the last few years and all the testing and anxiety it has brought down on students and teachers. Lisa is a parent advocate and a founder of New York State Allies for Public Education, a galvanizing force in last April’s statewide boycott of the testing program.

She set a tone that said We, the People, are tired of yet another task force. She asked what research had been done to show the efficacy of the Common Core approach; what evidence was there to justify the uses of the core-aligned exams in reaching decisions about children and the effectiveness of their teachers?

What moved me to indignation, however, were not her pointed remarks--but the defensive reaction she elicited from one task force member. He challenged Lisa for evidence to support various complaints leveled against the tests. The criticisms he ticked off dealt with developmentally inappropriate content, test length, frequency of testing, item difficulty, level of vocabulary and trick questions. Where was the data to back up these claims?

On the surface, his fact-finding pretext seems reasonable, but in the case of the core-aligned exams it is disingenuous and fails the following tests:

1. The Burden of Proof Test. The task force shouldn’t expect us to bear the burden as test consumers and should put it where it belongs, on the backs of the producers. Pearson, Inc. which constructed the exams must show that its product is sound. When the engine breaks down in a particular car model, are purchasers responsible for the defects or does the manufacturer have to issue a recall and make restitution?

2. The Nose Test. This is fast, simple and cheap and draws valid conclusions without elaborate scientific demonstration. You don't have to perform chemical analyses of milk to know when it’s sour. You just take one whiff and refuse to drink it. The parents of over 240,000 children in New York State had taken in enough of the stench of the core-aligned testing program to reject it.

3. The Independent Review Test. When something is amiss, it needs trustworthy examination. It is unwise to ask operatives to investigate problems they prefer to cover up. Such has been the case with SED and Pearson, who have partnered in keeping the testing program free of outside scrutiny. If a railroad goes off the tracks the train owner is not asked to determine what caused the disaster. And neither are the passengers. Instead, a group of transportation experts is immediately brought in and given access to all the details in order to find out what went wrong and prevent it from recurring.

4. The Common Sense Reality-Check Test. We know that parents opting kids out of the state exams on such a large scale cannot be dismissed as a mass delusion or mere anecdote. It is a verdict on the tests that requires little empirical data to sustain.

5. The Basic Decency Test. What amount of research evidence could possibly justify sitting ELLs in front of an English Language Arts test and giving them extra time to finish it? Is this an accommodation, insanity or just plain inhumane?

6. The Transparency Test. This test has the most weight. Even if the desire for research is well-intentioned, it is preposterous to ask for analyses and definitive findings when the data that work would depend on is kept hidden by SED or provided in an untimely and incomplete manner as the department stonewalls us from behind its FOIL barricade. Until there is disclosure of test material and technical/statistical information needed to provide insight into the quality of the exams, holding us to a standard of proof that can’t be met in the absence of data reduces the task force request for evidence to an exercise in deception.

So I challenge the task force to break the mold it’s been cast in. This will be a measure of your good faith. Don’t be pushed into doing a two-month rush job of a report that will offer broad recommendations to keep the wrecked train of the Common Core running and the broken engine of core-aligned testing back on the road to ruin. Worst of all, don’t do that in a way that suggests you have listened to the public.

And I ask Honorable Assemblywoman Nolan to return to pursuing a much tougher revision of the Truth-in-Testing legislation than the one that was passed at the 11th hour of the last legislative session. It was far weaker than the version that she and New York State Senator LaValle sponsored in June.

The time is now to revisit their efforts and take the opportunity to enlist testing experts in formulating and enacting a T-in-T law that will provide transparency in all aspects of testing and protect the public from the kind of testing tortures we have experienced.