Nancy Cauthen on the Common Core: stop experimenting on my children and other people's kids! 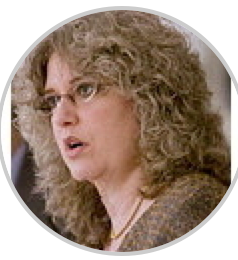 Here is the testimony of Nancy Cauthen to the Governor's Common Core Task Force on Friday.  Nancy is a public school parent, a member of Change the Stakes and NY State Allies for Public Education (NYSAPE), and a sociologist.

My name is Nancy Cauthen and I’ve been a NYC public school parent since 2002, the year No Child Left Behind went into effect. Both of my sons, who are now in high school, attended a traditional K-8 school in Washington Heights in Manhattan.

Having had the opportunity to watch No Child Left Behind and then Race to the Top unfold, my first point to the task force is this:  I urge you to consider your charge in the context of the long process that got us here. This grand experiment with high-stakes testing and now Common Core has been going on for a long time.

Yet, instead of research or evidence, this experiment has been based on: (1) a hyped narrative about the “failure of public education”;  (2) the personal beliefs about “what works” on the part of rich and powerful people, like Bill Gates and David Coleman, who lack the qualifications to make education policy; (3) simple attributions of causality, such as “bad teachers create bad academic outcomes”; and (4) a blatant disregard for the expertise of educators and of decades of research on early childhood and how to ameliorate the effects of poverty on school performance.

I say this in part as a political sociologist who studies public policy and researches strategies to reduce child and family poverty and increase opportunity. But as a public school parent, I am sick and tired of federal, state, and local politicians and officials experimenting on my children and on other people’s children!

My second point is that you need to slow down. A sense of urgency has been used repeatedly to justify one untested policy change after another. Assemblywoman Nolan, I appreciate that you acknowledged at last week’s public hearing that the legislature has made 4 or 5 attempts in the last 5 or 6 years to get it right, yet here we are. As parents, we ask you to take your time until you know what you’re doing! Governor Cuomo has not given this task force nearly enough time to get it right.

We’ve now wasted well more than a decade on untested reforms that have enriched private interests, while turning schools into test prep factories. By narrowing the curriculum, taking autonomy away from teachers and engaging in non-stop test prep, our schools are turning out students who in many ways may be less prepared for college than the previous generation. There’s a good bit of anecdotal evidence to warrant concern.

My husband has been a college professor at the same institution for nearly 20 years. He says students are much more afraid of taking risks, much more afraid of “being wrong,” much less intellectually curious and much less capable of independent and critical thought than students 10 years ago. This is the exact opposite of what we are told the CC standards and testing is supposed to accomplish.

My third and final point is that we must get high stakes out of testing! The shrinking emphasis on science and social studies and the loss of music and the arts, physical education and even recess is a direct result of high stakes for students, teachers and schools. Here in NYC, test scores still matter for promotion, placement, middle and high school admissions, even though they are now less consequential.

Parents and educators in groups like Change the Stakes and NYS Allies for Public Education – two groups of which I’m a part – urge you to de-couple test scores from teacher evaluation and to stop punishing schools because their test scores reflect the demographics of high-needs populations. Test and punish doesn’t work.