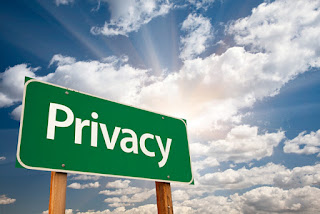 See the Politico article this morning about NYSED's appointment (finally) of a CPO -- more than two years past the legal deadline and our press release below. UPDATE: See also articles in Schoolbook, Chalkbeat and Staten Island Advance.

The long overdue appointment announced today by the NY State Education Department of a Chief Privacy Officer, Temitope Akinyemi, is an important step forward to begin to enforce the New York student privacy law that was originally passed on March 31, 2014 as part of the state budget, along with the banning of the plan to share personal student data with inBloom Inc.


Parents are relieved that more than two years following the July 29, 2014 deadline set by this law, the NY State Education Department has finally appointed a permanent Chief Privacy Officer.  Yet by that date, the CPO was also supposed to have developed an expanded Parent Bill of Privacy Rights, with the input of parents and other stakeholders.  Instead, NYSED hurriedly posted a Bill of Rights two years ago that is incomplete as to existing federal and state privacy laws – as pointed out by a letter to then-Commissioner John King in August 2014.


Said Leonie Haimson, Executive Director of Class Size Matters and co-chair of the national organization, the Parent Coalition for Student Privacy: “Now that the CPO is appointed, Ms. Akinyemi should immediately begin to reach out to parents through public hearings to improve and expand upon the Parent Bill of Rights, to gain their input so that their children’s privacy and safety can be secured. Parents have already waited too long for this to occur.”


Parents and advocates also urge Ms. Akinyemi to appoint a Data Stakeholder Advisory Panel to oversee the state’s collection and disclosure of personal student data.  According to a federal grant provided to NYSED in 2009, this Panel was supposed to “provide active and ongoing review by local constituents,” but still does not yet exist – seven years later.


Added Ms. Haimson, “Only with robust citizen oversight can we be assured that children’s personal information will be safeguarded with appropriate restrictions and protections. We recently learned that the NYSED has decided to reverse their earlier decision to put the personal data of all public school students in the State Archives, potentially forever; but this decision should never have been made in the first place.  It reflects a deficient understanding of federal law and insufficient concern with the right to privacy that all children should enjoy.”


Allison White, parent and co-founder, Port Washington Advocates for Public Education, said: “I hope the CPO will put parental concerns about student privacy and security ahead of all else. It's time the profits of tech companies and the greed of those seeking to privatize public education took a back seat to the concerns of parents seeking to protect children.”  Ms. White’s request for her child’s data last year was improperly denied initially with a demand for payment by Tina Sciocchetti, the state’s previous temporary CPO.


“There needs to be stronger oversight and enforcement of the law,” said Fatima Geidi, NYC parent, whose child’s disciplinary file was illegally posted online by Eva Moskowitz, the CEO of his former charter school, in violation of the Family Educational Rights and Privacy Act (FERPA). “We need someone at the state level who is looking out for the interests of New York families, rather than ignoring our concerns.”
"The appointment of a Chief Privacy Officer may bring some sense of student data protection, but until parents have the right to consent or opt out of the use of their child's individual personal data beyond the school level, data will continue to be at risk," said Lisa Rudley, Westchester County public school parent and founding member of NY State Allies for Public Education.