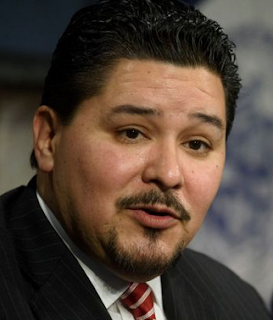 More on this fast-developing if infuriating story in the Daily News here.

This morning at Tweed, Chancellor Carranza spoke about his opposition to the long-standing DOE practice of allowing charter schools to use the DOE mailing lists.  He said no final decision has yet been made to change this practice– contrary to what reporters had already been told about this as late as last night and parents this morning.  He asked for parents to make their voices heard about whether they wanted this practice to continue or not.
For more on this issue, see our press release here, with quotes from parent leaders, which among other things points out that DOE is the ONLY school district in the country that provides this info to charters voluntarily, helping them recruit their students, take their space and their funding, which is now costing our schools more than $2.1 billion per year.  See also Diane Ravitch's blog, which hypothesizes that the Mayor chickened out when the news leaked out prematurely and he got blowback from the wealthy and powerful charter lobby.
Grace Lovaglio streamed Carranza's remarks to CPAC on Facebook live.  He addressed the student privacy and charter school recruitment issue for about ten minutes at 36.25 minutes in.  A rough transcript of his remarks follows:
Carranza says that he has not gone to any parent meetings where he has not heard about the “predatory nature” of charters and all the mailings.   He tells the story of one parent who told him that only one of her children not to get the mailings is the one who tested gifted and not the ones w/ IEPs.  The Mayor has spoken that this is not okay. …now somehow this has become that the district is going to cut this off. I cannot speak to whether or not this is going to happen.
The charter organizations are going to the media saying that this is unfair….I want parents to have all the info they need to make an informed decision. I do not believe that it is  the responsibility of the DOE to provide this info to charters and help in some cases to  destroy our public schools.
Then he talks about co-located charters with millions in private funding to ramp up their programs…. So they should use some of those millions to do your own recruitment.
It’s a fundamental fairness issue, I cannot tell you what’s going to happen.  If parents feel strongly about that it is not ok and that your child’s personal info  should not be subject to corporate charter organizations out to recruit your kids, this  should not be painted as big bad mayor or big bad chancellor wants to take away parent choice. [clapping]
Important that parent voices I’ve heard all across the city are speaking up about how you feel about this issue. It’s going to be critically important now is the time as conversations are already happening.  What we’re going to release about supervision we are going to do and about access. . We are not announcing anything today…But the conversation should absolutely start today.
A parent says something…
Then Carranza talks about asking for possibly requiring affirmative parent consent –I’ve heard from parents, the mayor has heard from parents.  I have to get on a call about this very issue….
Parent asks a question about schools and funding –
A lot of issues.  I want to speak transparently, unvarnished.  I personally as an educator I’m not  anti-charter b/c I can’t tell you that every one of 1800 schools I’d be comfortable sending my child to, but that drives me every day to make sure they are.  But how can I support any system structure or practice that denigrates the very work we’re trying to -  how can I help someone load up a moving van and give him the gas for the van and steal my furniture.
I have responsibility as chancellor of DOE to call this out.  But what you’re going to hear, they’re going to characterize this that I’m fighting with charter schools and its going to get  personal that I’m trying to destroy charters.  That doesn’t bother me but what bothers me is this… is that it gets confused.
When I’m in Harlem and D3 and they show me how they’re doing the hard work to improve their schools and recruiting families and yet about the saturation of charters in that district, we fight it in Albany but Suny approves it.  At some point you have to take care of your own..
[parent, says that’s right, finally, finally]

Parent Grace Lovaglio ends the session by saying to her phone: Thank you so much! You heard it heard first that the charter school issue is going to be addressed finally after years of abuse and getting funds…getting student info because Bloomberg sold out. I’m just so happy that Chancellor going to address this issue.
Posted by Leonie Haimson at 4/11/2019 04:03:00 PM