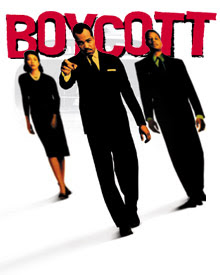 Yesterday, some of us who participated in the survey focus groups asked parents to return the new survey, due to be distributed this week, with its questions crossed out and a suggested statement on the top saying “We want real parent input – as well as smaller classes, less testing, and new priorities at Tweed to deal with the real problems in our schools.” (You should of course feel free to substitute whatever sentence you like about what our schools really need to improve.)

In response, the Mayor said at his news conference that those of those of us who are calling for real change only want to “subvert the system and sit around and complain and not make it any better.”

No one who participated in the focus groups was ever out to “subvert the system.” We volunteered in good faith and spent many hours over two days, to provide realistic and relevant suggestions so that this survey would be useful. We were told that our input would determine the questions asked. Instead, most of the issues we cared about were censored, for no apparent reason.

Moreover, those who signed our letter include members of CECs, President’s councils and other active, engaged parents who work hard every day, for no pay and little recognition to try to make this system work better for our kids. Not one of them can be called a slacker or a complainer.

We were all extremely disappointed that our input was ignored – and that questions about class size, overcrowding, the amount of testing and test prep in our schools, the curriculum, the principal’s attitude towards parent input and involvement, and/or whether there is a functional School Leadership Team in our schools were all omitted.

There is also nothing in the survey that relates to the specific needs or satisfaction of two populations especially badly served by our schools: ELL and special ed students. Instead, there are many questions that did not come from us and whose rationale is difficult to explain.

For example, here’s one: “How often during this school year have you contacted a teacher or other adult at your child’s school to share with them important information about your child’s learning?” The choices given are “At least once a week” (!), “About once a month”, “ Once every few months”, “Once or twice this school year” or “Never.” The same question, with slightly different variations, is repeated four times– and for no apparent reason, except to put the responsibility on us if our children are not getting the education they deserve.

In the press release yesterday, the Chancellor proclaims grandly: "Our ads say, 'When one parent speaks, schools listen; when one million parents speak, schools change,' and it's true. I'm looking forward to learning from our parents, teachers, and students.”

His statement implies that if we all just responded to the survey, he would listen to us and adjust his priorities accordingly. Yet from the very beginning of the process, representatives from DOE and KPMG made it clear that no questions would be allowed that pertained to any systemic problems at our schools, the style of leadership at Tweed, the many restructurings, and/or whether any of the administration's changes have helped our schools succeed.

highly disingenuous for the Chancellor to claim now that that he expects to “learn” anything as a result of the survey, when the survey was explicitly designed to omit any questions that might pertain to his leadership or overall direction.

Moreover, even on the school level, the results of the parent survey will only account for 3-5% of any school’s grade. Instead, 85% of the grade will be determined by test scores, as filtered through many manipulations and formulas that no one will understand. For more on this see our blog here:

Last year, I emailed Jim Liebman, the head of the accountability initiative, and asked him whether there would be any accountability system proposed for those running . He responded this way: [YES, SYSTEM IS IN DEVELOPMENT.]

Rather than waiting forever, we will design and distribute our own survey, which will include not only questions that were left out of the censored version, but also about how we feel about the direction of those running Tweed-- who once again, have shown how little regard they have for real parent input, even when it come to the design of the parent survey itself. More on this, soon.

For news about the parent survey and our call for a boycott, click here for News 4 and here for Channel 7 news. Here for WNYC radio.Here are links to articles in the NY Times, NY Post,

The parent survey is posted on the Class Size Matters website here, along with our letter to the Chancellor and his response.Take a look, and remember to send it back, corrected – with a demand for real parent input, and your own priorities addressed, whatever they might be.

Picking fights and name-calling is not acceptable behavior for a 1st grader, let alone a grown man who thinks he should be president.

I respectfully disagree with your suggestion on this petition - at least in terms of not filling out the survey. These surveys are designed to get parent feedback on schools and regardless of what I think about the Chancellor or the Mayor I have opinions about my son's school that I want to communicate. Write what you want on the survey but I really think people should also complete the survey - otherwise we're missing an opportunity to have our opinions about schools known. We have opinions about policy, but school-level concerns are separate, but equally important, areas of interest to parents. I bet more parents citywide have strong opinions and concerns about things happening at the school level than they do about policy.

Can you really draw such a sharp line between what you call "policy" and "what happens in the school"? Consider these questions that were not asked:

Are there are too many kids in the class for the teacher to give my child the attention he needs? Is the math curriculum is too easy, too hard or all wrong? Are there science labs? Does the teacher spend all day preparing my child for standardized tests instead of engaging in richer activity? Does the principal listen to my concerns with an open mind? As a parent, can I have a voice in the education of my child through the school leadership team?

Sure, some of these questions may be policy issues but at the same time they are all "things happening at the school".

I, of course, agree that policy and "what's happening at the school" intersect, but there are school-level issues that are not entirely policy driven and this is an opportunity to get some of those addressed.

I looked at the survey on the city website and a lot of the questions address many concerns that I most often hear parents and teachers complaining about (and I interact with many parents and teachers from all walks of life through my work, so it's not just what I hear at my son's own school - or my husband's, he's a teacher). This is not at all to say that those policy concerns aren't important, but I think both areas require input and this is an opportunity to address some of the school-level issues.

The other issue that I think is important is that these surveys do factor into school grades. Personally, we're prettyhappy with our son's school, though I have some concerns - most of which are addressed in survey questions. (It might surprise you that I think that class size at the school is reasonable, test-prep didn't drive instruction except for a brief window about 2 weeks before 3rd and 4th grade ELA exams - and even then it was not "teaching to the test" but focusing on concepts that would be covered on the test, and while I don't love the math curriculum every single teacher my son has had has used Everyday Math as a springboard for broader instruction - none of them have stuck strictly to the program). The surveys are the part of school grades that are outside test scores and by opting out of participating in the survey you could have the ironic outcome of freighting the test results more heavily on school scores, rather than less so. I think we agree that schools should not be evaluated on test results alone, and this survey (whatever you think of it) was designed to get community feedback on schools in order to give context to test results in grading schools. By opting-out, you not only miss an opportunity to get your school-level concerns addressed, but you also could hurt outcomes at your local school, which I don't think you're aiming for.

I do think Tweed should have taken the opportunity to get feedback about systemic issues while they're going to the trouble and expense of doing this survey, but I think I can raise that complaint while still responding to the survey itself. That's all I'm saying. In other words, I think the the questions asked on the survey are good, worthy questions at the same time that I think the survey doesn't cover everything it should. So I'm going to take the opportunity to respond to those questions, and also to argue that broader policy questions should be included in the survey (though not incorporated into school scores, because it's not necessarily fair to grade a school based on parent satisfaction over class size if the school doesn't have the resources to reduce class size).

remember that the parent survey will count at most between 3-5% of a school's grade -- with 85% based on test scores.

Many of us believe that the survey is nothing more than a figleaf -- so the administration can claim they have taken the parents' views into account when the actual input will be minimal at best.