Why the school grading system, and Joel Klein, still deserve a big "F" 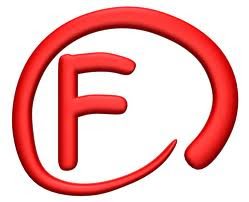 Amidst all the hype and furor of the release of today’s NYC school "progress reports", everyone should remember how the grades are not to be trusted. By their inherent design, the grades are statistically invalid, and the DOE must be fully aware of this fact. Why?

See this Daily News oped I wrote in 2007, in which all the criticisms still hold true, “Why parents and teachers should reject the new grades”.

In part, this is because 85% of each school’s grade depends on one year’s test scores alone – which according to experts, is highly unreliable. Researchers have found that 32 to 80% of the annual fluctuations in a typical school’s scores are random or due to one time factors alone, unrelated to the amount of learning taking place. Thus, given the formula used by the Department of Education, a school’s grade may be based more on chance than anything else.

Now Jim Liebman admitted this fact, that one year’s test score data was inherently unreliable, in testimony to the City Council, and to numerous parent groups, including to CEC D2, as recounted on p. 121 of Beth Fertig’s book, Why can’t U teach me 2 read.” In responding to Michael Markowitz’s observations that the grading system was designed to provide essentially random results, he admitted:

“There’s a lot I actually agree with, he said in a concession to his opponent…He then proceeded to explain how the system would eventually include three years’ worth of data on every school so the risk of big fluctuations from one year to the next wouldn’t be such a problem.”

Nevertheless, the DOE and Liebman have refused to comply with this promise, which reveals a basic intellectual dishonesty. This is what Suransky emailed me about the issue, a couple of weeks ago, when I asked him about it before our NY Law school “debate.”

“We use one year of data because it is critical to focus schools’ attention on making progress with their students every year. While we have made gains as a system over the last 9 years, we still have a long way to reach our goal of ensuring that all students who come out of a New York City school are prepared for post-secondary opportunities. Measuring multiple years’ results on the Progress Report could allow some schools to “ride the coattails” of prior years’ success or unduly punish schools that rebound quickly from a difficult year.”

Of course, this is nonsense. No educators would “coast” on a prior year’s “success”, but they would be far more confident in a system that didn’t give them an inherently inaccurate rating.

Given the fact that that school grades bounce up and down each year, most teachers, administrators and even parents have long figured out how they should be discounted, and justifiably believe that any administration that would punish or reward a school based on such invalid measures is not to be trusted.

That DOE has changed the school grading formula in other ways every year for the last three years also doesn’t give one any confidence….though they refuse to change the most fundamental flaw. Yet another major problem is while the teacher data reports take class size into account as a significant limiting factor in how much schools can get student test scores to improve, the progress reports do not.

There are lots more problems with the school grading system, including the fact that they are primarily based upon state exams that we know are themselves completely unreliable. As MIT professor Doug Ariely recently wrote about the damaging nature of value-added teacher pay, because of the way they are based on highly unreliable measurements:

…What if, after you finished kicking [a ball] somebody comes and moves the ball either 20 feet right or 20 feet left? How good would you be under those conditions? It turns out you would be terrible. Because human beings can learn very well in deterministic systems, but in a probabilistic system—what we call a stochastic system, with some random error—people very quickly become very bad at it.

So now imagine a schoolteacher. A schoolteacher is doing what [he or she] thinks is best for the class, who then gets feedback. Feedback, for example, from a standardized test. How much random error is in the feedback of the teacher? How much is somebody moving the ball right and left? A ton. Teachers actually control a very small part of the variance. Parents control some of it. Neighborhoods control some of it. What people decide to put on the test controls some of it. And the weather, and whether a kid is sick, and lots of other things determine the final score.

So when we create these score-based systems, we not only tend to focus teachers on a very small subset of [what we want schools to accomplish], but we also reward them largely on things that are outside of their control. And that's a very, very bad system.”

Indeed. The invalid nature of the school grades are just one more indication of the fundamentally dishonest nature of the Bloomberg/Klein administration, and yet another reason for the cynicism, frustration and justifiable anger of teachers and parents.

Also be sure to check out this Aaron Pallas classic: Could a Monkey Do a Better Job of Predicting Which Schools Show Student Progress in English Skills than the New York City Department of Education?

Maybe it's time for an all-out AUDIT on NYS to NYC transfers of money. And I repeat...Where is the $200 million for lower class size?

It's perhaps even more damning to BloomKlein that they started out by doing some good, hacking at a few areas of dead wood and dark forests of bureaucracy. Instead of building on that momentum and using it for further good, they did just about the worst possible things to public education, and did it in ugly, unethical and illegal ways. I used to question whether there was actual fraud and malice afoot or just bad decisions and unfortunate appearances. Now, I only question whether the border of criminality has been crossed, and when in the future will they be prosecuted in the history books and lectures of education professors and public policy experts.

It is very sad that the Bloomberg and Klein team have no idea how foolish they look. The grades they give are meaningless,based on the fluctuating test scores only.How can a school go from A to F in one year and what does it mean. Nobody really cares what really goes on at the schools,nor does it matter.Children are even judged differently based on their test scores. What a disaster they have created in the once proud NYC school system.

In the Article in the Washington Post (10/10/10) by Joel Klein and other educators.
I've been shocked to see
criteria (plural) for
criterion (singular).