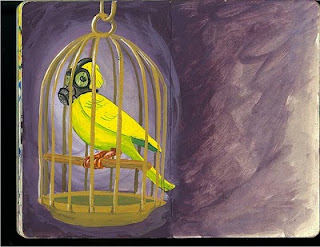 The legacy of Mayor Bloomberg and his reforms on education may very well be a footnote vilifying the extent of damage impacted on a generation of students in New York City. The story of Maxwell HS should be a canary in the mines of what is to come for the rest of the city. Situated in East New York, Brooklyn - arguably one of the most difficult neighborhoods to learn and teach in – the school proudly ran vocational programs that actually placed students in viable careers.

The students in the optics program ran a free eyeglass clinic for all the students and staff in the building. Anyone who needed to replace their glasses came with their prescription or old frame. The students measured the lenses, cut new lenses, fitted them into new frames – and instead of paying 200 dollars, one received a new pair of glasses free of charge. Not only were students learning a valuable professional skill, but they were helping those in a community who may desperately need a new pair of glasses.

The students in the cosmetology program were not the most academically minded. If you remember the musical Grease, beauty school may not attract the next generation of Nobel peace prize winners. But that program was doing something that very few schools can claim – keeping struggling kids interested and motivated to come to school. The attendance of cosmetology students were among the highest at Maxwell. These same students that might otherwise shun a high school degree, could be seen hard at work in the barbering and nail technology labs. They would attend academic classes with their mannequin heads in hand and struggle through tough courses so they could continue what they loved to do.

Our health care students boasted of having the New York State president of the Health Occupations Students of America – a national student organization. Through internships in hospitals and instruction under a practicing physical therapist – our students have enrolled in medical and nursing programs throughout New York.

Just as in the case of Jamaica High School, all these programs are being abandoned by Mayor Bloomberg. Since our freshmen enrollment is down to sixty students – thirty teachers had to be excessed. At one point there were 300 students slated for our school, until the city violated the spirit of the judge’s ruling and sent out reselection letters to these students “in case” the city won the appeal. Our excessed cosmetology teacher is being replaced with a wood shop teacher from another school. There are not enough vision students to keep up the program. What was once a legitimate career alternative and stepping stone to college is now on the brink of vanishing.

Ironically, the mantra always touted by the mayor’s DOE is, “putting children first”. By not hearing the pleas of the students, parents and teachers in these “failing schools”, the mayor is putting his ego first. He said as much in his radio program – where he denigrated the desires of parents to keep these schools open. The mayor seems intent on breaking the teacher’s union, and if that means putting the 1 million plus students in harms way, disenfranchising parents and their voices, and vilifying thousands of dedicated teachers – so be it. If the reformers win, it will be a pyrrhic victory – and history will show, there were will be very few winners to show for it.

Positive educational reform will never work without lots of hard work collaborating with all stakeholders, ESPECIALLY STUDENTS, PARENTS, AND TEACHERS. John Dewey warned us about experts running schools. It's those who actually have to walk in the shoes who are in the best position to tell you where they pinch.

And the Deformers know it can never naturally work. So, they pump money in where they want, break the law, lie, and create and tout rigged data in a desperate attempt to force gentrification, especially in the big cities, and make the nation more competitive with countries like India and China.

The good thing about your information is that it is explicit enough for students to grasp. Thanks for your efforts in spreading academic knowledge.

My brain is now full of stain to which very hard to roll over and need to spill out an oil to make smooth again.