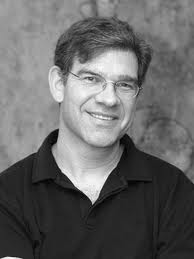 The SUNY committee decided to table the motion to hike the fees of Eva Moskowitz's controversial charter network by 50%, probably because of a dynamite column by Juan Gonzalez today.  Here is the account of what happened by Noah Gotbaum, chair of the Overcrowding and Charter Committee of Community Education Council in District 3.
There was no discussion before the Committee decided to table the motion to double the management fees of Success Academy network.  Ken O’Brien (SUNY Charter Committee Chair) just came in, called the meeting to order and then said that the Committee was “tabling” the fee portion of the merger resolution and that the rest would be discussed and voted on later in the meeting.
In addition to the Committee and Charter Schools Institute reps Ralph Rossi and Susan Baker-Miller, about 30 others in the room in the room included a half dozen from Success (Jenny Sedlis , legal counsel from Paul Weiss, usual parents), Lindsay Christ (NY1) and Ben Chapman (Daily News), and two dozen from our side, including Jim Devor and many from New York Communities for Change, complete with great signage.  All in this mahogany lined board room.  Surreal.
Some discussion about what would be on the agenda, prior resolutions, ground rules with O’Brien alternately praising CSI’s “great work” while repeatedly saying there would be no public discussion or comments.  After about 15 minutes, he called for an Executive Session and asked us all to leave, to which a number in our group asked “what are you hiding?” and “why are you shutting out the public?”  O’Brien then called the guards in while the counsel explained that they were discussing privileged and confidential lawyer/client information regarding the charter replication process.
We were then pushed out to wait downstairs for about 45 minutes after which we trudged back up to hear Baker-Miller and Rossi provide the Committee with a powerpoint presentation on the replication process and then the Success merger, the latter which had never been undertaken previously in NY.  Much self-important talk of “accountability,” “financial and academic performance,” “streamlining,” and nuts and bolts of all.
After about 20 minutes O’Brien called for a discussion of the Success Merger resolution.  There was none.  Zero.  Not a word.  Resolution wasn’t even read.  He then called for a vote at which point I call out: “where is the public comment?!”  Silence.  I then called out again and asked what happened to the comments from Friday’s public hearing?  O’Brien:  “there will be no public comments!”
I asked again: “I understand that you are not taking public comments at this meeting but we want to know what happened to the comments made at the hearing and via email to SUNY and the DOE?  What happened to those?  Did you see them?”  More Silence.
O’Brien gets up and motions to guards who enter the room.  “Why hold a public hearing if you aren’t even considering what was said by the public?”  O’Brien then motions for a vote, awkward five second silence while he waits for a second to his proposal which finally comes, and then the unanimous voice vote – no roll-call, boom.  Then immediately “meeting adjourned” after which O’Brien and Committee members flee into an ante room leaving Rossi, Baker-Miller a stray member, three or four guards and angry community members.
A bunch of us then stand across the table from Rossi and push him on why hold a public hearing if the comments are not discussed by the Committee or even given to them? “Not required” he tells us.
“What?” we ask.
Rossi continues: “The only comments we are required to consider are those submitted by the District, who in this case is represented by the Chancellor - and he didn’t submit any.”
“So again, why hold a public hearing if you only are obligated to consider the Chancellor’s opinions?” we ask.  “The hearing was publicized – terribly – for the public, not for Walcott” we add.
“If Walcott wants to consider what is said at the hearing and incorporate it he can, but he didn’t,” we are told.
“So what happened to our comments?” we ask.
“They were recorded and given to the Chancellor and to us” he says.
“No they weren’t,” we say.  “They weren’t even written down by the DOE.”
“Well, we get a summary of them,” he says.
“Really?” we ask. “Have you received them?”
“I will have to check…” says Rossi.  Conversation and meeting over.
Obviously Juan Gonzalez’s article embarrassed SUNY into tabling Eva’s management fee increase.  In short, they were “caught” and didn’t want to deal with the uproar today.  But am sure they will figure out a way to get Eva her extra millions, we just won’t hear about it.
And Eva obviously needs the extra cash since she now has a more streamlined and efficient structure.  Although when I worked in the business world, increased efficiency led to lower costs not higher.  What am I missing?  Maybe the funds are going to increased services like self-contained classes?  But wasn’t she required to provide those previously?
Oh this is all so confusing.  Maybe that’s why the SUNY Trustees just leave all these difficult decisions up to their staff at the Charter Schools Institute.  They, like Eva, Bloomberg, Michelle Rhee and her hedge fun financiers at Students First, know far better than we parents do what’s best for our kids.  Thank goodness for them…
Posted by Leonie Haimson at 4/24/2012 07:36:00 PM

When the light got turned on, the rats scrambled.

I suspect waay back in the day Frau Dr. Professor Moskowitz's lunch money got stolen at Stuyvesant, and, darnit, somebody's got to pay!