NYC Teacher supports parents opting their children out of standardized testing and wishes she could as well! 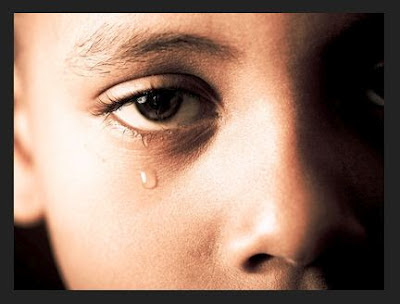 The Sun Came Out: A Vignette from A Day of State Testing

Guess what happened the first day of state testing last spring? The sun came out! We had the 5th coldest and wettest spring on record in the Pacific Northwest. Why should I mention that the sun’s rare appearance? Because the weather is another variable that is beyond my control. A small mix of special and general education students are hard at work except one. He’s done 2 questions on the 5th grade science test in over 40 minutes. Mercury was a troubled general education student in my inclusion science group. Despite years of SIT meetings over Mercury’s academics and behavior, and multiple efforts for intervention, Mercury’s father refused consent for special education evaluation. Mercury liked science, and was a kind and caring partner to the inclusion students. He shared exploration work without taking over, which is a rare attribute for general education students partnering with special education ones. He had the academic skills to pass the science test, but I doubt he did. He had the typical kind of problems that stem from an abusive, neglectful, and unstable home. He and his little brother live with their elderly father in a church basement, which was one step above being homeless. Drug addiction has taken over their mother’s life. Mercury spent the week before spring break in my classroom while most 5th graders were away at camp. Mercury was too volatile be with the substitute who taught the rest of the non-campers. (My room was his usual buddy room whenever there were substitutes or he was having a hard day.) Before that he had been suspended for throwing a chair and breaking a computer, and saying revolting things to his pregnant teacher. Besides being suspended, (it was one of many suspensions of the year), he was switched to another 5th grade classroom, because the teacher refused to have him back in her class. All of this and more were factors on that first sunny day in months, as Mercury sat ignoring my prompts to do his test. I reminded him that if he did not finish his test that he would have to eat his lunch in Mrs. S’s room instead of in the lunchroom, and miss recess until he was done, but if he got to work right away he’d have plenty of time to finish. From his horrified and surprised reaction at the prospect of missing the lunchroom and recess to finish the test, one would think it was news to him. It was not, but the sunshine and the anticipation of playing basketball with the friends he had not seen in weeks given the suspensions, spring break, and camp were more than this volatile student could handle. Ten minutes later, he handed in the test. It was just enough time for fill in the bubbles, but none of the lines for the written responses had any writing on them.

Perhaps, I should not have reminded him about being sequestered away from peers at lunch and recess for not completing the state tests? I assured him that he could join my students when we went outside later in the afternoon whether they missed recess or not, but Mercury knew that my students gave him no challenge on the basketball court. The test makers rest assured that Mercury and kids like him would spend not one solitary moment discussing the tests at lunch or at recess. They know that sunshine and basketball are far more important.

I have just retired after forty-two years as a teacher in the NYC public school system and has seen many changes over my many years in the classroom. The crime being committed against the children with this high stakes testing is outrageous. No longer are our children able to use their imagination,thinking skills or read for enjoyment. Everything is based on the ridiculous test scores and schools,teachers,children,neighborhoods and probably even the corner deli is judged by these tests. Even kindergarten has changed where children not ready for it are forced into an emphasis on the basics without any chance for play time,socialization,music.art and adjusting to school. The real shame of the matter is we do not really prepare many of our children for the future,but nobody cares as long as we get high meaningless test scores.I can not tell you how many times I heard my principal in a lower class neighborhood talk only about the importance of test scores over everything else and how we must prepare all our children for college an impossible task based on the composition of our 1400 student elementary school.

Principal said to tell student "it's up to him whether he passes or fails - whether he takes the test seriously or chooses to fool around!" NO, it is up to you, principal to stand up for the principles you know are right! Stop psychologically abusing the students and families you serve!

Here is the conclusion: "It is in school that most people learn to expect and accept that some expert can always place them in some sort of rank or hierarchy. It is in school that we meet, become used to, and learn to believe in the totally controlled society. The school is the closest we have yet been able to come to Huxley's Brave New World, with its alphas and betas, deltas and epsilons - and now it even has its soma. Everyone, including children, should have the right to say 'No!' to it."