Check out hilarious clip below of Anthony Cody reacting to Betsy Devos testifying before the US House of Representatives on Wednesday that larger classes have benefits to students.  Anthony, who is a former teacher and a fellow board member of the Network for Public Education, got up at the crack of dawn to attend these hearings and we're glad he did.

Not to detract from the absurdity of her comments, I'd like to point out that individuals including Bill Gates and our Michael Bloomberg have made similar absurd claims.  In fact, Anthony Cody himself rebutted Bill Gates' damaging ideas on class size in the Washington Post.

In a one-to-one meeting, I asked our former Schools Chancellor Farina to back her claims, oft-expressed in town hall meetings, that larger classes were good for children's social-emotional learning.  Of course, she never did because that research doesn't exist.

Right now in Ontario, the education minister Lisa Thompson has announced that their government intends to increase class sizes in high schools from 22 to 28 students per class.  As justification, she has maintained that this will make students "more resilient."

That research doesn't exist either.  To the contrary,  there is abundant evidence to show that students' persistence, effort, engagement and self-esteem -- all linked to success in schools and later in life -- are significantly increased when class sizes are smaller.


What's the message here?  Though Betsy DeVos deserves ridicule, so should all the other class size deniers who are trying to force their wrong-headed views on other people's kids -- and in the process deny them a quality education.
Posted by Leonie Haimson at 3/29/2019 02:41:00 PM 1 comment: 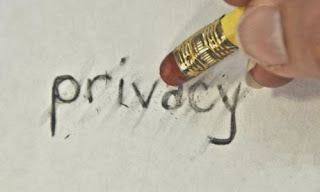 As a result of the controversy over inBloom and related issues, the NY State legislature passed Education Law §2-d in 2014, with the goal of protecting the privacy and the security of student data that schools, districts and states as well as their contractors collect and disclose. After nearly five years, the NY State Education Department has finally issued proposed regulations to be used in enacting and enforcing this law.  The deadline for commenting on these regulations is this Sunday, March 31.

Our Parent Coalition for Student Privacy, along with NYSAPE and Class Size Matters, has sent detailed comments to NYSED on how these regulations should be improved, especially as they omit several important provisions of the law.  We have also prepared an email you can send NYSED in support of our proposed changes by clicking here .  You can of course alter this email in any way you like, or send your own comments to REGCOMMENTS@nysed.gov , but please remember the deadline is Sunday.

2.      Also, today is SAT day in NYC schools and in many other districts and states across the country.  The College Board not only asks students many personal questions in their pre-test surveys before they take the exam without making clear that answering them is voluntary, but also sells the information they collect to other organizations and companies at 45 cents per name.  An article about this practice was published in the NY Times last summer.  Meanwhile, the US Department of Education has also advised states and districts that allowing the College Board to ask certain sensitive questions of students in school without parental consent which it then shares with other organizations may be illegal, according to three federal laws: FERPA, IDEA and PPRA.

Please ask your children what questions they were asked in the pre-test surveys,  and whether they were informed that answering these questions was purely optional.  If they provided any personal information you don’t want shared or sold, you can opt out of the Student Search Service on the College Board website, and/or  demand that College Board delete the data.

Please also let us know if you find out that certain questions were asked of your kids that you consider overly sensitive by emailing us at info@studentprivacymatters.org
Posted by Leonie Haimson at 3/27/2019 04:11:00 PM No comments:

Here is  Leonie Haimson speaking on the myriad benefits of smaller class size, especially for children considered at risk; how class size has skyrocketed in NYC; and how a lawsuit, proposed legislation, and adequate funding could remedy this equity issue.

Thank you to S4E Media for the videos.

Last night the Mayor, the Chancellor and NYC Department of Education officials spoke at a Town hall meeting for Manhattan parent leaders at P.S. 153, Adam Clayton Powell School.  A video of the entire meeting is posted here.  Mayor de Blasio and the Chancellor have scheduled these meetings in all the five boroughs as part of their push for the renewal of Mayoral control.  As de Blasio said last Friday at the Senate hearings on mayoral control and school governance, he knows they have to do a better job listening to parents and they will be trying to do so over the next few weeks.

Among the highlights (or low lights)  of the meeting:

Cheryl Watson- Harris, First Deputy Chancellor of DOE, admitted that they made a mistake sending letters to parents at schools that just made the state list in need of Comprehensive Support.  These letters said their children's schools were among the lowest-performing in the state and informed them they had the right to transfer their children to higher-performing schools. See yesterday's post about this.  Though the DOE claimed in the Principals Weekly this transfer option is required by federal law, that is  untrue.  The transfer option, known as "Public school choice" under the previous law NCLB is not required by either the feds or the state.

Rather than simply saying that sending these letters to parents was wrong, Watson-Harris said the letters went out "prematurely" and that the DOE would "support" any parents  "if their option is to go to another school."

See the video taken by Kaliris Salas-Ramirez at the meeting.

See also the video of Mayor de Blasio's comments below  that while he is aware that class size is the number one concern of parents (the issue has come up at every parent Town Hall meeting this year), he is looking for savings in the DOE budget and he cannot afford to hire more teachers to lower class size.

No one followed up by asking why the Mayor can afford to spend hundreds of millions of dollars on hiring more teachers to expand classes for four year old children and now three year olds,  but not a dime to hire more teachers to lower class size in Kindergarten or any higher grade.


In the above video, the Mayor claimed he is building more schools without any help from the federal government or the state, saying "It's our money." Actually, the state provides matching funds for every dollar the city spends on school construction or repair.

He also claimed that they are "making progress in the here and now" on relieving overcrowding and providing more school space.  The reality is that the new five-year capital plan is so back-loaded  that fifty thousand out of its fifty seven thousand new seats won't be built until 2024 or later - long after the he has left office.

By then our schools will likely be even more overcrowded than ever, due to rezonings and rampant housing development throughout the city, as well as the further expansion of 3K in our elementary schools.  This year they added 3K classes to seventeen schools that were already at 100% or more.

When de Blasio leaves office, his record in each of his two terms in building new school seats will be worse than that of any of Bloomberg's three terms. See below - with data taken from the Mayor's Management Report and the new proposed five-year capital plan.


See also this graph from our report The Impact of PreK on School Overcrowding on the projected timeline for finishing seats in DOE preK projects by year compared to K12 schools in de Blasio's first and second terms.  The contrast is stunning:


One more word about the Mayor's evident bias towards PreK.  A few weeks ago, I wanted to see to which elementary schools the DOE was admitting new 3K, preK and Kindergarten students for next year. Given the lack of transparency at DOE, the only way I could figure out how to do this was by logging into the DOE website, creating imaginary profiles for three young children, and searching to see which schools  had openings.  I never completed the application because I didn't want to disrupt or disturb the enrollment process at these schools.

All in all, the Mayor's focus on expanding PreK is so extreme that he has reneged on his responsibility to improve the learning conditions of NYC children once they turn five.
Posted by Leonie Haimson at 3/21/2019 12:22:00 PM 2 comments: