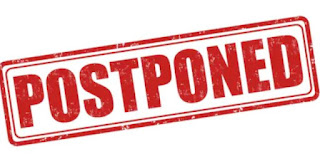 This event has been postponed due to unforeseen circumstances.  Will let you know as soon as its rescheduled!


Please join Class Size Matters and NYC Kids Pac to rally for smaller classes on Wed. January 29 in front of City Hall at noon; with City Council hearings focused on the class size issue to follow, starting at 1 PM.  A flyer you can share with others or post in your school is here.

The rally and hearings are an ideal opportunity for parents and teachers let the Mayor and the Council know that there can be no equity or excellence for NYC kids until the city lowers class sizes, which are 15-30% larger in our public schools than in the rest of the state.

We will be urging them to provide dedicated funding in next year's budget specifically to hire extra teachers to reduce class size, starting first in the lower grades and in struggling schools.
Class sizes have risen sharply since 2007 in every part of the city, and this year there were more than 275,000 students in classes of 30 or more.

Please come to our rally and stay for the hearings afterwards to show your support. If you'd like to testify and would like talking points, we have posted them here.   We also have more information about class size trends citywide, as well as data specific to your district here.

Email us info@classsizematters.org if you'd like to speak at the rally or testify at the hearings.
Posted by Leonie Haimson at 1/16/2020 08:21:00 PM No comments:

Our class size lawsuit argued in the Appellate Court yesterday!

Yesterday, the class size lawsuit against the city and the state that we filed more than a year ago, along with nine NYC parents from every borough and the Alliance for Quality Education, was heard in the Appellate court in Albany.

Our pro bono attorney, Wendy Lecker of the Education Law Center, did a fabulous job, those of us in the courtroom agreed, which included two of the parent plaintiffs in the lawsuit, Litza Stark of Queens and Johanna Garcia of Manhattan, along with Johanna’s daughter Hailey, back from her first semester in college. NY Senator Robert Jackson, who spearheaded the Campaign for Fiscal Equity case, was also there to support us, as well as retired teacher Norm Scott.

A panel of five judges listened intently as Wendy related how the NYC Department of Education had violated the state Contracts for Excellence law passed in 2007, which specifically mandates that the city lower average class sizes in all grades over five years – but instead, class sizes had sharply increased so that they are now far larger than they were when the law was first passed.  In response, the attorneys for the city and state tried to argue that since the five years outlined in the original law had lapsed, there was no longer any requirement for the DOE to lower class size.

Yet as Wendy pointed out,  the state legislature renews and reauthorizes the C4E law every year, including its class size mandate, with no specific end point for when the city’s obligations would cease;  thus this is indeed a continuing requirement on the part of the DOE.

The attorneys for the city and state also claimed that the court has no jurisdiction over this matter, but that the Commissioner of Education has the sole power to determine whether the city had adequately complied with the law.  Yet as Wendy counter-argued, the court indeed has the authority to decide whether the Commissioner has accurately interpreted the language of the statute, and the court's authority to do so in regards the C4E law was specifically re-confirmed in 2011 by the Appellate judges in 2011. By essentially nullifying the city’s class size obligation under the law, Wendy said, the Commissioner had essentially usurped the legislature’s role.

Though one cannot predict how the court will rule, those of us in the room felt that Wendy’s arguments were far stronger than those of the city or state attorneys, who did not even try to dispute the facts in the case: that class sizes had increased sharply since 2007, and this had unfairly deprived NYC students of an quality education.

In any event, the Appellate Court will likely not issue any decision until this summer at least, and we are not content to sit back and wait for this to occur.  Instead, we are urging the Mayor and the Council to put a down payment on the quality of our children’s education by allocating specific funding for class size reduction, starting next year in the early grades and in struggling schools.  More on how you can help with this soon.
Posted by Leonie Haimson at 1/14/2020 08:44:00 PM No comments:


Join us tomorrow Wed. Jan. 14 at 10 AM on WBAI 99.5 or wbai.org when I interview Cassie Creswell of IL Families for Public Schools and attorney Scott Drury about the federal class action lawsuit vs. the College Board for selling student data.

Then we will also speak to NY State Senator Robert Jackson about the Legislature’s battle over state education funding and charter schools.