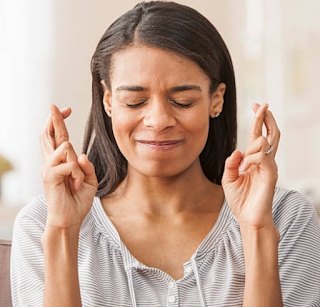 LAWSUIT TO ENFORCE MANDATE TO REDUCE CLASS SIZE IN NEW YORK CITY SCHOOLS MOVES FORWARD
The plaintiffs in a legal action to enforce a mandate to reduce class size in New York City public schools filed their brief on May 23 in an Albany appellate court. The lawsuit began in June 2017 as an administrative petition demanding that the State Commissioner of Education, MaryEllen Elia, order the NYC Schools Chancellor, the New York City Department of Education, and the New York City Board of Education to comply with the law. When the Commissioner dismissed the petition, the plaintiffs brought the case to court.
The plaintiffs in the case are nine New York City public school parents, as well as Class Size Matters and the Alliance for Quality Education, two prominent New York public school advocacy organizations. Education Law Center Senior Attorney Wendy Lecker is representing the plaintiffs.
Under a state law known as the Contract for Excellence, or "C4E," the NYC Chancellor and the Department and Board of Education are required to develop a five-year plan to reduce class size to target averages in three grade spans: K-3, 4-8, and 9-12. After the law was enacted in 2007, New York City developed a plan which was approved by the Commissioner in 2007.
The City never fulfilled the 2007 plan within five years, or by 2012. Nor has the City implemented the 2007 plan or any other plan that complies with the C4E law. As a result, class sizes now are as large or even larger than they were in 2007. Between 2007-2016, for example, the number of students in classes of 30 or more in grades 1-3 increased by 4,000% to over 40,000.
In dismissing the Petition in 2017, the Commissioner ruled that since the 2007 plan "concluded" in 2012, or five years after it was approved, the petition was moot even though the City never implemented the plan. The plaintiffs challenged the Commissioner's decision in State Supreme Court, which "deferred" to the Commissioner's interpretation of the term "within five years" in the C4E law.
The plaintiffs have now appealed to the Appellate Division. They argue that the Commissioner misinterpreted the C4E law. The five-year endpoint in the law was the deadline the Legislature imposed to accomplish class size reduction. It was not the date at which the City's legal obligation would magically disappear. Moreover, the lower court wrongly deferred to the Commissioner's interpretation of the C4E law.
"The NYC Department of Education has violated the Contract for Excellence Law for over a decade because of its refusal to reduce class size," said Leonie Haimson, Executive Director of Class Size Matters, a plaintiff in the lawsuit. "As a result, more than 336,000 students were crammed into classes of thirty or more this fall. Our thanks to the Education Law Center for representing Class Size Matters and nine NYC parent plaintiffs in this important appeal. If the Appellate Court decides on the basis of the law and the facts, it will require that NYC students finally receive their right to a sound basic education with the smaller classes they need and deserve."
"Class size is an important factor in determining whether students have the opportunity to succeed in school. Ensuring that every student has a chance to succeed is our moral duty. Following the law shouldn't be a choice. We hope the court ensures that the students of New York receive their constitutionally granted right to 'a sound basic education,'" said Marina Marcou-O'Malley, Operations and Policy Director for the Alliance for Quality Education.
Oral argument in the appeal will likely take place in the late summer.
Education Law Center Press Contact:
Sharon Krengel
Policy and Outreach Director
skrengel@edlawcenter.org
973-624-1815, x 24
Posted by Leonie Haimson at 5/29/2019 01:57:00 PM