Why is DOE planning to spend $321 million on contracts, including $200 million on busing we aren't using, when schools are closed and facing nearly a billion dollars in budget cuts? 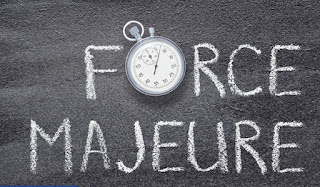 Sue Edelman of the NY Post just published a story on the proposed DOE contracts being voted on Wednesday, April 22 by the Panel on Educational Policy.

Many of these contracts are simply breathtaking in their expense, especially at a time of school closures and huge budget cuts planned to public schools for next year.

The spreadsheet I created from these proposed contracts shows they add up to $321 million, including extending busing contracts for $200 million for the month of March with an automatic extension for another $200 million in April -- buses we aren’t currently using and don’t need.

The proposed spending also includes $4.4 million to hire nurses for this school year, when we have an oversupply of nurses already on staff, given school closures; and $3.4 million for professional development this year which is also not being used, at a cost of $17 million over the life of the contracts, despite the fact that the Chancellor has said he plans to cut PD next year.

All this is especially incomprehensible given how the Mayor and Chancellor have proposed to slash public education by $827 million in next year’s budget, including $100 million to be taken directly out of school budgets

Among the other items in the list is $1.2 million for Accenture consultants for unspecified "advice" during the Covid crisis, with no hourly wage mentioned, even though in past administrations hourly wages were including in these documents, as well as $40.5 million for IBM to "stage" and send iPads to students.  The cost of the iPADs themselves aren't mentioned.


See  the letter from Comptroller Stringer, sent yesterday, asking the DOE hard questions about about why they are extending the busing contracts, and pointing out that these contracts, even if they were ongoing, have a Force Majeure provision allowing them to be cancelled in case of an emergency. As Wikipedia explains, Force Majeure means that either party is freed from carrying out its terms when an extraordinary event or circumstance occurs, such as a war, strike, riot or epidemic.

Nothing in the documents references the current state of school closures due to the ongoing COVID-19 crisis, nor the fact that the school bus fleet has been effectively idled since the last full day of school in New York City on March 13th. This lack of information and context engenders confusion and begs for an explanation.

Given the extreme budgetary pressures faced by the City amid the COVID-19 pandemic, it would seem contrary to all sense of fiscal prudence that the City would continue to pay for services that can no longer be rendered for the remainder of the school year. Every dollar must be leveraged to respond to our current public health crisis and to offset other proposed cuts to city schools.

If DOE suspended our busing contracts now, the DOE would save $700 million through the end of the year – even after paying for the two weeks in March when they were used. This would prevent the need for most of the cuts planned for next year, including most importantly the entire $100 million planned for school budgets.

In Sue’s article, the DOE is quoted as simply saying, “We are constantly reviewing and adjusting our processes in the interest of our 1.1 million students during this unprecedented public health crisis. We are reviewing Comptroller Stringer’s letter.”

At the PEP contract committee meeting that occurred on Friday, the DOE’s Chief Financial Officer Lindsey Oates admitted that most of these contracts were posted 45 days ago, before the schools were closed, which leads one to question, why are they still going ahead with this egregious spending now?

Stringer’s letter is below.