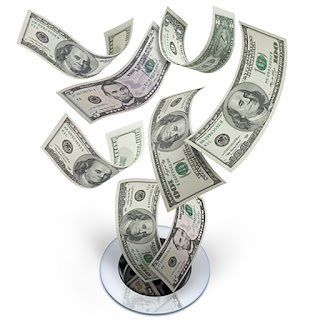 Another update 4/20/20: Sue Edelman reports that the PEP meeting is postponed for a week; her article contains other important info including that the iPADs that the DOE is purchasing from Apple cost $625 each, according to City Council sources; compare that to the $230 cost of a pretty good laptop at Best Buy, which is far more useful for writing and editing purposes.

Sue Edelman reported last night of how the DOE is proposing to extend busing contracts through the end of June, at a potential cost of $700 million, despite the fact that our schools are closed and there is no busing happening or needed.  The next morning, we heard from several reliable sources that Wednesday's meeting of the Panel for Educational Policy when these contracts were to be voted upon, has now been postponed until April 29, presumably to allow DOE to reconsider the need for these contracts and hold additional discussions with Panel members, though we have not heard a peep about this officially or from the DOE itself. Update: DOE has now posted the postponement here, which you see when you click on April 22, 2020 meeting.
See also my earlier blog post about this and other wasteful spending being proposed by DOE, which is especially mind-boggling given the fiscal crisis we are facing.  My blog also includes a letter to the Chancellor from the NYC Comptroller, pointing out that some of these busing contracts contain a Force Majeure clause, which means that either party can cancel them when faced with extraordinary circumstances, including epidemics.
When I first looked at these contracts last Tuesday, I was simply astonished.  Even though I am used to DOE's profligate ways, I haven’t been this flabbergasted since on a Sunday night, six years ago, when I was leafing through a list of proposed contracts to be voted on the following week.
That Sunday night, February 22, 2014, I  noticed that the DOE was proposing to award $1.1 billion in one year for computer wiring and internet devices, extendable to two billion dollars over two years, to a company called Custom Computer Specialists, a contractor that had been named in a notorious DOE kickback scheme a few years before.
In that case, the PEP rubber-stamped the contract, with only one member voting no - despite great investigative digging by Juan Gonzalez and other reporters, revealing how wasteful and rotten this contract really was.
Luckily, in that case, as a result of all the scandal generated, the Mayor's office ended up cancelling it, and DOE re-bid it awarded it months later to other contractors, with an estimated savings to city taxpayers of between $472 million and $732 million.
The renewal of these busing contracts represent as much potential waste – and worse, at a time when the city has proposed budget cuts to education of over $800 million.
If you'd like to hear the explanations put forward by the DOE for these contracts at the PEP Contract committee meeting held on Friday, the video recording is here.
If you find anything they said at all convincing, please note this in the comment section below.  --