Jedi vs. the Sith at the December PEP meeting 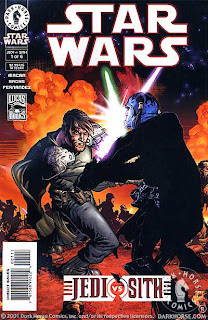 Last night’s meeting in the Bronx was devoted to the DOE answering questions from members of the Panel for Educational Policy.

Patrick Sullivan, the appointee of the Manhattan borough president, had prepared questions on a range of important issues including class size, overcrowding, charter schools, special ed, low achievement in middle schools, cell phones, SLTs, and others. The responses to these questions and the ensuing discussions were surprisingly illuminating. There were also a few questions submitted by Brooklyn rep Wendy Gilgeous (who wasn’t there to hear the answers) and one from Mayoral appointee Richard Menschel. None of the other ten members of the panel bothered to submit a single question.

Neverthless, Patrick’s list was comprehensive, and he asked astute follow-up questions and debated the Chancellor and other members of his SLT (Senior Leadership Team) on several points. He effectively engaged with Chancellor Klein, Linda Wernikoff, Marcia Lyles, Chris Cerf, Kathleen Grimm, and Garth Harries. As my nine-year old son would say, he was like a Jedi warrior, fighting off a whole army of Siths.

Here are some of the highlights:

Though all the DOE officials had seen the questions in advance, Chris Cerf seemed especially shaky in his responses on the two questions that Klein sent his way.

Cerf argued that there was no violation of the consent decree since supers still would perform all their statutory responsibilities, including appointing and evaluating principals, and fulfull their disciplinary responsibilities. (But how well? And based on what knowledge?) He also said that the fact that supers are working outside their own districts was based on their own preference, since they had said it would put them in an “awkward” position to evaluate the schools they were supporting (why?). He added that this redefinition of their roles was not necessarily permanent, and would be re-evaluated each year.

In response, Patrick pointed out that their new duties would make it impossible for supers to achieve their core mission, including grooming new principals, and that one could argue that the district superintendent's role was essentially eliminated. He added that he thought that this was a grave error, since many important problems are not getting resolved, but are “bubbling up into the political apparatus” – and that the whole structure doesn’t make any sense, even on a temporary basis. He compared superintendents to divisional regional VPs in the corporate world – and said that they should have a deputy to perform the sort of data analysis involved in the accountability initiative. Chris Cerf said that he “respectfully disagreed”.

Cerf said that there were only 12 members (!) of the communication office, with a budget of $1.3 million, which he argued was not excessive given a total education budget of $17 billion.

( But do any other city agencies spend nearly that much?)

Cerf also said it was totally “appropriate” to tape Diane (though he refuted that it had happened more than twice), and to prepare a document tracking her positions (though he said there was no dossier). Diane was a very prominent commentator, he said, and had supported several policies and then had seemingly turned against them once adopted by DOE. He said there were no other critics who were being tracked in this way, although Richard Menschel humorously suggested that the DOE should also be “keeping an eye" on Patrick.

There was a lot more said on both sides, and it is a pity there weren’t more people there to hear it.

A unique evening at the PEP, where, for once, the serious concerns of parents got equal time with DOE blather. Hats off to Patrick!
Posted by Leonie Haimson at 12/18/2007 08:01:00 PM