Bloomberg recruits child labor via school newsletters for his campaign 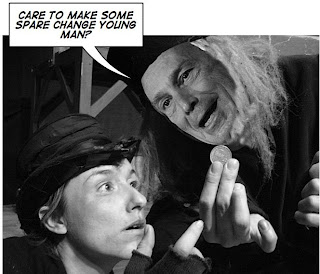 Talk about politicizing our schools….

Tweed won’t let people hand out leaflets for CEC candidates in school buildings because it is too “political”, but somehow Bloomberg is allowed to use school newsletters to recruit high school students for his re-election campaign. Reportedly, some schools have been persuaded to even offer course credits to students who work for his re-election!

Talk about killing two birds with one stone: Bloomberg is able to artificially raise graduation rates and obtain cheap child labor for his campaign with one fell swoop.

Reminiscent of the tactics he used to coerce organizations that received city money to testify on behalf of the extending term limits....it is increasingly clear that there are no limits to how far he will go to get his way.

Had this sort of corruption occurred in the days of the old Board of Education or Community school boards you would never have heard the end of it --- especially from the tabloids and mainstream media. But again the billionaire bully is able to break all the rules and get away with it.
Posted by Leonie Haimson at 4/09/2009 02:20:00 PM

Let me get this straight!! Bloomberg runs a commercial where he states that his economic recovery plan for the city will create 400,000 jobs and states, Jobs are the most important thing. Then less then 10 minute later the 6 o'clock news reports that the mayor is threatening to lay off 7,000 city workers!!! This happened last evening on New York channel 7 eyewitness news. Any mayoral hopeful should utilize this double talk.