Banning bake sales: another way Bloomberg is trying to kneecap our public schools 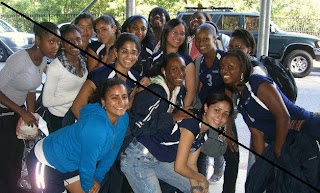 It isn't enough that budgets keep getting cut, superintendents are banned from visiting schools in their own districts, and classrooms practically have kids hanging out of the windows, they're so crowded. Now it's banning bake sales as student fundraisers during the school day; while requiring that all student stores buy from a particular vendor chosen by DOE, no doubt at inflated prices. How about no hot dog and cotton candy eating on July 4th, and no pumpkin pie on Thanksgiving while we're at it? This is just adding another nail in the public school coffin, hiding behind a phony argument about "wellness."
The implication that school bake sales are a major contributing factor to child obesity is beyond laughable. If the DOE was truly concerned about children's health, they'd make a real effort to ensure that schools had adequate budgets and time for recess and gym classes instead of worrying about the Chess Club selling cupcakes to raise money for transportation so they can compete in a tournament somewhere. [Editor's note: most NYC schools violate the minimum hours for physical education required by the state, and many lack gyms altogether; see this Public Advocate's report and this from the Bronx Borough President.]
Having been involved in multiple bake sales as a teacher/club advisor and as a PTA officer, this latest diktat just sickens my stomach.
There's just no end to the ways this administration keeps trying to kneecap the public schools. Now they want to kneecap athletic teams, cheerleaders, student governments, senior trips, after-school clubs, and pretty much any other activity that relies on funds not granted by the DOE. To say nothing of the student camaraderie and initiative that comes out of these fundraising events. Yeah, YOU go out and try to sell trail mix and key chains as a school fundraiser -- good luck!
When I became involved as PTA President at Manhattan Center for Science and Math high school in East Harlem, we took over a parent association that was dormant to the point of comatose, with about $300 in the bank and virtually no parent involvement. We used coffee and donuts (donated gratis by a local Dunkin Donuts shop) to help bring parents to our PTA table set up on Parent/Teacher Conference evening and days, and we used a cheesecake sale through Ashley Farms as one of our first halfway decent fundraisers. On those same parent conference nights, we'd see the cheerleaders with a table set up with homemade cakes/cupcakes, and the Advanced Science Research kids were doing the same thing upstairs on the building's third floor. Not to mention the various candy and other bake sales sponsored by the freshman class, the seniors, and various clubs.
These fundraisers not only bring in needed funds, they get kids involved working toward a common goal, and they usually end up integrating the parents into the activity in some way (if only by baking something at home). This is just one more way for the DOE under Klein to assert control -- by removing it from parents and students -- under the absurd guise that they actually care about students' health. This is more than just government as overreaching Mommy, it's a way to reduce local initiatives and parent involvement. It also perversely undercuts the various clubs and student activities that help make schools more than just educational factories and test prep mills, the things that differentiate schools from one another and make them attractive to parents.
Why would we want public schools to look attractive when we have the choice of all these wonderful new, privately-operated charter schools? So at the same time Joel Klein is attending the 2009 grand opening celebration for the Harlem Success Academy charter schools at the Roseland Ballroom (not exactly the school gym), he’s telling regular public school parents and students that they can’t sell homemade cookies or cupcakes in their school lobbies or cafeterias to raise a couple of extra dollars. The day will come when New Yorkers will look back and wonder where their public school system went. By that time, we'll have McDonald's Elementary School and Nike High School. --Steve Koss
Posted by Leonie Haimson at 10/06/2009 12:19:00 PM

Not that they need too b/c they have millions in private funds coming in from the corporate world (who wants to privatize)... but I guess if you want a cupcake during the school day now, you'll have to take a trip down the hall to the charter school that was forced upon your building, because even though they recieve public money, they can still do anything they want... even, gasp... have a bake sale.

Leonie-answer this, The DOE has been insisting on a learning strategy "Differentiated Learning".
This forces the teacher to evaluate (ARIS) each student in every class and structure the lesson(s) based upon the students needs. How then can the DOE ignore and circumvent the need for class size?? Please look into this and add it to your most worthwhile efforts.

PTA's depend on these fundraisers to provide programs for students that the DOE doesnt want to provide, or cannot provide because of budget constraints.Bloomberg is a businessman, he wants to make all the money, be in charge of it, and do what he wants without interference. Just chalk up another way Bloomberg doesn't want parents involved in the system.

I'm going to suggest our school have a napkin sale. Sell napkins for $1.00--and if the napkin happens to have a brownie on top....

The ban on student bake sales is wrong and unfair. This was only enacted as a cheap way to make it look like they cared about student health. Also the money they get now that all school food is centralized. And I doubt any of that money from the new vending machines is going back into the schools like the old ones. In fact some students and me have started a petition against the A-182 Chancellor Regulation. We need money that is obtained from bake sales in order to raise funds for our clubs and teams. This is not helping our schools and it is not making kids healthy! Here is a link to the petition group on Facebook.

I am happy to say that my school has refused snack vending machines in an attempt to protest the ban on bake sales. everyone should push this issue as the only way to get change is to start from the top!!!