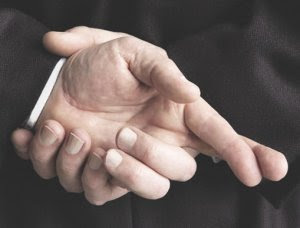 Bloomberg recently claimed to have fulfilled nearly all of his original campaign promises when it comes to education.
But guess what? There are some promises he left out. Here are some he made when he first ran for mayor in 2001:
Better Teachers, Smaller Class Sizes and More Accountable Schools
Studies confirm that one of the greatest detriments to learning is an overcrowded classroom. ... For students, a loud, packed classroom means a greater chance of falling behind. For teachers, class overcrowding means a tougher time teaching and giving students the attention they need. Here are a few new ideas to improve schools and standards, and to reduce class sizes:
Hire more certified teachers to reduce class sizes — especially in the K-3rd grades.
This clearly hasn't happened. Numerous audits from the state and city comptroller have shown the administration’s misuse of hundreds of millions of dollars meant to reduce class size. According to the Times, there are 1600 fewer classroom teachers and more than 10,000 additional administrators, secretaries, and out of classroom personnel since Bloomberg took office. Last year, class sizes increased by the greatest amount in ten years.
Take full advantage of federally-funded class size reduction programs.
This hasn’t happened either; only God and perhaps Brian Fleischer, the DOE auditor, knows how the city has spent millions in federal class size reduction funds. I take that back; probably Fleischer has no idea either.
Free up more space for students in overcrowded schools by moving bureaucrats out.
Actually, the Department of Education did move some district offices out of school buildings the first year of Bloomberg's administration, but with the creation of all the new small schools and charters in recent years, more and more administrative offices have eaten up classroom space and contributed to the worsening overcrowding crisis in our schools. Now it is common to see special education and intervention services given in hallways, closets and stairwells.
Here are even more unfulfilled campaign promises from Bloomberg’s first campaign:
“Promise: Integrate and coordinate early child care and education system to foster the healthy development of all children, especially those children who are low-income and disadvantaged.”
Actually, this year the city eliminated 3,000 daycare slots, throwing thousands of new students into already overcrowded Kindergarten classes.
““We should build a major high school and university complex on Governors Island in partnership with one or more of our great private universities. The room is there for athletic facilities, laboratories, workshops, classrooms, etc. This would also free up many existing buildings in all boroughs for junior high school, elementary school and special education uses.”
One small high school is due to open next fall on Governors island, eight years later, and far smaller than the major high school complex originally promised.
“Have the Transitional Finance Authority sell bonds backed by the sales tax revenues currently committed to paying of the Municipal Assistance Corporation debt that ends in 2007 and use that money to build new schools.”
Never happened. Instead, the share of city's capital spending going to school construction is at a ten year low.
“Assemble city-owned land for private development to build large-scale housing developments, schools and hospitals.
Never happened.
And how about this statement made by Bloomberg , regarding the use of city funds to build stadiums instead of schools, as quoted in the Times shortly after he was elected?
“I think everybody understands we have to modernize our facilities,” [Bloomberg] said at a news conference, separate from one held by Mr. Giuliani. “We have to have the best facilities for sports, for entertainment. We have to have housing, we have to have schools, and there are conflicting needs.”
Mr. Bloomberg added: “I don’t yet know the numbers, whether you could justify stadiums at this time. Clearly we’re going into very difficult economic times, and we’re going to have to make some choices.”
About 50,000 seats have been created in schools over the last seven years, with more than twice that number in the heavily subsidized Yankees and Mets stadiums. I guess he made his choices after all.
Posted by Leonie Haimson at 10/22/2009 06:31:00 PM

Even losing teams (baseball and football) find ways to fill seats during a losing season.

Why can't we find quick and easy to implement solutions to filling seats, or creating seats, in schools?

Why is education always left out of the commercial business opportunities?