The widening Murdoch scandal and the Wireless no-bid contracts: sign our petition now! 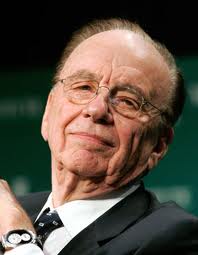 A widening scandal envelopes Rupert Murdoch’s News Corp, revealing how his employees in the UK hacked into the cell phones of murder victims, paid off policemen, and may have even stolen the medical records of the former Prime Minister’s newborn son.  What is indisputable is that his papers used offensively bullying tactics against elected officials to dissuade them from criticizing his methods or investigating his activities.  The latest allegation is that News Corp’s journalists may even have hacked into the phones of American victims of the 9/11 terrorist attacks, leading several US Senators to call for a Congressional investigation.

Yet the most important date you missed--November 12, 2010 that is the day Klein shifted $1 BILOLION dollars to the SCA for 200 new IZONE schools (why SCA for VIRTUAL schools is another question) This is the real prize and after 1 year he can access that money-----And the corruption starts right at the top Meryl Tischs husband is Chairman of K12 the largest online H.S. credit provider-conflict??--you bet

John Liu should be our next mayor.