DOE re lack of physical education in schools: what, me worry? 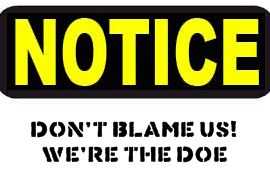 The NYC Comptroller released yet another devastating audit of DOE, this time on the lack of compliance with state regulations on the amount of physical education that students are supposed to receive in school.  Here is the  summary: here is the is the full report.


Shockingly, the audit found that not a single NYC school in their sample complied with state law when it came to fulfilling the state physical education requirements. This failure comes at a time of an obesity epidemic among children.
The DOE official response to the audit, which was included as an addendum, is even more shocking:

Physical Education is a subject area much the same as math, science & language arts…Though the auditors remark upon the lack of a central Physical Education “monitoring” presence, for sound reasons the Department does not centrally “monitor” compliance with NY State instructional requirements in any subject area.  Rather, our long-held policy is to empower principals to select curricula that best suit their students’ needs & to implement State subject area requirements.

Furthermore, the suggestion for centralized monitoring without defining how that would be accomplished given the scope of the undertaking – 1,700 schools attended by roughly 1.1 million students – and the severe limitations on resources, is not useful.
This is quite a radical statement.  Here, the DOE claims it bears no responsibility to ensure that the public schools under its control comply with state law.  Of course, with all the huge amount spent on data collection, it would be fairly easy to monitor the frequency that students are assigned  physical education.  DOE officials could do this through sampling student transcripts alone, which the auditors examined to confirm statements from principals.
In addition, the auditors could find no evidence that DOE had ever directly communicated to principals the state regulations on phys ed, found that several schools had no gym teachers or gyms, and the DOE had not filed the required physical education plan with the state since 1982!
The disclaimer of all responsibility on the part of DOE is a horrific statement from a city agency completely under the mayor’s control since 2002, which Bloomberg pledged would lead to increased accountability as New Yorkers would finally know who was responsible for running our schools.
And now we have the DOE’s answer, even when it comes to the city school system's violation of state law regarding our children's health and education: don't blame us!
For more on the results of this audit, see the Daily News and  NY Times.
Posted by Leonie Haimson at 10/05/2011 12:32:00 PM

The principal of the elementary school that my son attended in the 1980s rented out the school-yard to the Hasidic school next door and told the children of his own school to spend lunch hour playing cards. He claimed he was afraid of lawsuits if anyone got hurt in the yard.

What is most shocking is it took so long to expose this common practice that the DOE knew about and did nothing to correct it.

Aw, go on...if they monitor they are taking on responsibility. If the take on responsibility, they can be held accountable. If they are held accountable, some one has to take the blame. If they take the blame, someone has to be fired. If someone is fired, there's weeping and crying and gnashing of teeth....they will have lost their 60,00.00 to 100,00 dollars plus jobs and be part of the unemployed. Either way, we pay for it!

Will the long nightmare foisted upon the parents of this city ever end?

Bloomberg demanded that he get full control of the DOE without any checks or balances and then has the audacity to blame everyone else for his failures.

The people of NYC deserve some responsibility as well for enabling him by and for letting him get away with it.

If you want the problem fixed, figure out a way for his billionaire friends to make money and he'll contract out the solution to them for 100 or 200x more than it would cost to do through the DOE.

Oh yeah, and don't forget to blame the little people.

What people do not realize is that we have many Universities that have full physical education majors offered with the idea that after finishing one's studies, that there would be suitable employment. Yet, most principals use PE time as a way to add more time towards state test scores. If you were to look at the requirements to be a physical education teacher, you would be amazed. They have to take the same core science classes as any nursing, physical therapy or premed majors and more. The same core classes in all of the usual subject areas from English, foreign language, art, music, various history, the Greeks, nutrition, computers, statistics, math, economics, political science, you name it. Plus all of the exams for state certification that many teachers fail several times before they can pass. They have been called like an IQ test for some. An oral exam where you do a one on one interview with a special tape, provided by the state, that can not go in reverse. The questions are odd in that many deal with what you would do in a situation involving conflict with other teachers. You have to speak by the book. "I would try to approach them in a polite manner. If that did not work, I would seek abrogation through my immediate supervisor." Odd questions. Nothing about actual teaching. Sort of like a psychological test. A three year probationary period, six observations a year in those three years, a video tape of you teaching. The video tape of you teaching can not go in reverse either. You sit home for 8 months wondering when some strangers are watching you teach on video somewhere in Albany as far as you know. A masters degree on your dime while you student teach for free for a period of time before you start full time employment. No benefits like the civil service 20 year retirement jobs. You may be surprised to know that in a work force with so many women, there is no paid maternity leave. You use your ten accrued sick days per year to have a child. If you are new or have had illness in the past, you will not have any in the bank. You can borrow 20 and have none for the next two years to take off if you or the child get sick. After 20 days, you lose a days pay each day. No heart fund. No 20 years. A masters degree to even get the job. A second one if you want 4,000 bucks more a year salary. A background check with prints and processed through the FBI data base. New hires out of college will work 40 years roughly to see retirement pay. If disabled in the line of duty, no 75% of base salary. You will be awarded between 33% and 66%. A board decides that. What if they say 33%? How do you live? With summers off, you may think that teachers should not complain. They are paid for ten months a year. Not for the summers. They just have a payroll system set up to pay you ten months over 12 months so the checks keep coming. If their spouse only gets vacation a certain time of year with her job, you will never have an actual vacation with each other. You can't take vacation days time pick because there are no vacation days. Only sick days. Take off to do that and you are stealing from the city they say and will be terminated. You wonder why people with such advanced science degrees would be so angry. Principals are using money that the state requires by law for PE to be used in other areas obviously. Each principal should be sued in all schools identified as being non compliant. It would open up a job market that should be open and combat obesity and the diseases associated with it. We are barely slightly improving test scores, less than 1%, yet our kids are the fattest in US history. Every study also shows the biggest advance in scores comes from participation in physical activities so I don't understand why a principal would not hire a PE teacher? The studies show that it would have a huge impact on state test scores. You can search that info if you don't believe me. Any say class action law suit by parents?