Hearings on the city's technology contracts; with hundreds of millions lost through waste and fraud 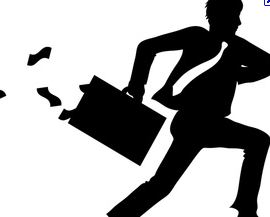 Today the NYC Council Contracts and Technology Committees held hearings about a new bill,  Int. 521A, that would require the city to report any contract whose cost has overrun by more than $500,000 or ten percent.

Of course, the city, in the person of Deputy Mayor Cass Holloway opposed the legislation, and claimed that it was unnecessary. [UPDATE: according to today's NY Times, the city doesn't oppose the goal of the legislation, but the amount of overruns that would trigger the report.]  Numerous city contracts, particularly those involving technology projects, that have run over into the billions of dollars. (See this excellent summary from Gotham Gazette.) Holloway also claimed to know nothing about the controversial $120 million Verizon contract, and why it was renewed this summer, despite the company's complicity in fraud against the DOE.

Henry Garrido of DC 37 gave powerful testimony as to how the city now had at least 521 contracts with consulting companies; fifty more than when (former) Deputy Mayor Goldsmith said they would bring more of this work in-house, after the huge CityTime scandal involving $80 million of stolen funds.  Garrido also said that he had a list of 1300 individual consultants who make an average of $400,000 per year off the city.  He revealed that the city had a new contract with a company called ChaCha Communications, for $28,000 per month for text messaging through 311; last month the city sent approximately 410 messages on the system, at $61 each.  But his most incisive point was how the city had abandoned a project that started in 2004 to train  city employees in technology skills, and instead is spending millions in federal grants training consultants instead.

Chris Shelton, Vice President of CWA District 1 testified on the $120 million Verizon contract; approved by the PEP in August even though Verizon had been found to have participated in fraud against the DOE, and had refused to pay back any of the money it took.  A few academic experts (I didn't catch their names) spoke about how to minimize waste and fraud by, among other things, avoiding huge projects and breaking them into smaller pieces as much as possible.


This is exactly the opposite of what the city did with the fraudulent Future Technology Associates contract, as Patrick Sullivan pointed out in 2009, and instead DOE officials appear to have purposely bundled lots of separate technology projects into one, facilitating the company's overcharging the city by millions of dollars, as later confirmed by Special Investigator Condon.
For more on this, and how the 2009 state legislation that revised school governance and that was supposed to bring more transparency and accountability to the DOE contracting process has completely failed, see my testimony below. It ends this way:

Mayoral control was widely justified as a result of a handful of Community School Boards that had embezzled funds or had hired relatives or friends to positions in schools.  Never mind that years before the adoption of mayoral control in 2002, these boards had already lost any power to hire staff or spend funds.  In any case, the profligacy, waste and fraud that has occurred in recent years under mayoral control have now far surpassed any two-bit corruption in past eras of NYC history.

Chancellors Klein, Walcott and other DOE officials have failed in their fiduciary responsibilities to taxpayers and our children; as have most of the members of the PEP.  But in a system of mayoral control, Mayor Bloomberg is the one individual ultimately responsible, by hiring incompetent and heedless administrators, and failing to ensure that there are robust mechanisms in place to prevent the theft of millions of dollars from our children’s schools, and from their futures.