The Kick-off of "Parents as Partners Week": Who is David Coleman and why should we care? 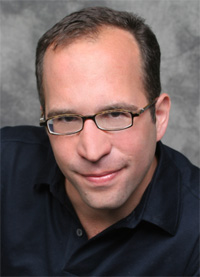 DOE officials are working hard, trying to persuade us that they now have a different attitude towards parents.  Next week is called “Parents as Partners” week, starting off with a meeting on Tuesday at Seward Park High School.  Though today’s DOE press release calls this “a conversation” with the Chancellor, the prescribed topic is the new Common Core standards, and parents will only be “allowed” to submit their questions on index cards.  Clearly, this will be no “conversation”.
In reality, the Common Core standards are being imposed from above, pushed by the Gates Foundation and others, with no proof of efficacy and no input from parents.
David Coleman, who is going to give a presentation on the CC, gave one last April to “educational leaders” hosted by SED; here are  videos and transcripts .  As reported in EdWeek:
Working under a contract with the Bill & Melinda Gates Foundation, an avid backer of the standards, David Coleman and Susan Pimentel wrote a pair of documents highlighting the key ideas of the standards and describing the qualities of instructional materials they consider a faithful reflection of them.
As of  August 2011, 44 states and the District of Columbus adopted the Common Core, in exchange for the promise of being considered for Duncan’s Race to the Top funds – though by law, the federal government is supposed to stay out of the business of prescribing curriculum.
While Coleman is credited as one of the primary authors of the ELA standards for grades K-8, he apparently has no experience of teaching students either in elementary or middle schools, though he does brag that he once attended PS 41 in Manhattan.  Here is his bio from the SED website:
Mr. Coleman's most recent initiative is Student Achievement Partners, LLC, an organization which assembles leading thinkers and researchers to design actions to substantially improve student achievement. In this process, rigorous policy analysis, research, and design are integrated to focus on the most significant outcomes for students. Student Achievement Partners serves foundations and school districts. Previously, Mr. Coleman founded the Grow Network ‐ acquired by McGraw‐Hill in 2005 ‐ which has become the nation’s leader in assessment reporting and customized instructional materials. Mr. Coleman was a lecturer at the University of London before going to work in the pro bono education area of McKinsey & Company. He is a Rhodes Scholar and a graduate of Yale University, Oxford University and Cambridge University.
Coleman is also listed as on the board of The Equity Project, Zeke Vanderhoek’s hugely hyped but underperforming charter school; Vanderhoek bragged on 60 Minutes about firing teachers that the year before, he had gone to great lengths to recruit.  His mother is Elizabeth Coleman, president of Bennington College, who eliminated tenure in 1994 and fired one third of the faculty.
The details of the Common Core are beyond my level of expertise, but one fact stands out:  Coleman has rigidly prescribed that in grades K-5, at least half of the material read by students must be non-fiction, or what he calls “informational text”.
As pointed out by Susan Ohanian, he also disparaged the writing of personal narratives in his speech hosted by SED:
“Do people know the two most popular forms of writing in the American high school today? …It is either the exposition of a personal opinion or it is the presentation of a personal matter. The only problem, forgive me for saying this so bluntly, the only problem with those two forms of writing is as you grow up in this world you realize people really don't give a sheet  about what you feel or what you think.”
Only the video shows that he pronounced the word “sheet” differently from the way SED chose to spell it.
Similarly, one could say the same about the attitude of DOE and SED towards parents.  Like so much else of they do, they want to inculcate us with the value of the CC, though they never bothered to ask us what we thought of it before adopting it.
Posted by Leonie Haimson at 10/21/2011 03:01:00 PM

Shame on Mr. Coleman! If he were a teacher making that statement in a classroom or in such a public venue, he would be professionally disciplined, harshly.
How dare the SED display such double standards!

However, when the 1% ARE trained to talk about the world at large, while the 99% are encouraged to write about...themselves and their feelings, learning to speak with confidence in the 3rd person is not disempowering!

I've just stumbled over this, not a US citizen but moved here from Germany for work reasons and slowly learning about the system and what differs. I'm a bit confused about that above blog entry so would be happy if the author could explain to me a few things as I'm only step by step starting to understand issues here in USA.
First and foremost I'm not sure what is wrong with the common core standards? This is the basic education system we have in Germany, it is the basic system in most western European countries actually. And the numbers about for example reading literacy in US cited from the National Assessment Governing Board 2007 and 2008 are bad.
Basically I'm not sure what the arguments are against it? Is there a write up somewhere?
What I got from your article is that you question the personal integrity of the PERSON who advertises for it from his past behavior. Which I can understand. But if the PROGRAM is good and reasonable, isn't it better to make sure it happens by taking it over and steering it with the integer people involved instead of damaging the whole thing by personal attacks?

Uli: there are substantive critiques of the Common Core standards by experts like Sandra Stotsky and James Milgram, both posted on our Parents Across America blog.

Just google those words and you will quickly find the links.

I personally oppose the arbitrary notion that kids must be assigned equal amounts of informational and literary text; as well as the denigration of personal narrative, which is an important literary genre that is important as well.

In addition, many parents (and others) oppose the federal role in pushing states to accept the Common Core n return for Race to the Top funds(esp. as by law, the fed govt. is not supposed to be involved in curriculum issues) and also the role of large unaccountable private institutions like the Gates foundation for designing them with little input from parents.

Finally, many of us fear that this will lead to many more standardized tests, developed by private testing companies, taking even more time and money out of our cash-strapped schools.

Here in NYC, they have bid out 406 new "local assessments" to be aligned with the common core that will be extremely expensive and time -consuming and will accelerate the downward slide of our schools into test prep factories.

hi..Im college student, this article is very informative, thanks for sharing :)