Parents shut out once again: Contracts for Excellence process in violation of state law 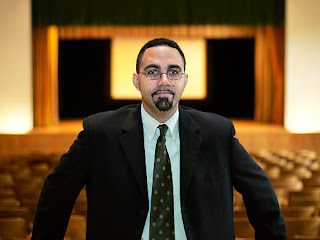 Check out this letter sent Wednesday to NY State Education Commissioner King, from the UFT, Class Size Matters,  NAACP & AQE, pointing out the numerous legal flaws as regards this year’s Contracts for Excellence (C4E) process.
The state and the city have together shut out parents and the public from any meaningful involvement in the formulation and implementation of the city’s overall C4E and class size reduction plan, contrary to law.  As the letter points out, the following are among the violations of law that have occurred this year:
·         The state asked to pre-approve the city’s proposed plan, before the public had a chance to see it or comment;
·         The city has failed to schedule borough hearings;
·         The entire comment, public review and approval is happening too late in the year, when most of the funding has already been allocated; making a mockery of the process set out in the law, that was supposed to take place last spring.
In addition, the city’s C4E proposed plan is supposed to be made publicly available well in advance of any hearings, and the DOE is supposed to do  outreach, to ensure that parents are able to be fully informed before commenting.
And yet to my knowledge, the city’s C4E  plan has still not been made public and little or no parent outreach has been done, with CEC presentations due to start next week, aside from one page on the DOE website.
We have prepared a power point and a sample resolution for Community Education Councils or PTAs to consider passing, about the city’s failure to reduce class size and the numerous flaws in the process this year. Please also let me know if you would be interested in having someone from Class Size Matters brief your CEC personally about the current situation with class size and the city’s violations of the C4E law.
Even worse, this year was  supposed to be the final year of the city’s five year class size reduction plan, as mandated by the state in 2007, and yet class sizes will be larger in all grades than when the law was first approved.
Posted by Leonie Haimson at 10/14/2011 05:04:00 PM

This parent/former New Yorker watches from afar in horror at the damage Mayor Bloomberg inflicts on education and democratic process. Thank you for vigilantly monitoring the DOE's multitude transgressions