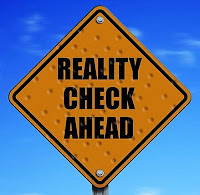 The privately-backed Fund for Public Schools has once again entered the public relations arena on behalf of Mayor Bloomberg and Chancellor Klein with television ads touting the “remarkable” gains made by NYC public school students in this year’s NYS Math and ELA exams. In so doing, they have joined every imaginable constituency from the UFT to the State Education Department to the editorial boards of major NYC newspapers in extracting as much credit as is humanly possible. After all, nobody’s personal or political agenda is harmed by rising test scores, so why not bathe in their afterglow, real or otherwise?

A few reports, such as Elizabeth Green’s story in the New York Sun or Jennifer Medina's in the New York Times have cast clouds of doubt over this year’s “too good to be true” results. It’s interesting, however, to step back for a moment, take a longer look at the data, and insert a little historical perspective (credit here goes in part to Sol Stern’s City Journal story, “Grading Mayoral Control” and Diane Ravitch's earlier posting in this blog from 2007).

To begin with, the DOE’s formal presentation of this year’s results makes the following self-congratulatory assertion:

Governor Pataki signed the legislations authorizing mayoral control of the NYC public schools on June 12, 2002. Joel Klein was appointed Chancellor in August, 2002 and spent his first year learning the system, creating task forces, and the like. As Sol Stern wrote, “Klein knew he couldn’t convincingly claim credit for the 2003 test scores, and he didn’t even hold a press conference to celebrate them.” Clearly, the earliest reasonable base year the Mayor and Chancellor can use for measuring the impact of their efforts would be 2003. Even starting with 2003 as the pre-Mayoral control base year assumes that Mr. Klein moved so quickly and forcefully in one school year as to achieve results in 2004 that could be attributed to the changes he had effectuated, but let’s be charitable and concede that possibility. So what do we see in looking at this year’s Summary Report numbers since 2003?

In 4th Grade Math, the five-year percentage point gain of students at Levels 3+4 shrinks from 27.7 points to 13.0, or by more than half. Furthermore, an inexplicable jump of 9.3 points in 2005 has never been duplicated; NYC 4th graders’ proficiency has only increased 2.3 percentage points in the last three years despite teacher bonuses, principal incentives, accountability threats, cell phone minutes and cash for students, and endless test preparation. In 4th grade English, we see the identical story. The DOE’s claimed 14.8 percentage point increase shrinks to just 8.9 points, and another inexplicable 9.9 percentage point increase in 2005 leaves today’s 4th graders only 1.8 points better off in terms of proficiency that they were three years ago.

To the extent that some of the test result increases are undoubtedly “real” (despite stories about cheating and suspicions that the tests are being "dumbed down"), consider the following viewer comment posted anonymously on NY1’s The Call blog (thank goodness there are still a few honest souls out there):

I am a fourth grade teacher in the Bronx, and my class is comprised entirely of Second Language Learners. Starting in November, we had to basically drop everything and teach to the test. I had to sit through meetings where my administrators would talk about "strategies" to help them succeed, like looking for key words. During this time, I was never teaching for learning, I was teaching to just scrape by on this test. We are told to stop teaching Science and Social Studies so we can do test prep. The students go until 5pm to the "Test Prep Academy" and in the two weeks before the test, we have to do ALL DAY TEST PREP. While the Language Arts test is challenging for second language learners, the math test is so far below what fourth graders should know it's just embarrassing! There is no long division, no double digit multiplication, no real problem solving that requires actual critical math application skills. I don't get to teach content, and I will leave for the suburbs as soon as I finish my Master's Degree.

Is this the price we have agreed and accepted to pay in our children’s education in order for Messrs. (and Ms.) Bloomberg, Klein, Weingarten, and others to wallow in their accolades? A devil’s bargain if ever there was one. SHAME ON US. ALL OF US.
Posted by Steve Koss at 7/09/2008 04:17:00 PM

One quibble with your great post. I don't see the Fund for Public Schools as "corporate".

Here are some of the big donors:

Looking at this we see the foundations and wealthy individuals whose ideological agenda drives policy in the public schools. It is no surprise they are willing to spend millions on ad campaigns to prop up Bloomberg's dubious legacy in the hopes of preserving mayoral control. The concentration of all the decision making authority in the hands of one person is essential for them to achieve their aims.

We cannot reverse the appalling situation you describe until we wrest control of our schools back from these people, none of whom, especially including "Vice Chair" Carolyn Kennedy, would ever send their own kids to public school.

Then, on the other hand you have the "famed" Catholic shcool education which begins teaching to the test approximately 5 weeks before.

The children are brow beat and stressed beyond belief. A years worth of information is forced fed to them. So, what method is better?