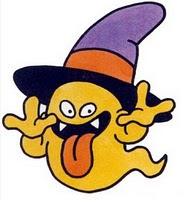 Twas the day after Christmas/Chanukah/Kwanzaa/…,when all around Tweed,
Not a creature was stirring, no one to take heed,
No stockings were hung by the chimney this time,
For the schools had been plundered by Bloomberg and Klein,
The city schoolchildren nestled snug in their beds,
Hoping to go back to school without dread,
Of their schools being closed, replaced by charters,
Finding a good place to learn would be harder,
But then on the lawn there arose such a clatter,
That Bloomberg and Klein knew something’s the matter,
Away to the window they flew like a flash,
Tore open the shutters and threw up the sash,
A host of pale figures, with ghostly shine,
Looked menacingly up at Bloomberg and Klein,
There were ATRs and teachers from rubber rooms,
And children fed up with crowded classrooms,
And angry parents who knew it not for the best,
For their children’s teachers to teach to the test,
With their students’ scores the only way,
They could gain the coveted merit pay,
Oh, Bloomberg and Klein, the fates for you,
Will be in the hands of this ghostly crew,
If you don't care to tend to the stakeholders’ needs,
You'll find it's the end of your control of Tweed,
Bloomberg and Klein just slithered away,
Too frightened to face this another day,
One only can hope that this lesson in dread,
Will not be lost on the Secretary of Ed.
Posted by Gary Babad at 12/23/2009 01:14:00 PM

thank you Gary, this is true and funny and sad all at the same time.